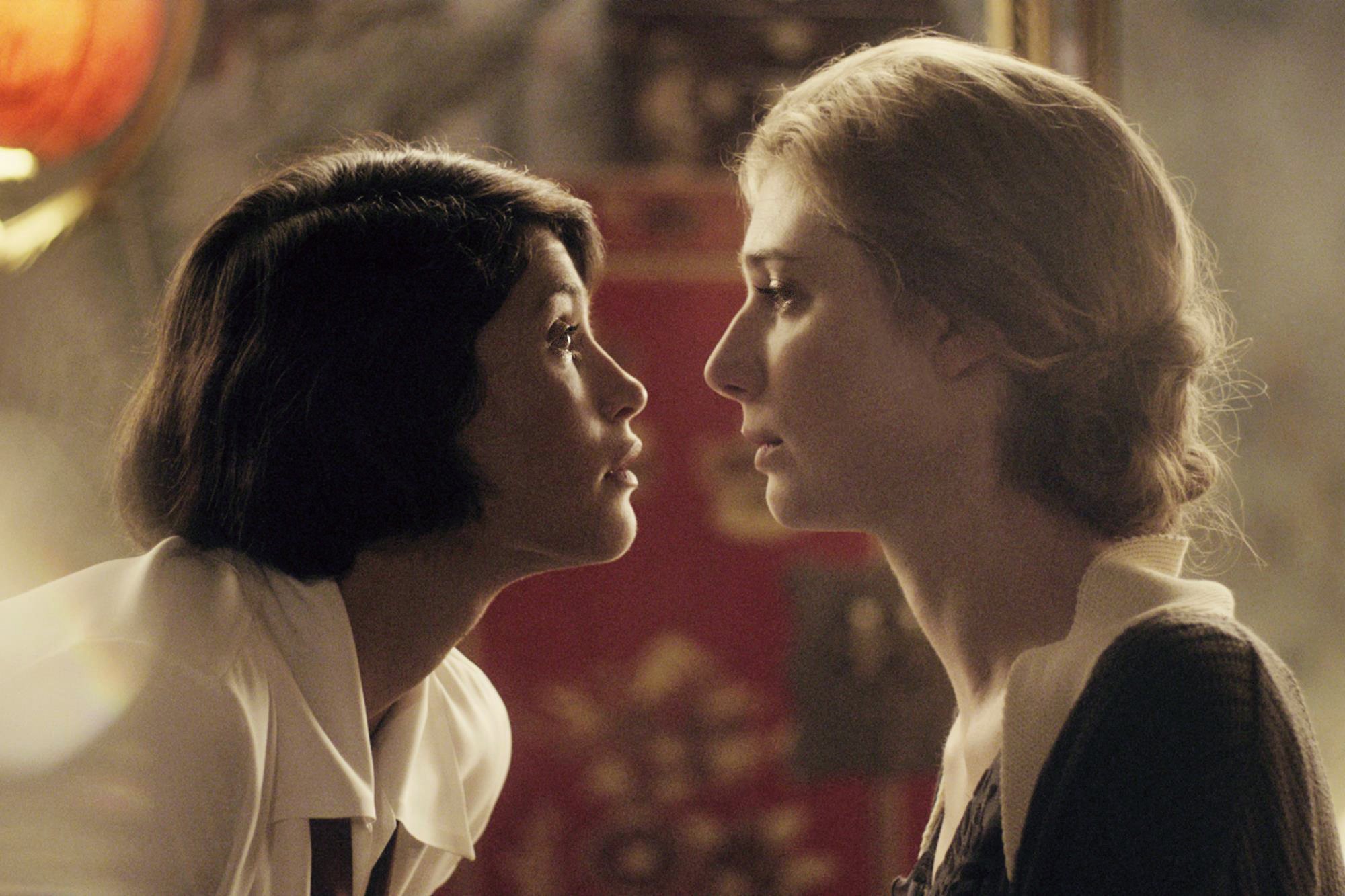 When capricious socialite and writer Vita Sackville-West (Gemma Arterton) first glimpses Virginia Woolf (Elizabeth Debicki) at a bohemian party in Chanya Button’s Vita & Virginia, the latter is the midst of a dance, her head leaning back and arms freely swaying in the air. It’s an uncharacteristic moment of outgoingness for the author, who by this time in the early 1920s has had only modest success, and the throbbing ambient techno music that underscores the scene lends her and Vita’s desires a strange and striking modernity. But the film doesn’t fully commit to such anachronistic flourishes in its portrait of the two women’s tumultuous love affair, instead frequently falling back on the stately demeanor of countless other historical biopics and period pieces.

Vita’s deviousness and unpredictability does, for a time, make for some compelling proto-feminist drama, thanks in large part to Arterton’s bold performance. Vita is amusingly blasé in the face of both her heiress mother, Lady Sackville (Isabella Rossellini), who protests to her dressing as a man and openly having affairs with women, and her diplomat husband, Harold (Rupert Penry-Jones), completely dismissing his concerns about maintaining their marriage of convenience. Elsewhere, Debicki is left with the difficult task of dramatizing Virginia’s escalating strife, and with little help from a script that basically skirts over the serious mental health issues that plagued Woolf throughout her life. In fact, Virginia’s joys and struggles as they arise from Vita’s hot-and-cold treatment of her are rarely given any concrete form aside from the occasional ham-fisted touch of CGI-enhanced magical realism, as when vines grow out of the woodwork when Virginia returns home after first sleeping with Vita.

Outside of these moments, Virginia’s interiority is given similarly blunt expression through her relationships with her passive yet understanding husband, Leonard (Peter Ferdinando), her lively artist sister, Vanessa (Emerald Fennell), and Vanessa’s roommate, the flamboyant painter Duncan Grant (Adam Gillen). Each of these archetypes always seems to be conveniently on hand to explicitly outline the details of Virginia’s emotional state. The only time her thoughts and emotions, as well as Vita’s, are articulated with any nuance is through a series of epistolary interludes that see Arterton and Debicki reading the love letters that Sackville-West and Woolf wrote to one another. And yet, these moments are so awkwardly and unimaginatively incorporated into the film, with the actresses speaking their words directly into the camera, that the letters’ flowery language is effectively drained of its poeticism.

Vita & Virginia eventually lands on Woolf writing her breakthrough novel, Orlando, which was inspired by her relationship with Sackville-West. But as Button gives us only a vague sense of what drew these two vastly different women together, she leaves to the imagination how Sackville-West had such a lasting and profound effect on one of the great authors of the 20th century. In Orlando, Woolf writes, “Illusions are to the soul what atmosphere is to the earth.” There’s more ambiguity, complexity, or passion in that one line regarding the elusive and illusory qualities of Vita’s love for Virginia than there is in all of Button’s film.

Review: Ready or Not Ribs the One Percent with More Laughs than Horror