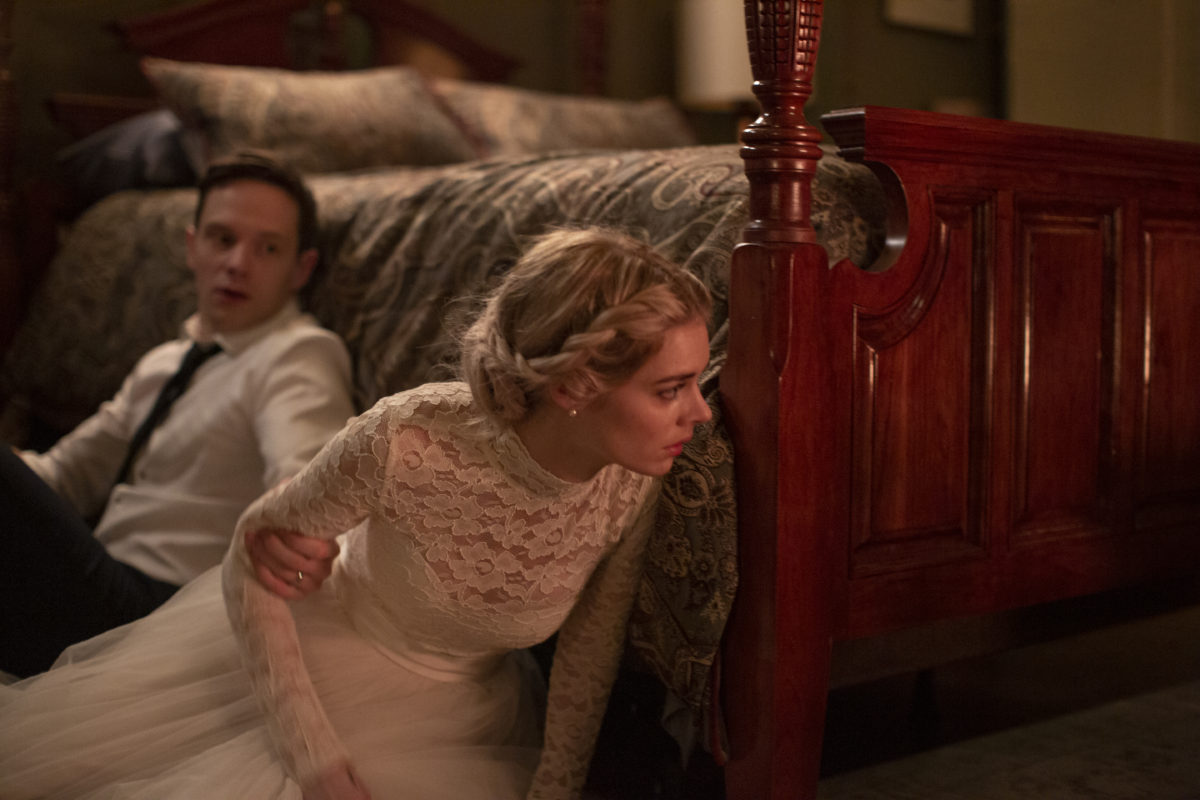 Matt Bettinelli-Olpin and Tyler Gillett’s horror film Ready or Not is centered around a high-stakes game of hide-and-seek, and if that sounds unconscionably silly, at least the filmmakers are aware of that. Guy Busick and Ryan Murphy’s screenplay embraces the inherent absurdity of this premise, concocting an elaborate narrative justification as to why a bunch of grown-ups would be engaged in a murderous version of the classic kids’ game. It all boils down to a family ritual: Anyone marrying into the obscenely wealthy Le Domas clan must play a game at midnight on their wedding night, and this game, which is selected at random by a puzzle box, could be anything from old maid to checkers.

Bright-eyed good girl Grace (Samara Weaving), who’s just wedded the family’s favorite son, Alex (Mark O’Brien), gets picked to play hide-and-seek, and that’s where the trouble begins. Because while the other games proceed in perfectly ordinary fashion, the Le Domases have made a violent mythology surrounding this one game: The family must capture its newest member and slaughter them in a ritual sacrifice before sunrise, or else each family member will be cursed to die. And so, the Le Domases give Grace time to hide anywhere she likes in their sprawling country manor before they set out with rifles and crossbows to find her.

Gradually, the convoluted family mythology comes to overtake the goofy simplicity of the film’s premise, and to the point that one is apt to forget that a game of hide-and-seek is even going on. But Bettinelli-Olpin and Gillett keep things lively with a lavish visual style that nods toward Kubrick’s The Shining, Eyes Wide Shut, and even Barry Lyndon, while still maintaining an identity of its own. Lit mostly with candles, the sprawling villa in which the film mostly takes place assumes a creepy aura reminiscent of the opulently spooky house in Robert Wise’s The Haunting. Bettinelli-Olpin and Gillett’s mildly showy use of long takes and lithe camera movements exhibit an ironic grandiosity that suits the film’s light-hearted sadism.

Funny but not quite a comedy, Ready or Not, to its credit, leans in to the arbitrariness of its own myths and rules. Some of the members of the Le Domas clan aren’t even sure they believe in their family curse, and they bicker over whether they should be allowed to utilize modern technology, such as their mansion’s security cameras, to track Grace down. But the film’s constant reiteration and reevaluation of the Le Domases’ goofy traditions can sometimes make things feel repetitive and slightly exhausting, impressions which are enhanced by the lackadaisical handling of the film’s kills. Bettinelli-Olpin and Gillett primarily employ violence for laughs, but they frequently flub the punchline with a confusingly quick edit or an awkwardly shaky handheld shot. Only in its giddily gory finale does the outrageousness of the film’s violence come close to matching that of its plot. But this gonzo capper has the effect of retroactively diminishing the tame, uninventive bloodshed that preceded it.

Review: Vita & Virginia Leaves the Nuances of a Love Affair to the Imagination