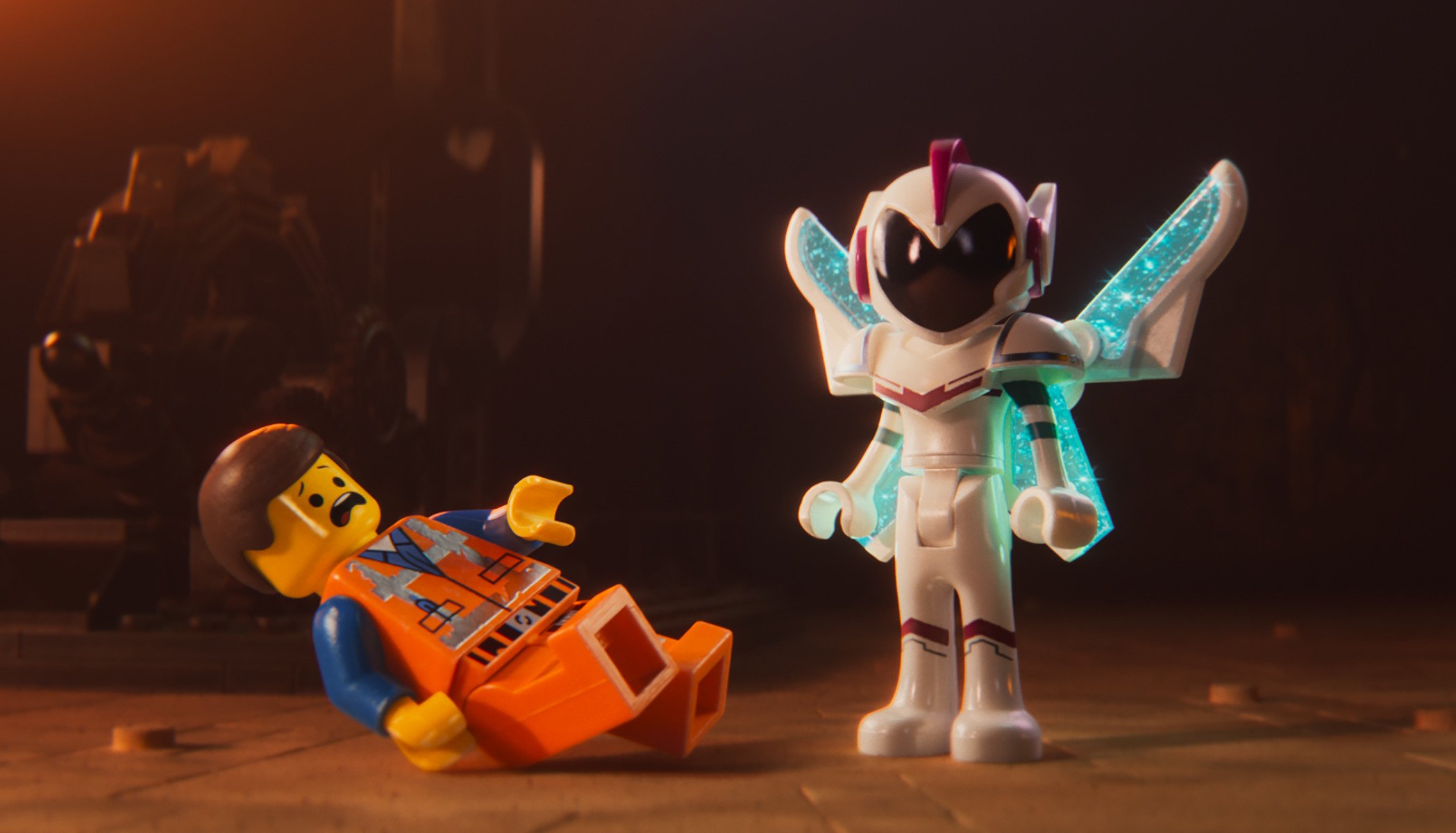 Phil Lord and Chris Miller’s The Lego Movie aimed for that sweet spot of emotional satisfaction desired by most tentpole films pitched at the whole family, while keeping one eyebrow firmly cocked. It yoked the irony-heavy story about an unlikely doofus of an animated hero to the travails of a real-life kid wanting to play freely outside the dictates of his father’s expensive Lego set. While surprising for a film licensed from a toy company, the ultimate lesson—that creativity should be free and not dictated to by corporate directives—was as subtle as a big brother smashing his younger sibling’s toys. But the jazzy, tongue-in-cheek chaos that preceded it helped the whole enterprise go down just that much easier.

Picking up right where its precursor left off, The Lego Movie 2: The Second Part jumps into a life-or-death struggle between the denizens of Bricksburg and alien invaders from the land of Duplo. Instead of the inside-out lampooning of the type of monomaniacal industrialized chirpiness epitomized by the first film’s earwig theme song “Everything Is Awesome,” the mood is mock-dystopian, with Bricksburg now known as Apocalypseburg. There’s good fun to be had at the expense of Mad Max: Fury Road and its grim-faced ilk. Similarly, the series continues to poke fun at adolescent “dark” genre material with its deep seam of Batman gags. But, unfortunately, there’s also a plot and that’s where The Lego Movie 2 goes wrong.

As before, the opposites-attract couple at the center of the film are in an existential struggle against evil, only one of them doesn’t seem to understand it. Goth heroine Wyldstyle (Elizabeth Banks) wants to do everything possible to fight off the Duplo aliens and their seemingly unstoppable leader, General Mayhem (Stephanie Beatriz). But Emmet (Chris Pratt), the hapless optimist, is more interested in building Wyldstyle a house and settling down than fighting for their lives. As for Batman (Will Arnett), he’s there to growl moodily and remind viewers that they were enjoying themselves far more during The Lego Batman Movie.

The screenplay keeps the characters moving and the jokes flying. Pretty soon the heroes are in outer space doing battle with Mayhem’s minions while Batman fights off falling in love with the eager Queen Watevra Wa’Nabi (Tiffany Haddish). But the original’s fizziness is nowhere on display. It would be easy to blame that on director Mike Mitchell, of Deuce Bigelow: Male Gigolo fame. The pacing is poorly timed from the start, with romantic and comedic story beats that felt effortless the first time around now registering as forced. But knocking on the direction ignores the essential problem with this sequel: that there’s no reason for it to exist other than throwing another few hundred million into Warner Bros.’s coffers.

It’s fun enough to have Bruce Willis show up to voice himself and Ralph Fiennes as the voice of Alfred amid the seemingly dozens of other in-jokey casting decisions and self-referential gags in the film. But that brand of throwaway humor isn’t enough to build an entire movie around when the central storyline never builds any dramatic steam.

There was a radical deconstruction lurking around the edges of The Lego Movie which helped obscure the fact that it was, of course, just a feature-length toy commercial tricked out with self-knowing camouflage. It would be nice to think that in the Adult Swim era, the freedom provided by such profitable adventurism would have enticed the filmmakers—Lord and Miller are among this film’s four screenwriters—to try for something even more audacious this time around. But by simply pressing play on the first film’s paused plot and driving pell-mell toward an absolutely unnecessary rapprochement with the story’s real-world characters, The Lego Movie 2 drops the pretense entirely and heads straight to the cash register.