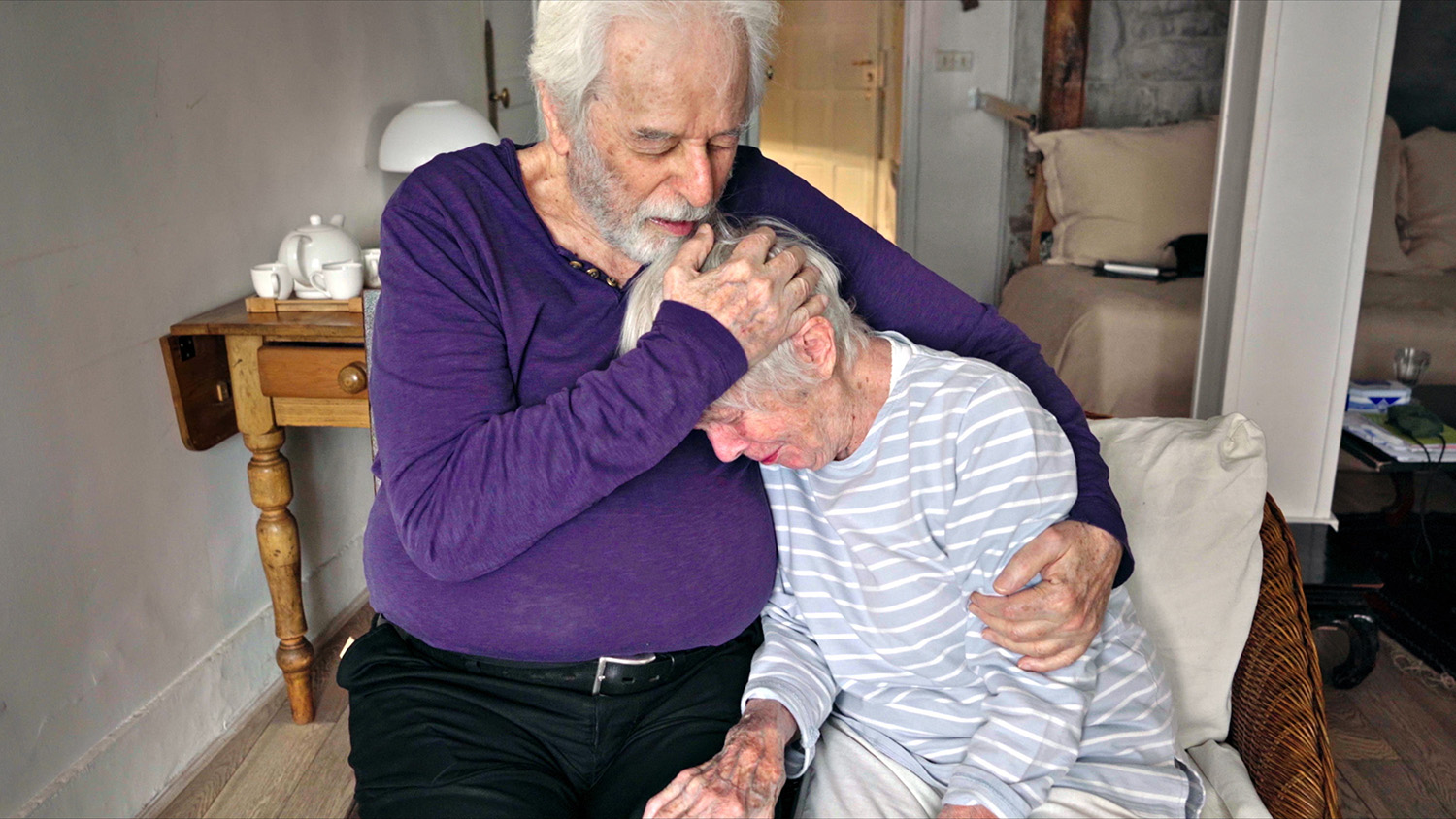 Alejandro Jodorowsky’s first documentary, Psychomagic, a Healing Art, is a moving, visually striking exploration of the unconventional psychotherapeutic techniques that the filmmaker has developed over a lifetime of reading tarot cards and studying various psychological systems and an assortment of Eastern and Western spiritual practices. After a brief introduction, during which Jodorowsky lays out the major tenets of his technique, we witness a selection of individual case histories. The format for these therapeutic interventions varies only slightly: a preliminary interview describes the issues at hand; the particular treatment is undertaken, an activity that seems pitched somewhere between ritual and performance art; and then a follow-up interview permits the participant(s)—some of them are couples—to describe the therapy’s impact on their lives. These episodes are often intercut with a thematically or pictorially related moment from one of Jodorowsky’s earlier films, as though to emphasize the continuity of his vision from narrative cinema to documentary.

Throughout Psychomagic, individual treatments unfold according to a dreamlike, poetic logic. Many of them involve the participant undergoing some sort of symbolic death and rebirth. Often this entails nothing more radical than stripping off one’s old clothes and donning new ones. Sometimes it means reenacting the moment of birth through what Jodorowsky calls “initiatic massage,” a hands-on bit of dialogue-free theater. But the most intense version of this psychic renascence on display here starts with burying a suicidal man up to his neck in the Spanish desert. A glass dish (replete with air holes) covers his exposed head. Slabs of raw meat are spread over his “grave,” and a wake of vultures come to devour the uncooked flesh. Then he’s dug up, cleaned up, and dressed up in an expensive-looking new suit.

Later, there’s a section given over to “social psychomagic,” ritual manifestations that most resemble mass demonstrations. One of them, known as “the Walk of the Dead,” a protest against drug war fatalities that features large groups donning traditional Day of the Dead skeleton costumes, could have been lifted straight from a similar scene in Endless Poetry. Although, on this occasion, at least, Jodorowsky himself doesn’t make that connection.

One segment, involving a woman suffering from throat cancer, comes perilously close to making false claims for the powers of psychomagic but luckily skirts the issue entirely through some well-deployed disclaimers. Jodorowsky invites the woman on stage at a conference with 5,000 attendees, to see whether or not their combined energies can help or heal her, and without making any promises. It’s never entirely clear whether or not she’s cured, but 10 years later, she’s still alive. Nor does she claim in her follow-up interview to have been cured. The “experiment” merely “opened a door” for her healing process to begin.

What most shines through all the therapeutic interventions detailed in the Psychomagic is the scrupulousness of Jodorowsky’s compassion and his deep-seated desire to render whatever assistance he can. As he mentions at one point in the documentary, he never charges money for these treatments. Whether or not the 91-year-old director makes another film, Psychomagic could easily stand as a fitting encapsulation of the themes of suffering and transcendence that have run throughout his entire career.

Review: The Secret Garden Is a Pale Imitation of Its Enchanting Source

Review: Sunless Shadows Is a Wrenching View of Patriarchal Power in Iran