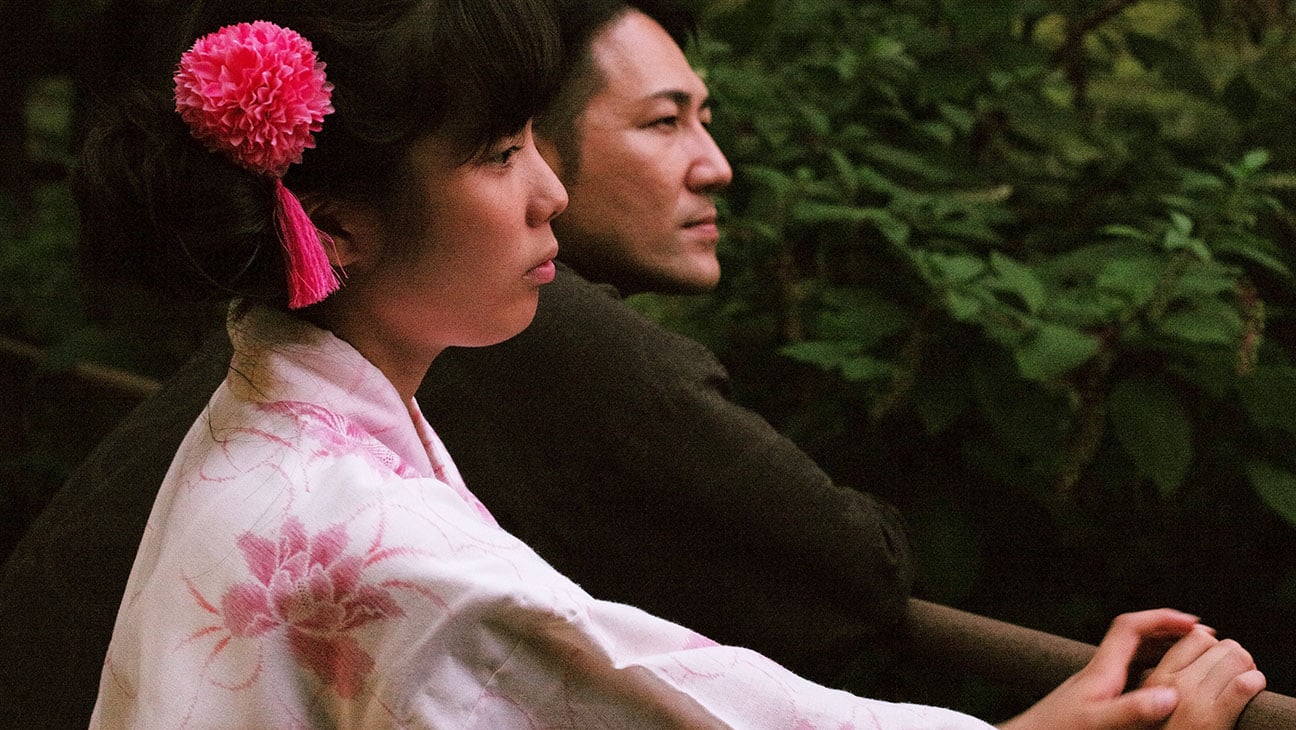 Werner Herzog’s Family Romance, LLC presents Japan as a place where the technological follies of modernity that many see as embryonic in the West are allowed to blossom unabashedly. The Orientalism inherent to this myth, that of Japan as a high-tech dystopia where human alienation reaches its pathetic zenith, is somewhat masked here by the film’s style, which inhabits that strangely pleasurable cusp between fact and fiction. We are never quite sure of the extent to which situations and dialogues have been scripted and, as such, it’s as though Herzog were more witness than author, more passerby than gawker, simply registering Japan being Japan.

The film is centered around Ishii Yuichi, playing a version of himself, who owns a business that rents out human beings to act like paparazzi, family members, lovers, or bearers of good (albeit fake) news. One of his clients, for example, is a woman who wants to relive the moment when she won the lottery. We follow Ishii as he travels to his business calls, which may consist of going to a funeral home that offers coffin rentals by the hour for people to test out, or to a hotel where the clerks behind the helpdesk and the fish in the aquarium are robots.

The camera, otherwise, follows Ishii’s encounters with his 12-year-old “daughter,” Mahiro (Mahiro). The girl’s mother, Miki (Miki Fujimaki), has enlisted Ishii to play Mahiro’s missing father, who abandoned her when she was two, and make it seem as if he’s suddenly resurfaced. The film’s most interesting moments don’t arise from its largely obvious critiques of simulation, but from the human relationship between Ishii and Mahiro. In the end, the film’s smartest trick is getting the audience to genuinely feel for this young girl on screen, acting for us, all while scoffing at Ishii’s clients for scripting their own emotional experiences.

We know the relationship between Mahiro and Ishii to be false on multiple levels. They may not be professional actors, but they are very much acting, and their interactions nonetheless tap into something quite authentic and emotional. Although their kinship is an act of make-believe, it’s driven by similar malaises that plague “real” father-daughter relationships. Mahiro, who doesn’t meet Ishii until she’s a pre-teen and is presumably unaware that it’s all just an act, struggles to articulate feelings that overwhelm her. Asking for a hug from Ishii is a Herculean task for her. But granting her the hug is also a Herculean task for Ishii, who ultimately confesses to wondering whether his real family, too, has been paid by someone else to raise him. Must a father’s hug be so clinical even when he’s getting paid to do it?

Such moments as that awkward father-daughter hug, a scene where Mahiro gives Ishii an origami animal that she made for him (“It’s delicate, so be careful,” she says), and another where she confesses that she likes a boy all point to the ways in which feeling slips out of even the most perfectly scripted protocols. That’s a relief for the kind of society that Family Romance, LLC aims to critique, one where tidy transactions are meant to neuter the messy unpredictability of human interactions but fail. Emotion slips out despite diligent attempts to master it, forcing even those who stand to gain the most from hyper-controlled environments to eventually face the shakiness of their own ground. Ishii, for instance, is forced to reconsider his business model when Mahiro’s demand for love starts to affect him. Ishii’s fear that he may also have been swindled by actors posing as parents tells us that authors are subjects, too, and that the equation between reality and fantasy is never quite settled.

Review: Force of Nature, Much Like Mel Gibson, Is an Absolute Disaster