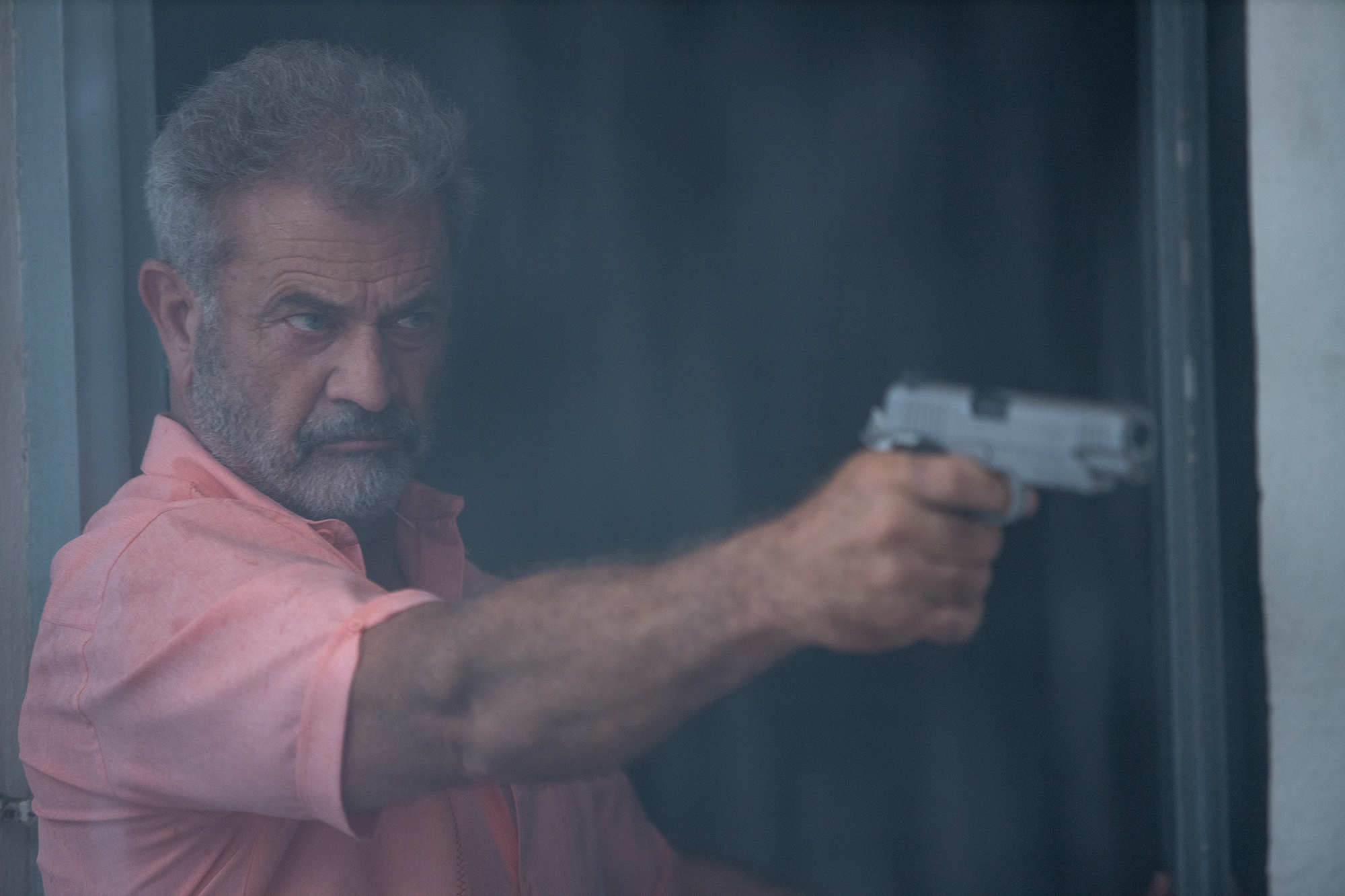 If cancel culture truly had the power its detractors ascribed to it, then Michael Polish’s Force of Nature would have probably never starred Mel Gibson. The film stars the one-time Hollywood idol as a trigger-happy retired cop who hurls insults like “cocksucker” at men who inconvenience him. By itself, casting Gibson as the kind of manic, violence-prone cop for which he was once known for playing speaks to the film’s defiantly conservative politics, its will to return to a cinematic era when violent white cops were viewed as good cops. But also having Gibson’s Ray toss out homophobic slurs almost turns this insipid action flick into a statement about Gibson himself, as if the actor’s own record of making such remarks should be viewed as the charmingly impolitic outbursts of an old-fashioned geezer.

Because Ray joins a multiethnic crew of good guys to save the day, we’re presumably meant to view his personality flaws as minor, the attributes of a classical cop masculinity that’s entered its dotage but ready to be awakened for one last shoot-out with big-city scum. The big city in this case is San Juan, Puerto Rico, which, as the film begins, is under siege by a hurricane. Set almost entirely in a cramped apartment building, Force of Nature is part Bad Lieutenant: Port of Call New Orleans, part The Raid: Redemption (or one of its many clones), attempting but failing to imitate both the former’s eccentric take on the clash of extreme personalities and extreme weather and the intensity of the latter’s kinetic, close-quarters action.

Despite being the biggest star on the bill, Gibson isn’t quite at the center of the narrative, even if the meaningless flash forward that opens Force of Nature, of Ray shooting at two figures in the rain, initially suggests otherwise. Ray plays second fiddle to Emile Hirsch’s point-of-view character, Cordillo, the San Juan police officer who refuses to learn a word of Spanish and might as well be wearing a MAGA hat. (“Where is el victim-o?” he asks regarding an incident at a supermarket early in the film.) Cordillo and his new partner, Peña (Stephanie Cayo), are assigned to help move San Juan’s residents to shelters, encountering Ray and his daughter, Troy (Kate Bosworth), at the apartment complex where Griffin (Will Catlett), Ray and Troy’s newly arrested neighbor, needs to feed his very hungry pet.

For those who’ve seen Netflix’s Tiger King, it will be clear from the 100 pounds of meat that Griffin intends to feed his pet that the man illegally owns some kind of wild cat. And if this offbeat scenario doesn’t elicit the laughs it may be aiming for, that’s at least in part due to composer Kubilay Uner’s score, which applies Wagnerian bombast to nearly every narrative event, as if it could will the paper-thin plot into some kind of significance. The tonal inconsistencies, however, aren’t confined to this clash between image and soundtrack. On a visual level, it’s difficult to know what to make of the scene in which Griffin’s pet, kept entirely off screen, drags Griffin into its pitch-black den and mauls him in front of a not-quite-horrified Cordillo, while a gang that Ray identifies as high-end burglars begins a raid of the complex. Neither funny nor suspenseful, it’s a bewildering mash of visual codes.

Led by a ruthless figure known as John the Baptist (David Zayas), the burglars first make an appearance in the second of the film’s two prologues, in which John kidnaps an elderly woman to get into her safety deposit box, before executing her as well as his accomplice in plain sight—a scene that somewhat belies Ray’s later in-the-know description of the gang as clever plotters. The nature of their interest in Ray, Troy, and Griffin’s apartment building is left vague until a late reveal, a nonsensically belated introduction of the story’s MacGuffin that contributes to the feeling of arbitrariness that pervades the film.

While Peña and Ray confront John and his crew, Cordillo and Troy go off to find medical supplies, along the way developing a thoroughly underwritten and ill-conceived romance; Troy is abruptly drawn to Cordillo after he shares his history of accidental violence against a former girlfriend (Jasper Polish). Meanwhile, the wounded Griffin is left under the watch of Paul (Jorge Luis Ramos), a German about whom multiple characters ask, in all sincerity, if he’s a Nazi, and based solely on his white hair and nationality—certainly not on any arithmetic, as the seventysomething man appears far too young to have been a Nazi Party member.

It would all be material for a parody of cheap-action-flick sensibilities: the preoccupation with Nazism, the hollow romance, the valorization of white male rage barely masked behind a rudimentary psychologism. Unfortunately, Cory M. Miller’s screenplay presents all these scattershot cop-movie tropes in earnest, as if, like hurricanes, they were natural, unavoidable phenomena. The truth, of course, is that Force of Nature, much like the consequences of the hurricane that clearly inspired it, is a man-made disaster.

Review: John Lewis: Good Trouble Places a Hero in Dialogue with the Past