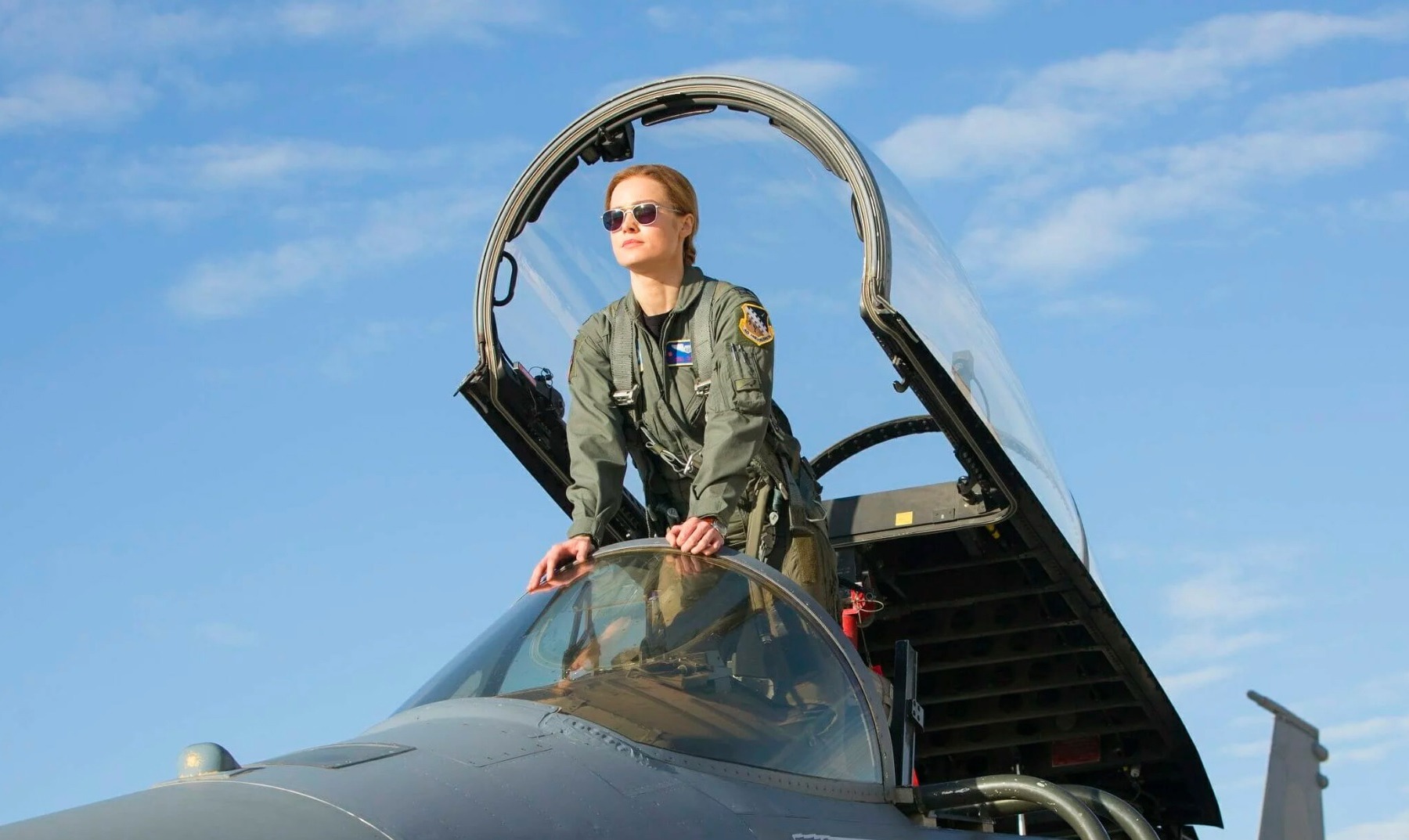 As another of the character-introducing MCU stories existing mostly to feed new superheroes into the Avengers series, Captain Marvel looks like something of a trial run. You know the drill: If the film lands with audiences, then you can count on Captain Marvel (Brie Larson)—like Iron Man, Captain America, Thor, and even Ant-Man before her—getting her own series. But if not, then, hey, she’s at least assured of being asked to pop by the game room at Stark Industries for a kibitz in somebody else’s franchise down the road. Based on what’s on display here, Captain Marvel could well get her own star turn again at some point, but hopefully it will be with a different crew behind the camera.

Marvel starts the film off with a different name, a fuzzy past, and a backpack full of unresolved issues. As Vers, she’s a (literally) blue-blooded warrior of the Kree race who’s forever being scolded by her commander, Yon-Rogg (Jude Law), to be not so emotional. More Kenobi, less Solo. But there’s little chance of that, as indicated by the confusing memories clashing in her head of her time piloting F-16s as an Earthling. Hot-dogging is in her blood, it would seem. It’s understandable, given that she can blast massive beams of energy from her hands at will.

After some tediously shot mess in which Vers and some other Kree go on a rescue mission to a planet occupied by their dreaded enemies—the green melon-headed shapeshifting Skrull—she ends up crash-landing on Earth. Signs indicating the 1990s setting include her landing spot being a Blockbuster Video and a digitally de-aged Nick Fury (Samuel L. Jackson) representing a skeletal version of S.H.I.E.L.D. equipped with crummy government-issue sedans rather than airships. What follows is essentially a road trip cum action comedy in which Fury and Vers, now revealed as fighter jockey Carol Danvers, go in search of the usual big, glowing MacGuffin of these Marvel films before the Skrull can find it.

There are echoes of other, bolder films to be found throughout Captain Marvel, from the Top Gun-ish dogfight flashbacks to Fury and Danvers’s bickering patter (a less profane take on The Long Kiss Goodnight, in which Jackson was also paired with an amnesiac valkyrie) and, in something like a satire-free spin on They Live, the Skrulls’ ability to impersonate any human. But this is mainly a muddled effort that, by trying to jam origin stories for Danvers, Fury, and S.H.I.E.L.D. into one not terribly engaging chase narrative, doesn’t pay nearly enough attention to Danvers’s crucial emotional metamorphosis from dual-identity self-doubter to fearless warrior battling to keep Earth safe in the galaxy-spanning Kree-Skrull war.

Larson does what she can with the material. Striding around Los Angeles in her sleek Kree jumpsuit that one wag says makes her character look like she’s “dressed for laser tag,” the actress carries herself with an easy, jaunty authority. Most modern action heroines tend to be portrayed as icy, humorless fembots. Not so here. When Larson’s Danvers leaps onto a speeding train to start whaling on a Skrull who looks to the horrified passengers like a defenseless old lady, it’s with both a fluid grace and a winking self-awareness.

If only directors and co-writers Anna Boden and Ryan Fleck had been a strong match for the material. They’re likely the reason that Ben Mendelsohn, who brought such seedy intensity to their 2015 film Mississippi Grind, shows up here to deliver well-needed comic relief as a refreshingly wry Skrull. But unlike Taika Waititi’s Thor: Ragnarok or James Gunn’s Guardians of the Galaxy and its sequel, instead of playing ironic absurdity off the loony action narrative, Boden and Fleck leave the basic Marvel hero structure essentially intact and tinker around the edges with ‘90s culture riffs: Elastica, AltaVista, beepers, and so forth.

The small-bore nature of Captain Marvel’s story, featuring less of more recent Marvel outings’ supersized galactic sweep, calls for more nuanced character work and a neatly chiseled screenplay to help set it apart. Neither of those are on display. There is, however, a very cute cat with a very cool secret. That’s something Captain America never had.

Review: In The Kid, a Well-Worn Myth Becomes a Bloody Shouting Match

Review: The Impressionistic Island of the Hungry Ghosts Is an Ode to Empathy