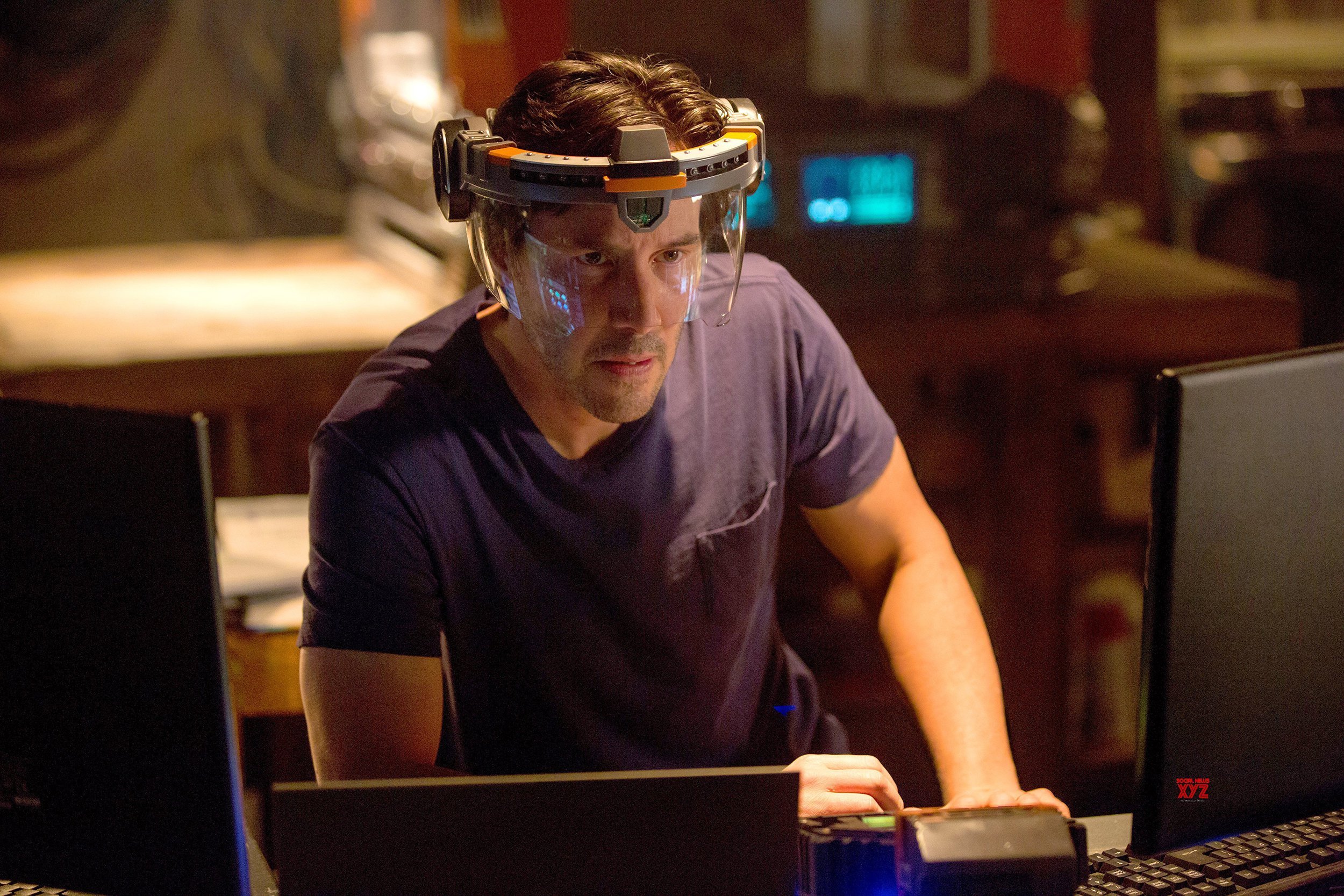 Jeffrey Nachmanoff’s Replicas begins as a loose RoboCop riff. Experimental biologist William Foster (Keanu Reeves) uploads a dead soldier’s consciousness into a robot, leading to a moment of confusion on its inexpressive metal face before the “reborn” man realizes what’s happened and annihilates himself in existential horror. Despite this disastrous trial, William fast-forwards through the resource-intensive process of his scientific research when he suddenly loses his wife, Mona (Alice Eve), and three children in a car accident. Having been unable to transfer consciousness into a technological vessel, William abruptly decides to download his dead family’s memories and place them into lab-created, fully organic clones. Enlisting the reluctant help of a colleague, Ed (Thomas Middleditch), William starts to grow new bodies into which he can place his loved ones’ souls.

The film’s slippery grasp of just how much of this research is scientifically possible defines much of the narrative, in which the only limitation to William’s increasingly deranged scheme is how much he can filch from his office without anyone taking note. The opening gestures toward RoboCop-style corporate dystopia soon give way to a more insular set of sci-fi references as the story narrows on William’s desire to revive his family. Eternal Sunshine of the Spotless Mind in particular becomes a touchstone when William, only able to clone three of his four family members, decides not only which of his children to leave dead, but modifies the others’ stored consciousnesses to erase all memories of the one doomed child. The film relies on a great deal of gobbledygook pseudoscience to remotely justify the plausibility of William’s deranged activities, and it undermines the recent Reeves renaissance by saddling the actor with the kind of ill-fitting, exposition-heavy role that made him a joke with audiences and critics earlier in his career.

The tendency for Replicas’s scientific possibilities to advance a few years with every 15 minutes of screen time leaves the film’s pacing wonky, at once sprinting through the setbacks of research and testing that should hamper William’s scheme while also pausing incessantly to rehash the same ethical arguments between William and Ed. These debates are ultimately rendered irrelevant by the last act, which steamrolls over the film’s moral drama in favor of an awkward turn to corporate thriller as William’s profit-obsessed boss, Jones (John Ortiz), catches wind of his employee’s rogue experiment.

The lurch into tense intrigue leads to a baffling climax which uses the film’s confusing rules about cloning and neural transference solely to add yet more convolution to William and Jones’s conflict—to the point that the story’s conclusion appears to be overly complicated for its own sake, bypassing the simplest solution to William’s issues in favor of a scheme so elaborate in how it doubles back on itself that it borders on the Escherian. The climax’s bizarre left turns culminate in a final image so bewildering that were the film not so relentlessly dour it might have clarified Replicas as an absurdist comedy.

Review: Shiraz: A Romance of India Impresses for its Documentary Qualities