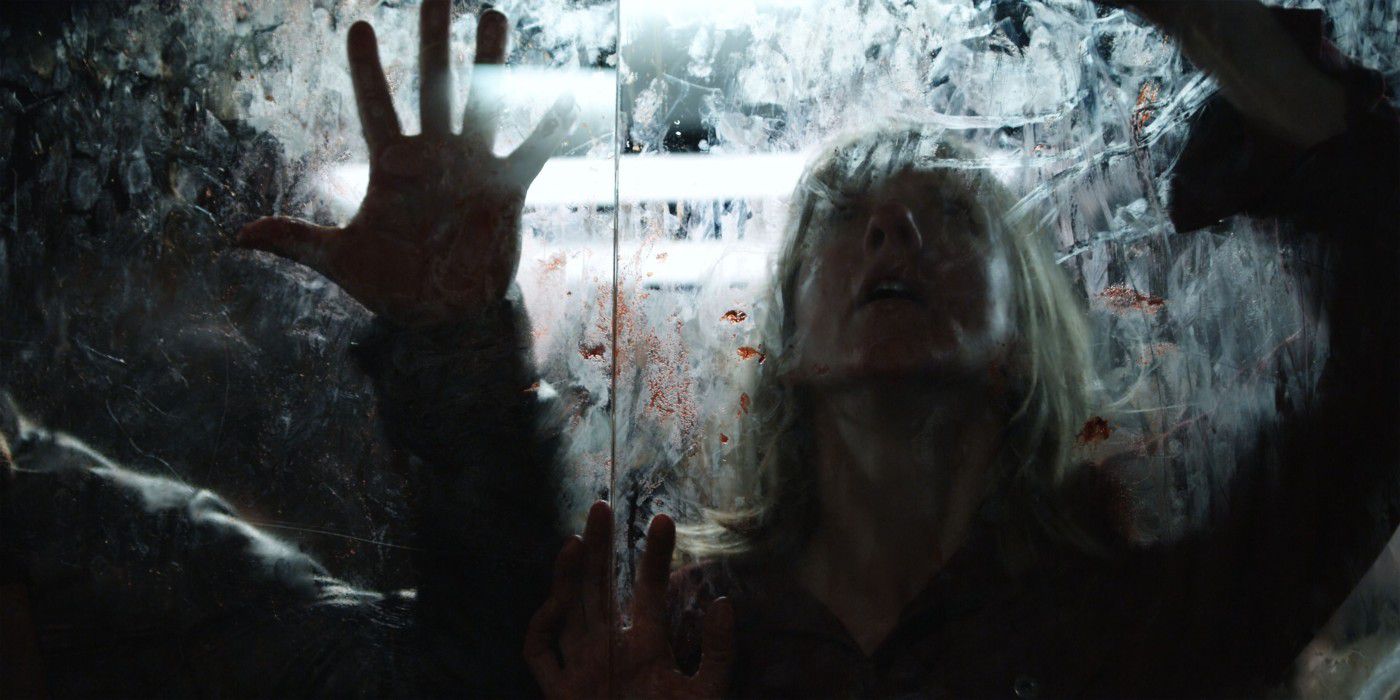 Stephen McHattie has a voice like a baritone snake, equal parts silky and sinister, and it’s the main attraction of Bruce McDonald’s Pontypool. In this somewhat stagey adaptation of Tony Burgess’s novel Pontypool Changes Everything, a magnetic McHattie, his profile turned pointy by a cowboy hat, is rabble-rousing talk radio host Grant Mazzy, who, having been fired from his big-city job and exiled to rural Pontypool, Ontario, has his A.M. gig reporting school closings and interviewing clownish local theater troupes interrupted by reports of unruly mobs tearing people to shreds with their mouths. Encased in his basement broadcast booth with prickly producer Sydney (Lisa Houle) and technician Laurel Ann (Georgina Reilly), Grant attempts to make sense of the apparent mayhem brewing outside, the cause of which eventually turns out to be the spoken word itself. By confining the action to the underground radio station and teasing out info through scattered snippets of horrified phone calls and ominous government warnings, director McDonald generates mild tension through suggestion. And for a time, the central mystery is taut enough to overshadow the obvious budgetary limitations driving this minimalist Talk Radio-via-George A. Romero exercise. Given that the cannibalistic hordes are attracted to speaking individuals and mindlessly repeat certain words and phrases, it soon becomes clear to Grant and Sydney that the English language has become a viral hazard to mankind’s wellbeing. It’s a suggestion that has some bite, with the film implying that terms of endearment, baby gibberish, and military-related talk—all of which seem to be particularly contagious—have been so misused as to have dangerously lost all meaning. Reconfiguring a traditional zombie premise into a commentary about the need for a fresh mode of national discourse, however, is an objective mildly undercut by the preposterously contrived appearance of a principal player in the outbreak, as well as a third act devoid of a suspenseful payoff or satisfactory character development, especially with regard to the awkward Houle’s Sydney. If too wobbly to scare, though, Pontypool at least manages to amuse (a spur-of-the-moment on-air obituary is priceless) as well as consistently intrigue, right up to a bizarro post-credits epilogue that seems beamed in from Sin City.