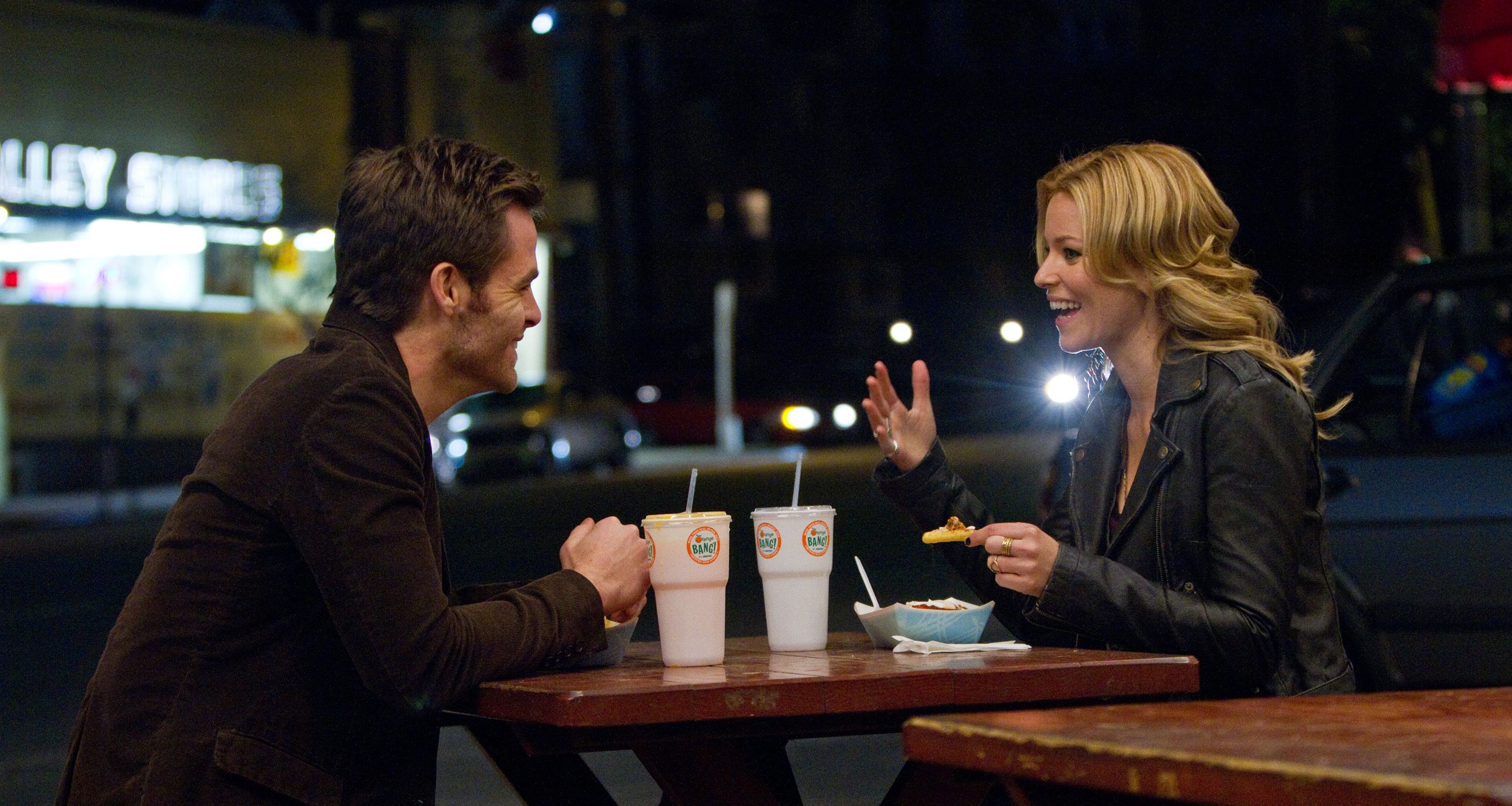 The opening sequence of People Like Us gives us an idea of the type of movie director Alex Kurtzman might have wanted to make. As gliding crane shots rapidly intercut with an increasingly disorienting series of close-ups, the film introduces corporate barterer Sam (Chris Pine, most notable for always maintaining the identical amount of stubble in every scene) plying his trade, which seems to consist of talking fast enough that no one can understand what he’s saying and then getting potential clients to agree to shitty deals. Kurtzman’s befuddling aesthetic is presumably meant to keep the viewer as off balance as Sam’s victims, but as a prelude to a drawn-out weepie, it seems like a chance for the director to get his action-film-style rocks off before settling down to the considerably less sexy business of personal redemption.

Fortunately for Kurtzman, this film about a damaged soul realizing his humanity through discovering a long-lost sister and nephew (precocious kid alert!), allows him to include a few scenes of fast driving, some music-pounding crosscut sequences, and a few physical scrapes which momentarily engage his penchant for rapid editing and illegible framing. For the rest, this dry-as-dust enterprise bogs down in an almost total lack of energy and imagination that no amount of faux earnestness can overcome.

After being threatened with a lawsuit for professional malpractice, Sam learns of the death of his estranged music-producer father and reluctantly makes the cross-country trip from New York to Los Angeles with girlfriend in tow to visit his semi-estranged mother, Lillian (Michelle Pfeiffer). After a meeting with his father’s lawyer, he discovers that he’s been tasked with delivering $150,000 in cash to his old man’s secret family: his love child, Frankie (Elizabeth Banks), who’s now a beleaguered single mother, and her reckless 11-year-old son, Josh (Michael Hall D’Addario). Rather than announce himself to his half-sister, however, Sam slowly insinuates himself into her life, winning over her son in the process. His not telling her who he is until the film’s climax seems less like a natural response on the character’s part, however, and more like a structural necessity. Because if he revealed his identity right away, there wouldn’t be a movie.

This last possibility wouldn’t be such a bad thing, since if there’s surely one thing we don’t need, it’s another corporate-asshole-finds-meaning-in-family story—especially one that’s so willing to fall back on the clichés of the formula. Witness Sam promising Josh to pass on the six life lessons he learned from his own father throughout the movie, only to deliver the trite advice at just the proper moment. Or take in the screenplay’s repeated insistence that Sam’s singular character trait is to keep running away from tough situations—until he finally learns to face reality head on.

People Like Us adds a vaguely intriguing wrinkle to the mix when we learn about Lillian’s own tough decision that she had to make many years earlier and Sam’s ambivalent reaction upon learning about it, but all ambiguities are finally dissolved in a complexity-effacing ending that paints everyone—dead or alive, whether seeming bastards or apparent kindhearted angels—as more or less good people, or in the parlance of the movie’s title, people like us. But the film’s top-down enforcing of a positive outlook on human nature is as simplistic and unproblematic as the rest of the proceedings, which, considering the potential drama in a story rife with infidelity, class difference, and shocking revelations, seems like a more or less total evasion of reality.

Review: Beasts of the Southern Wild