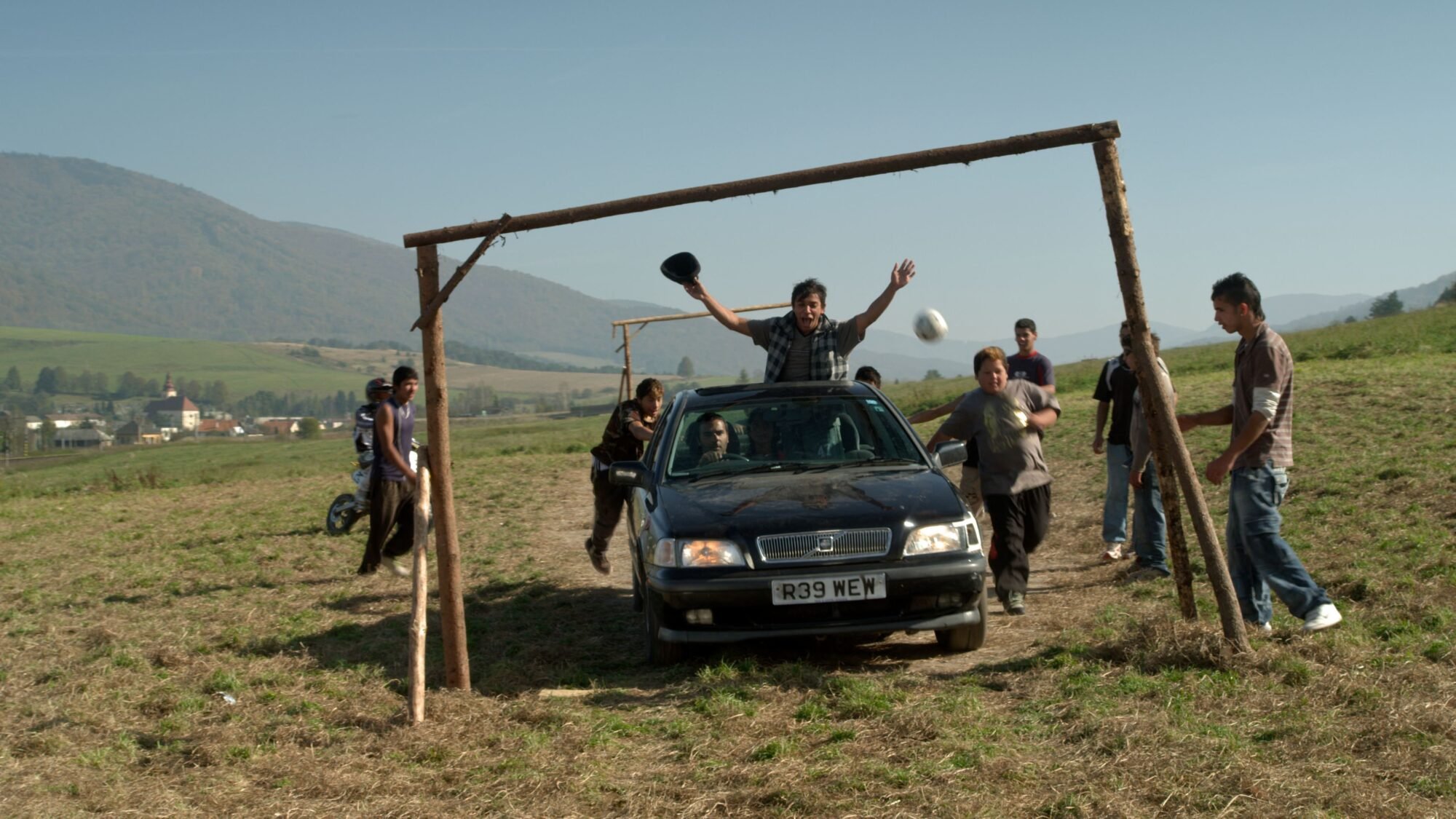 Keeping slippery footing between neorealist and expressionist tendencies, Martin Šulík’s Gypsy tries to subvert established notions about life in the ethnic enclave it’s situated in, except when it doesn’t. Fourteen-year-old Adam (Janko Mižigár) enjoys frolics by the riverbank near his eastern Slovakia valley ghetto of Roma people, sharing cigarettes with his affectionately mocking girlfriend (Martinka Kotlárová) before returning home to find that his father has been struck and killed by a car, perhaps not accidentally. “You killed him, you racists!” shouts a gypsy woman at the antagonistic police investigators. In the space of one cut from his father’s bloodied head, Adam’s mother is marrying his belligerent loan shark uncle Zigo (Miroslav Gulyas), who in paternal moments passes stolen soccer gear out to kids from the back of his truck, and advises his young ward, “The whites will never help you. Just beat the crap out of them.”

Šulík’s character study of the ambivalent teen and his largely alienated community is smoothly shot and edited, particularly in the atmospheric color of Adam’s byplay with his brother and his girlfriend’s clumsily ambitious goofball siblings, but is most hamstrung by stylistic fillips such as its half-baked allusions to Hamlet. The boy, most virtuously watched over by a tough but fair local priest (Attila Mokos) who’s a nearly intact archetype from a 1930s slum melodrama, receives regular visits from his father’s melancholy ghost (Ivan Mirga), who, for all his cataloguing of his prison terms and the loss of an infant daughter, saves the unsurprising revelation of his murderer for his fourth appearance.

Though Šulík supplies environmental authenticity with raucously performed folk music, and shots of the Roma’s hovels billowing smoke and hung with satellite dishes, he can’t resist extending an interlude with stolen ostriches into amorphous symbolism, and subplots about arranged marriage and a condescending documentary crew play out in unsurprising ways. (Other details, like Adam’s supposed avocation for boxing, are curiously shunted off screen.) Gypsy at its best establishes the suspended-between-worlds dilemma of youth like the torn, prematurely burdened central figure, but plods to an entirely foreseeable classical finish that, given its fresh cast and intuitive moments, squanders promise in favor of a sub-Shakespearean dead end.