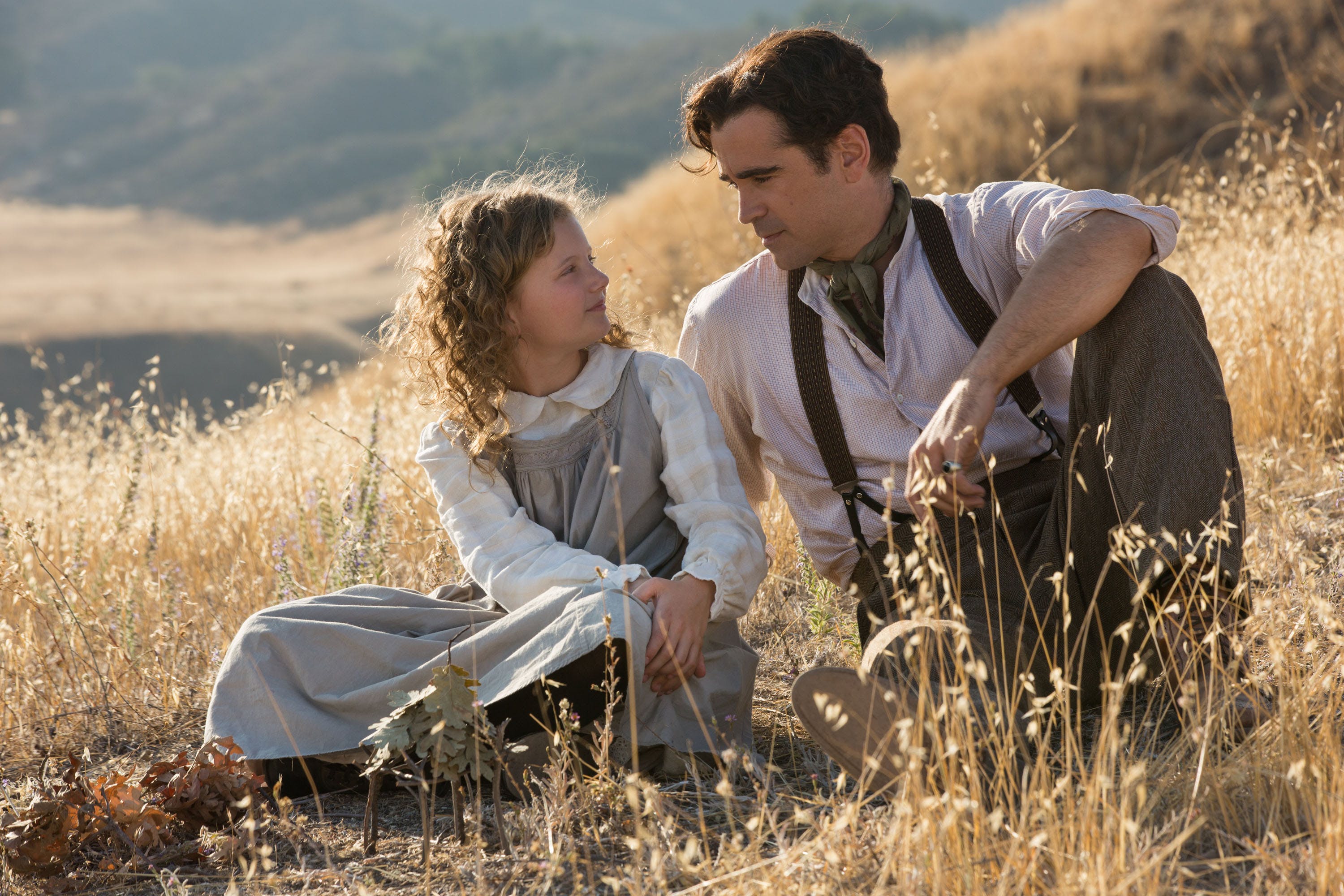 If I had to bet which 2013 Oscar contender would score the most nominations without a single win, I’d go for Saving Mr. Banks, a movie so gosh-darn disarming you might just strain your cheeks from watching it, but one that doesn’t quite fit into the apparent fabric of this year’s awards race. Watching this film, which recounts the rocky relationship between Mary Poppins author P.L. Travers (Emma Thompson) and smiley juggernaut Walt Disney (Tom Hanks), who’d adapt Travers’s work for the screen, you feel, aptly enough, as if you’re on a theme park ride, soaking up the glee while knowing your joy is highly controlled by precise mechanics. You also feel that this baldly manipulative, yet nevertheless adorable, origin flick has all the trappings of a Best Picture frontrunner—one from some stage in history, at least.

In another year, Saving Mr. Banks, a pristinely mounted, “has-it-all” crowd-pleaser, could have very plausibly waltzed off with top honors after having scored copious nods in major categories. Since it’s a rather safe and classic pick, this could have happened decades ago, and since it falls in line with the recent trend of Hollywood honoring its in-house hat-tips (e.g. The Artist and Argo), it could have happened last year. But despite the many veterans poised to gain acknowledgment this season (the Best Actress slate may well be fully comprised of previous winners, while Best Actor seems sure to have at least three legends in the mix), 2013 seems to be a year leaning toward the progressive and the vanguard, be it 12 Years a Slave’s unflinching view of history, Gravity’s minimalistic show of effects wizardry, or American Hustle’s gonzo retooling of the sprawling crime epic. A case can be made for a lot of the rivals of early favorite 12 Years a Slave, but it seems unfathomable that it would lose to Saving Mr. Banks, its most vanilla competitor.

I would not, however, discount Director John Lee Hancock as someone who could square off against sure-thing Steve McQueen, a scenario few pundits are predicting at the moment. With his last film, 2009’s The Blind Side, having snuck into Best Picture contention after eventual Best Actress winner Sandra Bullock brewed a buzz storm, Hancock is certainly on the Academy’s radar, and his helming of this, his fifth feature, marks the peak of his markedly wholesome career. Though Saving Mr. Banks has a way of mixing up its motives, having an artist alternately, and sometimes unconvincingly, take big business to task while nevertheless succumbing to the inevitable (yes, the story and the studio movie itself endlessly mirror each other), Hancock largely succeeds at keeping all his balls in the air, including frequent, asking-for-trouble flashbacks of young Travers and her father (a disguised-in-plain-sight Colin Farrell). The Original Screenplay by Kelly Marcel and Sue Smith may not make it to the finish line, especially given that the category favors the fresh and the bold, but since you can practically hear voter applause resounding over this movie’s credits, I’m guessing Hancock will.

And you can certainly go ahead and ink Thompson and Hanks’s names into the fields of Best Actress and Best Supporting Actor. If the all-winner Best Actress lineup pans out, Thompson will be up against fellow locks Cate Blanchett (Blue Jasmine) and Sandra Bullock (Gravity), along with Meryl Streep (August: Osage County) and Judi Dench (Philomena). If there’s a shake-up, it will likely involve Blue Is the Warmest Color’s astonishing Adèle Exarchopoulos unseating Dench or—gasp!—Streep. Hanks, meanwhile seems all but destined to be competing in two races this year, vying for the Supporting trophy for Banks, and for Best Actor for Captain Phillips. Even more interestingly, the Supporting race may very well see Hanks up against his riveting Captain Phillips co-star, first-time Somali actor Barkhad Abdi.

The list goes on for where Saving Mr. Banks will likely be recognized. Both sprightly and elegiac, Thomas Newman’s Original Score is easily one of the year’s most memorable, and is certain to get a nod. The odds are also good for Susan Benjamin and Michael Corenblith’s Production Design, especially given that the period film comprises two periods: Travers’s adult life in 1960s Hollywood (and London), and her childhood in comely, rural Australia. It’s safe to add Costume Designer Daniel Orlandi to the roster, too, particularly for the elegant fashions the regal Thompson wears so well, and DP John Schwatzman (half-brother of actor Jason, who co-stars in the film) may just sneak in for his deft Cinematography. Still, even if all of these talents get invited to the big show, each has a stronger hopeful standing in his or her way. Save ample room for Saving Mr. Banks on your Oscar ballot, just don’t expect the Academy to save room for it at the podium.

Review: Out of the Furnace