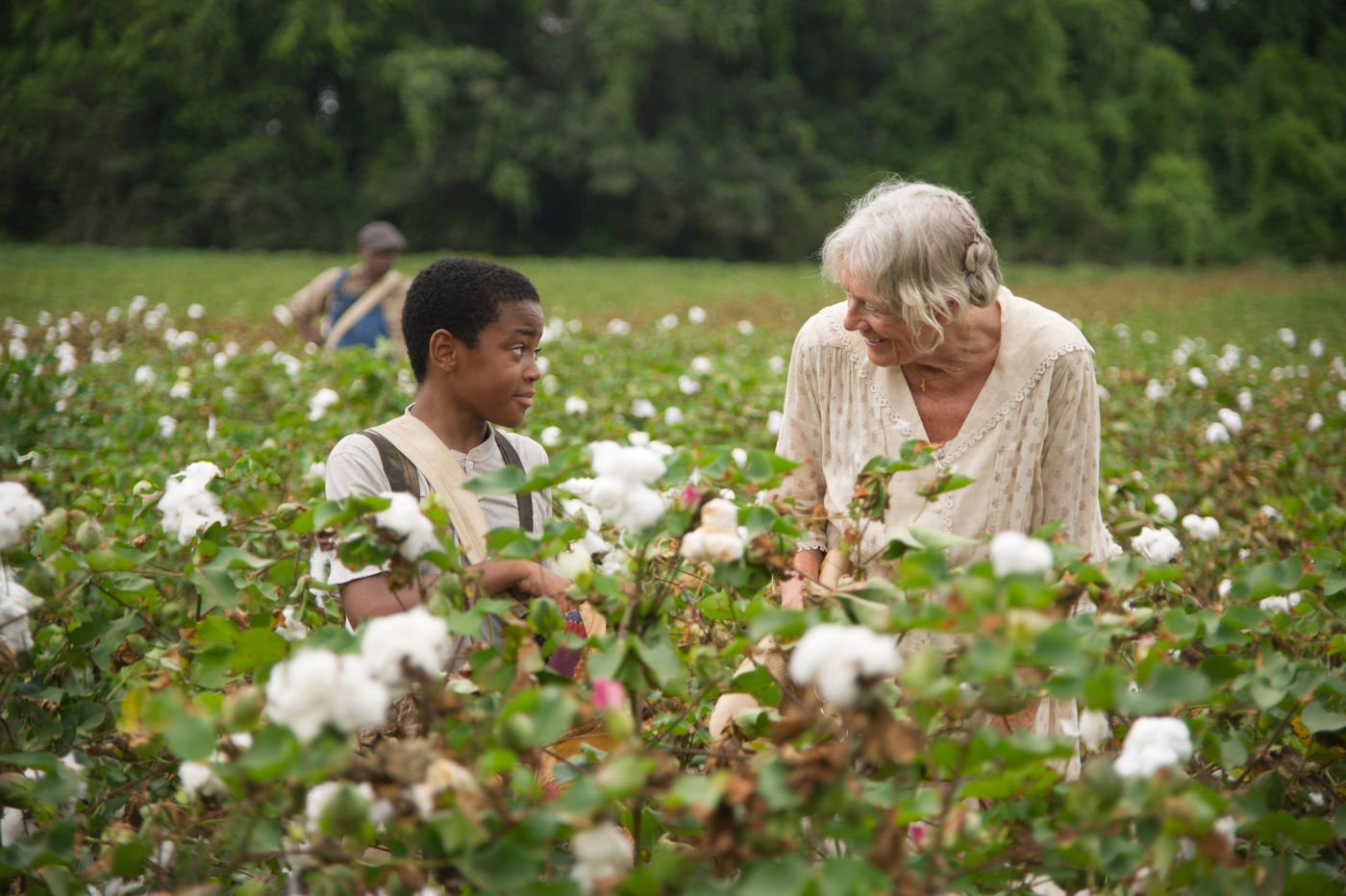 Time will tell if Academy members’ reported trepidation about 12 Years a Slave will actually impact the movie’s awards momentum, but at the moment, Steve McQueen’s keenly-lensed horror show seems unstoppable in its march to Oscar anointment, and to being crowned the best achievement in a standout year for black cinema. While it’s terribly embarrassing that members of Hollywood’s top voting body would shun any major contender, and still consider themselves worthy of casting legitimate votes, it remains interesting that, of 12 Years a Slave and Lee Daniels’ The Butler, 2013’s two key black-history epics, the latter, ostensibly much more Academy-friendly, has landed on the bottom. Upon seeing its trailer, folks I know griped that The Butler seemed too Oscar-baity—the Forrest Gump of the Civil Rights Movement. 12 Years a Slave, on the other hand, seemed the more vanguard selection—a fearless look at the barbaric slavery era from a filmmaker with art-instillation proclivities. In the end, despite those shameful fears of seeing black flesh whipped with bracing realism, McQueen’s film and Daniels’ film have curiously switched places, as the former is in fact a safe Academy pick whose outward prestige masks a hollow heart, while the latter is an idiosyncratic soul-stirrer whose personality transcends its standard structure.

Given that it will still have many supporters, and that it’s done tremendously well at the box-office thanks to a unique, immediate mainstream release from The Weinstein Company, The Butler is likely to crack the Best Picture lineup, even if claiming the big prize is all but impossible. Its madly impassioned maestro, whose unflinching depictions of more modern atrocities have been criminally overshadowed by McQueen’s long takes of torture (or is it torturous long takes?), has become one helluva a long shot for Best Director, even though The Butler is twice the film Precious was. The movie isn’t likely to gain attention for Cinematography, as Daniels’ textural tendencies are a bit too slipshod in DP Andrew Dunn’s hands this time (Dunn also shot Precious). But given that the film spans decades while telling parallel stories, and often intercuts the silent servitude of Cecil Gaines (Forest Whitaker) with the radicalism of his son, Louis (David Oyelowo), Brian A. Kates and Joe Klotz might see their Film Editing rewarded with a nod.

Anyone who’s seen The Butler likely remembers the warmly ridiculous Halloween scene wherein Cecil and wife Gloria (Oprah Winfrey) dress in matching, wonderfully tacky Soul Train jumpsuits. That scene may, oddly enough, help secure a Costume Design nod for the movie, which is also defined by the symbolic, social-class-determining, black-and-white butler tuxes. In addition, the amount of old-age prosthetics eventually applied to Whitaker and Winfrey—not to mention the parade of actors playing shrewdly characterized, just-shy-of-cartoonish American presidents—should easily put The Butler in line for a Makeup nomination. After all, if Hitchcock can be recognized in this category, and The Iron Lady can win, then The Butler surely deserves to be in contention.

The movie’s cast will produce one definite and one possible acting nominee. Buzz for Winfrey’s exquisite turn as a desperate housewife grappling with familial strife hasn’t faded a bit since The Butler’s release, even if her competition has heated up considerably. Winfrey may not win the Supporting Actress race, but she’ll certainly square off against such probable candidates as 12 Years a Slave’s Lupita Nyong’o, American Hustle’s Jennifer Lawrence, and Nebraska’s June Squibb, each of whom have very plausible chances of coming out victorious. What’s remarkable about Winfrey is her disappearing act—perhaps the most famous woman on Earth, she fits perfectly into the tapestry of Daniels’s world, never glaringly standing out as the queen of all media in ‘60s garb. Meanwhile, her chief co-star and on-screen husband gives a performance that, in virtually every way, is on par with that of 12 Years’s Chiwetel Ejiofor, who will undoubtedly beat him to the finish line. Whitaker’s work has been dismissed as cypher-ish, but Cecil is no less a representative vessel than Ejiofor’s Solomon Northup, channeling the vast burden of a people as a servile, undervalued human. What’s more, while Ejiofor may have the slight edge over Whitaker when it comes to anguished facial expressions, Cecil’s inner life, and his life outside his daily grind of humiliation, is better realized than Solomon’s.

In a perfect world, The Butler would be competing, and perhaps triumphing, against 12 Years in a lot of the same categories. But, then, in a perfect world, we would have seen films like these—by black artists, about black experiences—vying for Oscars years ago.