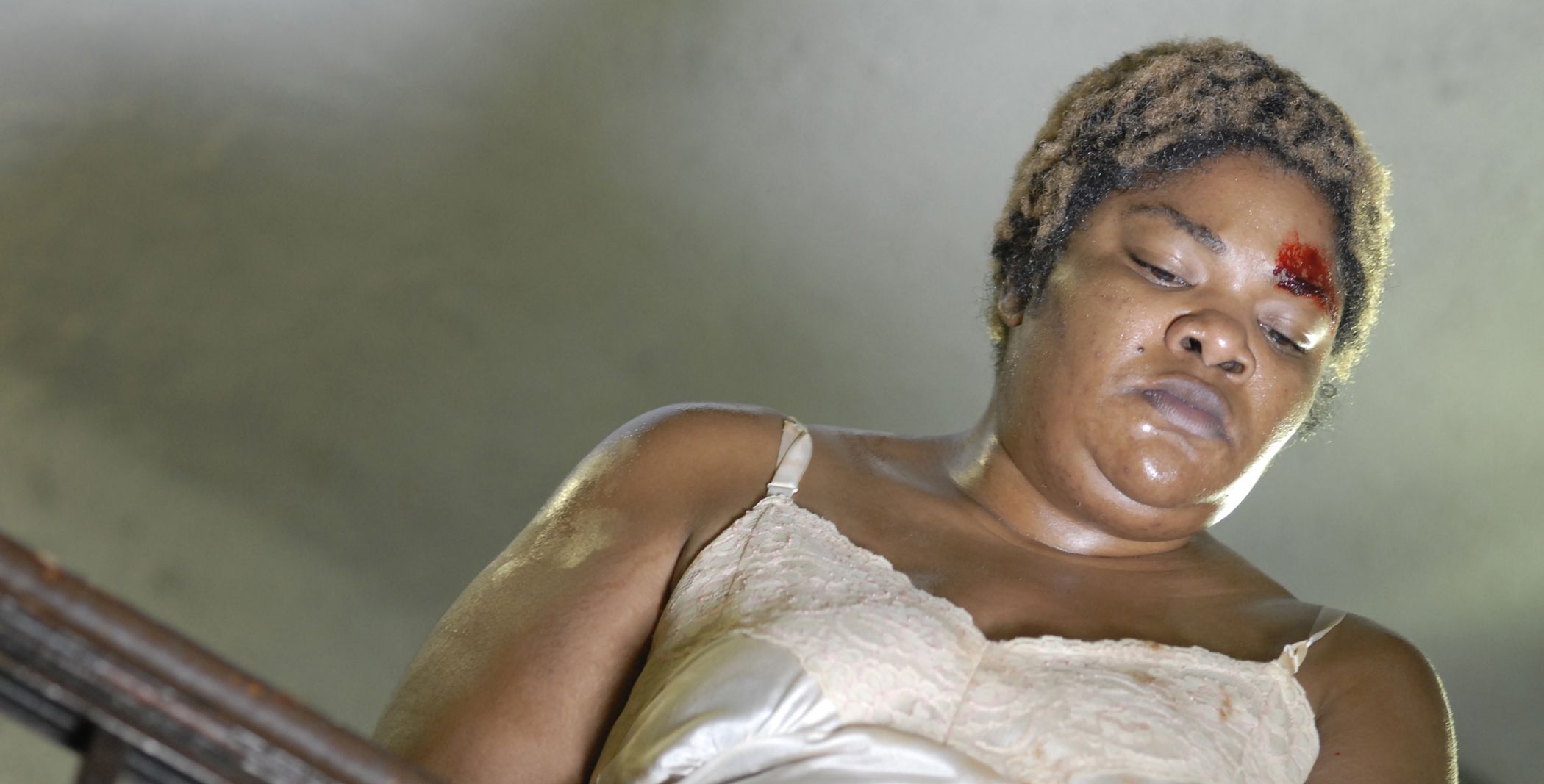 “They talk like TV channels I don’t watch,” says Precious (Gabby Sidibe)—during a game of Scrabble—about the angelic Each One Teach One instructor (Paula Patton) who takes the 16-year-old Harlem girl into her home after one too many beatings from her mother Mary (Mo’Nique). This eloquently salient and concise pronouncement may be unlike the girl, who can barely read and write, but it gets to the essence of her feelings of estrangement in a world that has given her nothing but hurt. And yet the line is also symptomatic of director Lee Daniel’s unctuous political and creative worldview: As in Monster’s Ball, which he produced, and his first feature, the equally odious provocation Shadowboxer, Daniels emphasizes only the worst in human nature, and does so in a way that flatters rather than confronts the prejudices (and fetishes) of liberal audiences.

One for the Stuff White People Like canon, Precious: Based on the Novel Push by Sapphire is an impeccably acted piece of trash—an exploitation film that shamelessly strokes its audience’s sense of righteous indignation. “Your tongue hasn’t clucked this hard since Crash,” the tagline for the film may as well read, and the proof is in the pudding, or, rather, the hairy pigs feet Precious whips up for her sick-as-fuck mother: Within the course of the film’s two hours, she is subjected to cruel beatdowns, impregnated (again) by her never-there father, sees her daughter with Down syndrome tossed aside by Mary after a visit from Social Services, steals a bucket of fried chicken, gets a TV set thrown at her after falling down the stairs with her newborn in hand, and contracts AIDS. You watch this lurid pageantry of misery with mouth agape, mostly because Daniels solicits his audience’s guilt without rousing their consciousness.

Throughout, you get a sense that Precious isn’t living out a recognizably human tragedy, but a condescending drama queen’s notion of one. Sitting on the couch, curiously watching Vittorio De Sica’s outstanding Two Women, Precious inexplicably dreams of being in a neorealist film in which her mother, though still potty-mouthed, regards her with something resembling motherly compassion. The girl’s understanding and reimagining of Two Women’s thematic essence is a little too on-the-nose (her teacher speaks like TV channels she doesn’t watch, but how is it that she dreams in a language she doesn’t even know?), and like all of the film’s gratuitous fantasy sequences and flashbacks (when Precious is raped, Mary hovering in the background like a ghost, Daniels cuts between a close-up of her father’s sweaty crotch and a pan of frying eggs), it scarcely feels like the projection of an obese and illiterate girl living in Harlem during the ‘80s, but that of a guttersniping cinephille.

Precious might have been passable if not for these slick, fatuously filmed sequences—visions of its main character dancing, singing on stages, and walking down red carpets with a light-black-skinned hottie, even seeing herself in the mirror as a white girl—that only succeed at simplifying its protagonist’s feelings of insecurity and yearning for escape, as well as highlighting Daniels’s contrived thoughts on cause and effect (and questionable sense of lighting). At Each One Teach One, where Precious is sent after it’s discovered that she’s pregnant, images of African-African political chutzpah and attainment, including a speech by Malcolm X, are green-screened onto window blinds. This is after a trip to a museum and schoolwork that involves nothing deeper than writing letters of the alphabet on the chalkboard. So, between Precious and An Education, Lone Scherfig’s horrid BBC Afterschool Special, we now have the official theme of the upcoming, self-congratulatory Oscar season: the uplift of the races and sexes through higher learning.

In scenes that capture Precious’s distressed home life, the girl is usually getting smacked upside the head by Mary, whose TV set is always tuned in to 227 or The $100,000 Pyramid. The Dick Clark game show seems like an unlikely favorite for a woman who doesn’t like to mince words, but it allows for Daniels to make a point about black and white priorities. But what point? That while black girls are being raped by their fathers, whites are trying to win cash on network television with the help of Florence Henderson? If Daniels is trying to be subversive, he doesn’t go far enough. From one social institution to the next, Precious is helped only by non-whites (including Mariah Carey’s racially-unidentifiable welfare agent Mrs. Weiss), but Daniels never grapples with how these institutions were built, and as such misses the chance to deliver a useful point about the ties between white guilt and black power. Rather than dissect how whites assume responsibility for black people’s social welfare, he writes them out of this story completely, simply asking those who may be sitting in the crowd to feel aghast, even titillated.