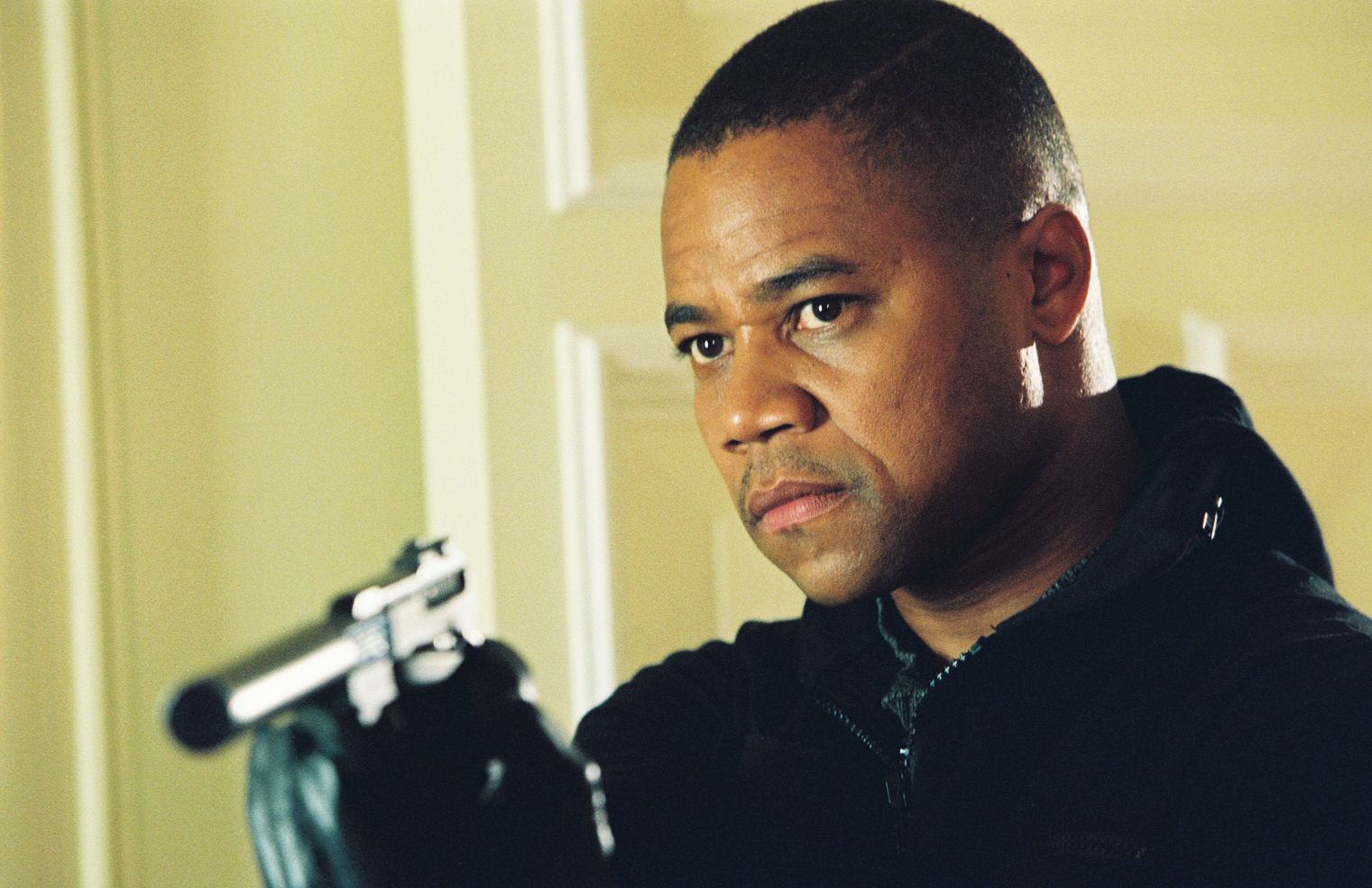 When Shadowboxer’s smarmy, sadistic crime boss, Clayton (Stephen Dorff), brandishes a half-broken cue stick before one of his underlings, who is strapped to a pool table with his pants down, you know it’s Giuliani Time. Clayton is convinced that the victim of his imminent ass-spearing is screwing his pregnant wife and talking trash about him. It’s a gratuitously vicious scene, startling not so much for its violence as its puerile, pointless indulgence, masked here as “edgy,” “raw” moviemaking. Truly, it’s a vivid indicator of all that follows in Lee Daniels’s directing debut, a faux-art-house crime thriller, and the closest approximation the movies have offered audiences this year of feeling trapped inside a rancid toilet bowl.

While Clayton’s a standard-issue bad-ass, we smell something faintly compelling about Mikey (Cuba Gooding Jr.) and Rose (Helen Mirren), the two assassins hired by Clayton to “off” Vickie (Vanessa Ferlito), the aforementioned pregnant wife. Dying from cancer, the cool-as-ice Rose is prone to painfully spot-on musings like “I’m evil,” “Been thinking about God,” and, to Vickie, “I think there’s a reason I came into your life at this precise moment.” Such lines kill any potential for complex, subtle characters, and Mirren, as accomplished an actress as she is, gets saddled with most of them; the actress never finds any purchase on her vaguely tormented character, a woman torn by considerations of mortality. Rose not only spares Vicki and her newborn son’s lives, but, with Mikey in tow, she takes their two charges under protection, keeping their existence a secret from Clayton.

What to make of Mikey and Rose’s Oedipal liaison? Rose was mistress to Mikey’s brutish father before he died and she took up with Mikey as his lover/pseudo-stepmother/assassination partner. Is it true love on Mikey’s part, or a long, slow revenge fuck against the memory of his nightmarish father? Without bothering to glean answers, Daniels loiters on the surface, resorting repeatedly to displays of the savage or the lurid—whether it’s the sight of a condom-clad Clayton doggy-styling a random ho, or a grotesque coupling between Mikey and Rose, set in a sunlit glade, or the marble-mouthed Macy Gray trying to wring laughs by saucing it up as an addle-brained tramp. Ultimately, such scenes come off as puzzling stunts, because Daniels’s scattershot character development and obtuse handling of themes give no other context in which to process them. Faring worst is Joseph-Gordon-Levitt—the dependable character actor who’s blazed quite a trail for himself in indie territory from 2001’s Manic to his more recent, stellar efforts in Mysterious Skin and Brick. As Clayton’s shiftless doctor, privy to the knowledge of Vicki and her son’s survival, and a sugar daddy to a drug-addict floozy/nurse (Mo’Nique), he dutifully endures his role, but seems anxious to put the torture behind him.

Predictably, a bond between the emotionally reticent Mikey and his surrogate son, and a simmering sexual heat between him and the lonesome Vicki do develop. A sense of character-driven purpose coheres only in the last act of Daniels’s miasmic storytelling when Mikey finally takes a personal interest in the stakes at hand. In spite of game, if uneven, performances from its leads, the movie never settles into any confident groove, as a black comedy, a melodrama, or a noir. Is it about dysfunctional families, father-son legacies, mother-son assassin-lovers? No one knows. And after 90-odd minutes of bludgeoning us into open-jawed bafflement, Shadowboxer is best aborted, and flushed away as one of 2006’s more unpleasant memories.

Review: Lady in the Water