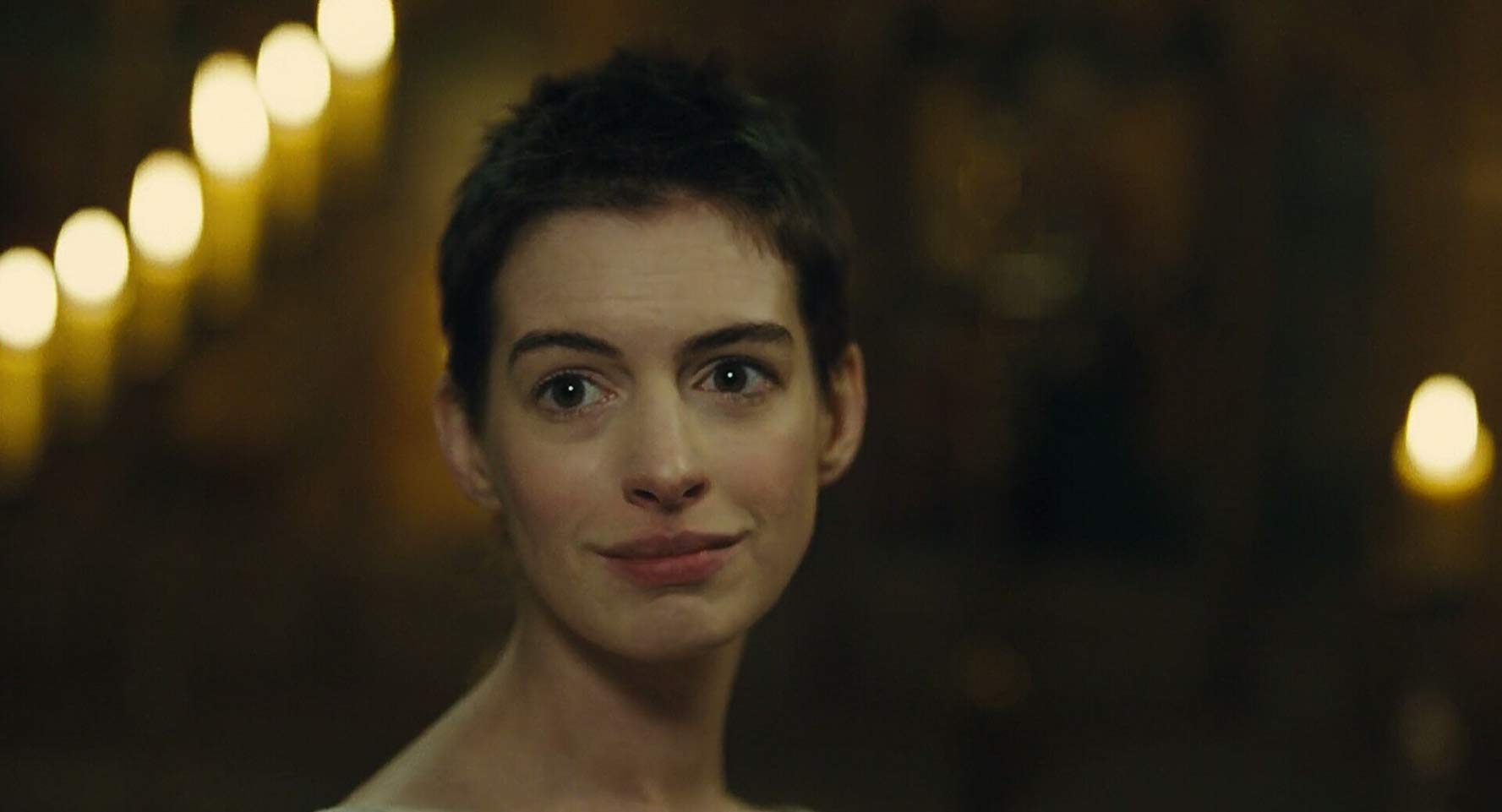 Blergh. Weeks ago I dreamed a dream where all the particulars of my presently contentious relationship with Anne Hathaway, a typically smart and endearing performer who was robbed of an Oscar in 2009 for Rachel Getting Married, were manifest. At the actual Oscar ceremony, which resembled a standing room-only dinner party, I hugged Hathaway, who I referred to as my sister, as she paraded around in her Catwoman outfit, working the room with the same jacked-up excitement she exhibited days earlier opposite Chelsea Handler and Jon Stewart and hinting at all the things she’s going to do to her hubby once she gets home. Someone, probably Christopher Plummer, announces the winner in this category and the award goes to Sally Field, for illuminating through her two excellent meltdowns in Lincoln, one opposite Tommy Lee Jones, the other opposite Daniel Day-Lewis, the essence of the Steven Spielberg film as a study of the conflict between public and private modes of behavior in the arena of American politics. Shock ripples through the room, and while I should be sad for my sister, who puts on a predictably brave face, I can barely sustain my excitement at Oscar turning his beefed-up buttocks to a performance every bit as cloying as Anne’s contrived acceptance speech at the Golden Globes.

Hathaway’s road to victory here exposes just how much of a con the Oscar pony show is, and one whose profiteers are almost always as young, beautiful, and willing as this talented actress who stands out in Tom Hooper’s film mostly for not embarrassing herself to the level of, say, Russell Crowe. She wins this award not because of merit exactly (truth is, if the Oscar nominations were determined by Tony’s voting bloc, it’s likely that Samantha Barks would have made the cut here instead, and even if Hathaway had been more rightfully nominated for The Dark Knight Rises), but because she reveals how capable she is at juggling multiple hats at once. And also because of the novelty of the film’s live singing, a point that’s been drilled so deeply into our skulls by Universal that everyone seems to have become lobotomized to the fact that this Oscar hasn’t been earned so much as it’s been sold to us—and via the sort of expensive marketing push that the Ann Dowds of the world are powerless against. And unlike Mo’Nique, it’s a process that Hathaway enables by happily appearing on talk shows and red carpets, all glamour and glee, a picture of perfect health—which is to say, the complete opposite of her Fantine. Hathaway, for being a team player, for being, to quote Joan Rivers on Fashion Police, the busiest person at a back-patting contest, will win an Oscar, the ultimate blunt object that she’ll forevermore use as a weapon against self-doubt, for perfectly embodying how to kiss up to him.