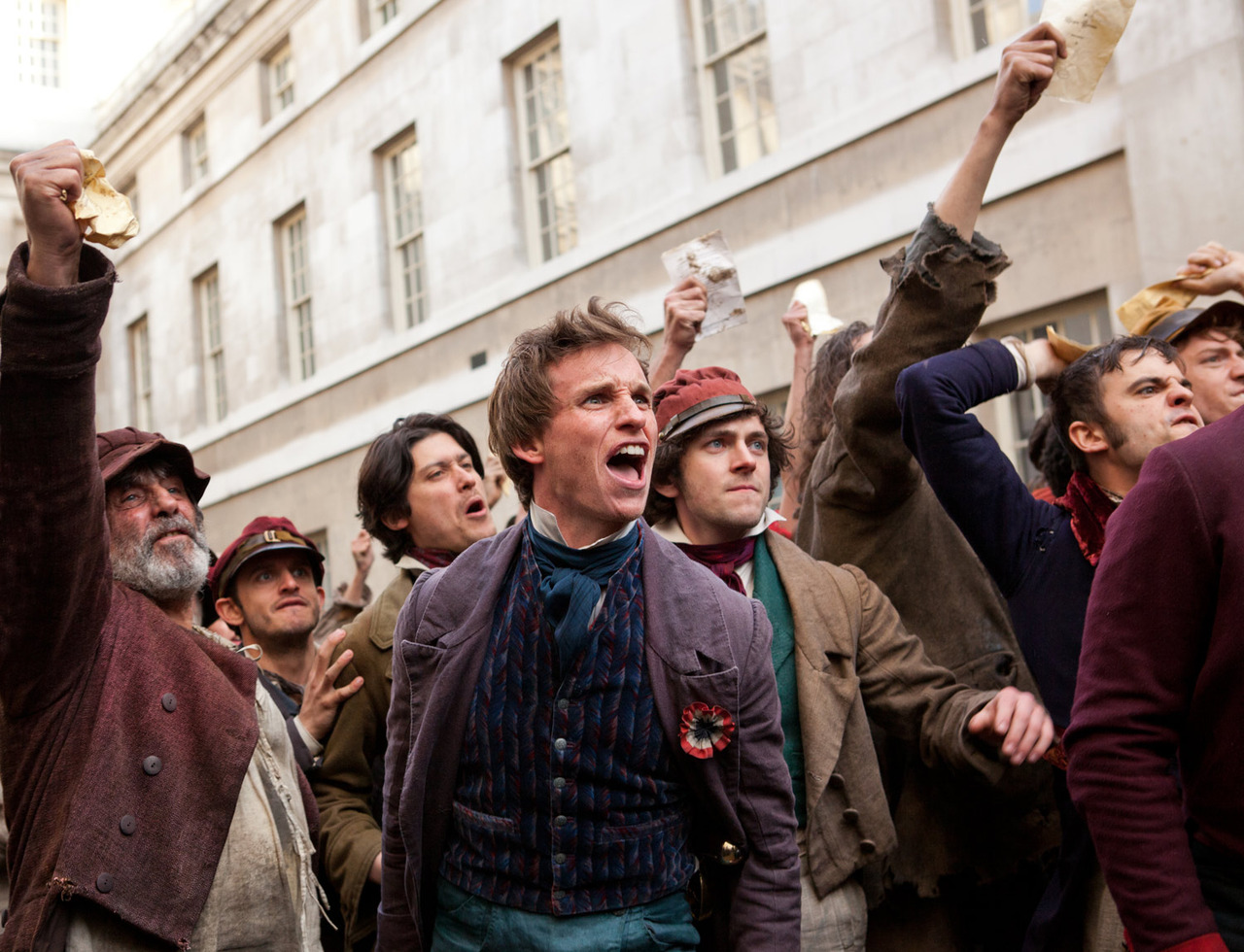 It’s at this point we had to ask ourselves, “Is Argo really going to end up a two-Oscar Best Picture winner?” Because while it seems almost certain to buck all sorts of precedent and take Best Picture, which of its six other nominations will be there to back it up? Honestly, the way things have been developing among the guild awards, the only nod that seems entirely out of reach is Alan Arkin’s bid for supporting actor. We’ll cover Best Editing in the next few days, but the movie still seems more of a spoiler than a frontrunner for original score and adapted screenplay*. In theory, that leaves Argo’s two sound bids to prevent the movie from achieving a dubious feat not achieved since Cecil B. DeMille’s The Greatest Show on Earth. Some of us are going to hedge on our Oscar-pool ballots and give Argo one or both of them, but unless the topsy-turviness of the race infects every category, both it and Lincoln seem to lack the “bigness” this category seems to require.

Not to mention songs in their hearts. More often than not in recent years, if there’s a musical or at least music-central movie in the race, it wins. Chicago, Ray, and Dreamgirls have all taken the prize over more explosively DTS-HD opponents, but it’s a trend that spans far back into the analog era, pushing Bird past Die Hard and Who Framed Roger Rabbit and Cabaret past The Godfather and The Poseidon Adventure. Which is to say, Les Misérables, which just won the Cinema Audio Society prize, would probably be the favorite for this award even if much ado hadn’t been made of director Tom Hooper forcing his entire cast (and, ahem, sound crew) to capture everyone’s vocal performances live on camera. Though the strategy left poor Russell Crowe adrift (along with, arguably, anyone whose name isn’t Samantha Barks), the genre secured its bid here. The parlor trick is the double down. Expect it to glide past the requisitely “big” contenders Life of Pi—which, despite its showily immersive 3D environments, will have to be coasting on a major tech sweep to win—and Skyfall. Only one other time has a Bond movie even been in the running here, and Diamonds Are Forever lost to…the musical Fiddler on the Roof. Sunrise, sunset.

Could Win: Life of Pi

Should Win: Life of Pi

* All right, if we’re to be totally honest, this is starting to feel like another one of those years where we call a screenplay very early in our one-a-day schedule, and then watch helplessly as the buzz needle swings a completely different direction. It happened in 2007, it happened in 2010 (twice), hell, it even happened when making the correct call in 2011 when I just had to tempt fate by writing about the screenwriters’ branch no longer loving Woody Allen exactly one year before he earned his 15th nomination and third win. Now, with a Writers Guild Award fresh in Argo’s corner, it looks like it’s going to happen again.