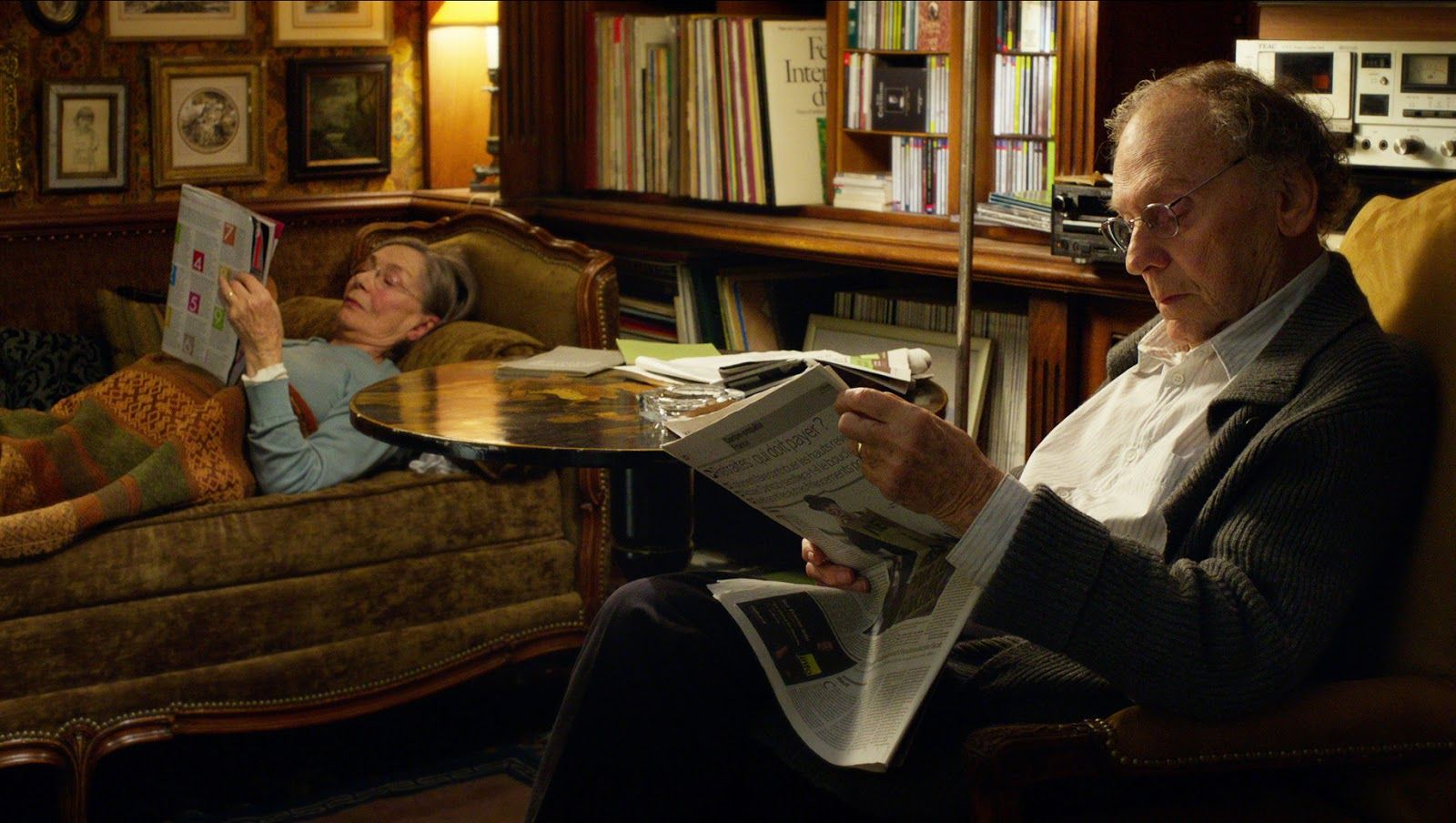 More than in any of the other categories it’s nominated in, the unreal fall from grace suffered by Zero Dark Thirty will be particularly palpable when it inevitably loses here. Though few would deny that it represents this category’s most massive undertaking, and even some of the political blogosphere’s harshest critics still gave Mark Boal’s skill backhanded praise for what they deemed flagrant ethical persuasion, the 24-hour news cycle has plainly turned what was until the nomination announcements the presumptive frontrunner for the prize into, well, something like Peter Staley up against the Academy’s petrified bureaucracies, who are evidently ignoring the film and hoping it will all go away. The Academy’s skittish unwillingness to grapple with the film’s prickly but magnanimous examination of a political situation with no easy answers is going to go down as one of their all-time NAGLs, especially given the two-pronged love letter to God and country (Hollywood and the rest of the U.S., respectively) that’s poised to take Best Picture. But as far as this specific category goes, the controversy swirling around just how much input/propaganda the C.I.A. supplied Boal with may well have killed off its chances to win original screenplay even if the issue of whether his film obliquely or outright endorses “enhanced interrogation techniques” hadn’t already hit the dependably liberal AMPAS right in the balls. Either way, Boal won’t lose this one because his movie failed to discredit Americans’ monstrous thirst for vengeance. He’ll lose it because our current climate also thirsts for clean, unfettered catharsis, something Zero Dark Thirty responsibly elides.

Just as Ben Affleck’s shocking snub has created a vacuum at the top of the director category, Zero Dark Thirty’s buzz collapse has turned this category into a race between whichever candidates have the least demerits. John Gatins’s Flight is probably last on that list. Its galvanizing opening act is a wonder to behold, processing decades’ worth of collective plane-crash memories into one bravura set piece so powerful (Denzel Washington’s collected captain telling the confused head stewardess to tell her son she loves him and then reminding her of the black box) that the rest of the film’s descent into After-School Special territory seems even more deflating. It’s a “side one, track one” for the record books, to snatch from Jack Black in High Fidelity, but its structure is hardly going to make Robert McKee reach for the oxygen mask. The delightful, spritely Moonrise Kingdom probably could, but the Academy at large has never shown Wes Anderson any love at all. With no other nominations for the film many predicted would at least slip into the tail end of the Best Picture lineup, there’s no reason to think this organization will turn their longstanding McKayla face upside down over his work this time.

Ultimately, Oscar voters are likely going to have to weigh their options between Michael Haneke’s spare Amour and Quentin Tarantino’s diarrhetic Django Unchained. Though British bookmakers see this one breaking Tarantino’s way (as it did at the BAFTAs), we think they underestimate just how uncomfortable a position Tarantino’s affinity for a certain word puts progressives of a certain vintage. Imagine Samuel L. Jackson personally having this exact conversation with each and every Oscar voter, and you have a pretty good idea of the handicap Django Unchained faces in this category even if it weren’t an overlong, shapeless piece of sloppy seconds. That leaves Amour, arguably the only film in the running with broad heat. Death happens by default. Haneke’s win in this category might too.