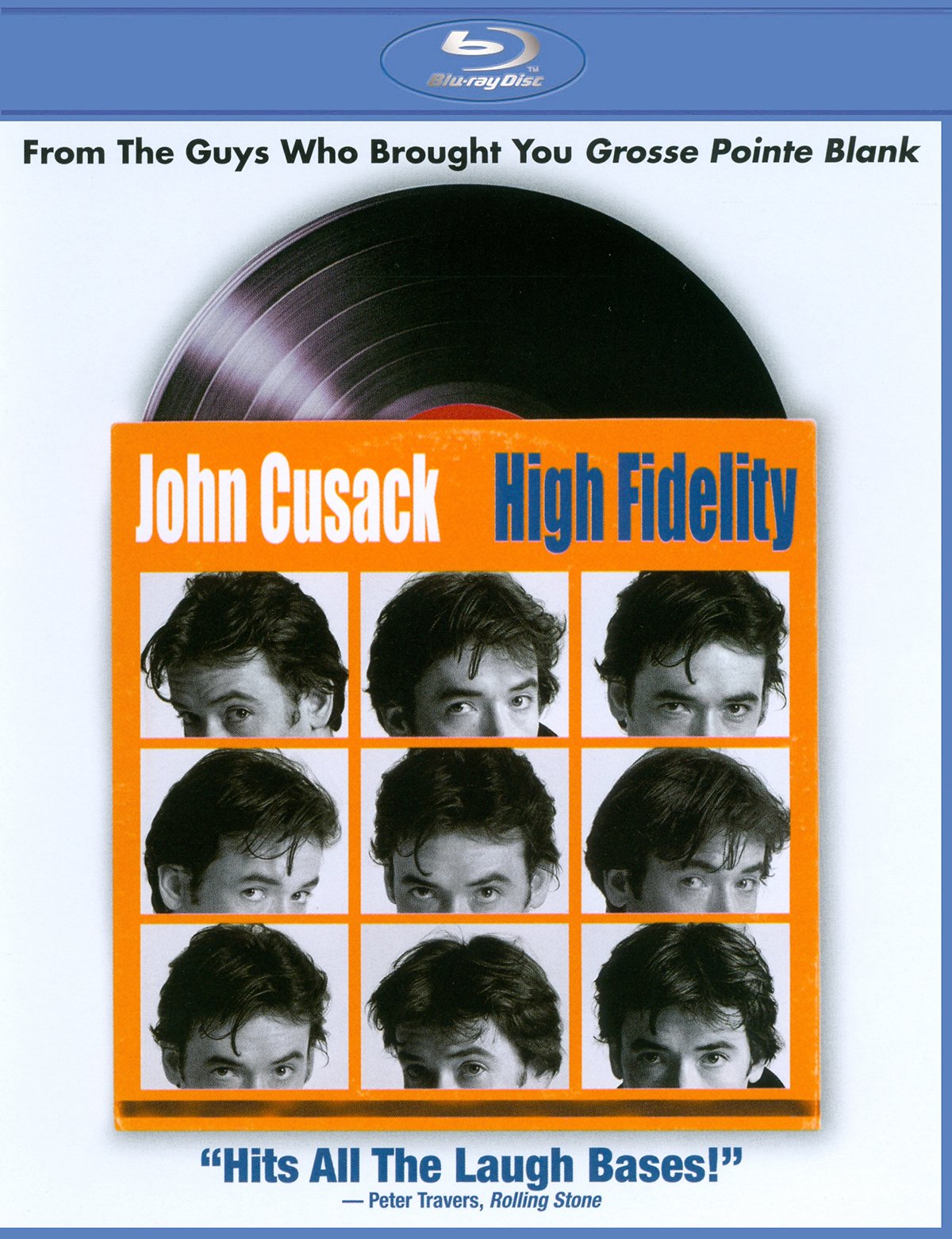 Stephen Frears’s High Fidelity may be the ultimate John Cusack movie, as his screen persona, an unusual mixture of idealized romantic courtliness and prickly self-absorption, seems to inform the film’s tone at a nearly chemical level. Adapted from a terrific Nick Hornby novel by Frears and a variety of screenwriters that included Cusack himself, High Fidelity is structured as a conventional comedy of remarriage updated for a contemporary audience, but the execution is less resolvable: The film is a romantic film about putting away romantic notions.

People, especially women, are drawn to Cusack because he basically represents a number of readily identifiable kinds of movie types at once. The actor, particularly in Say Anything…, can play the cute nice guy that a woman should theoretically marry, but there’s also an undercurrent of darkness that prevents him from becoming the kind of priggish foil that Ralph Bellamy often played in romantic comedies in the 1940s. There’s an edgy, bitter subtext to many of Cusack’s performances—a suggestion that he resents his all-American looks, and so he often, somewhat intangibly, seems a little dangerous. Or simply: Cusack is often the good guy and bad boy at once, and that friction is the source of his star power.

Frears probably understands Cusack’s screen presence with greater clarity than any other director. The actor played a distinctive kind of patsy, simultaneously vicious and naïve, as a con man in the director’s appropriately nasty The Grifters, and in High Fidelity Cusack achieves a considerably more benign incarnation of a similar duality. Rob (Cusack) is essentially the film’s romantic hero and villain at once—the embodiment of the platitude of someone being their own worst enemy. Frears and Cusack are bracingly unsentimental about Rob; he’s not the lovable loser of certain romantic comedies, but an intelligent slacker who’s slipping into the caustic bitterness that can come with reaching your mid 30s with little conventional achievement to show for it.

Rob’s a music fanatic barely getting by as the owner of a trendy record store who’s dumped in the opening by his successful girlfriend Laura (Iben Hjejle, who has a fragile delicacy that transcends the role of “girlfriend”). The film’s chief joke is that Rob, who speaks directly to us in a device that purposefully accentuates his self-preoccupation, grows less sympathetic with each detail that we learn of his role in the recently ended relationship. Rob, as the rom-com formula dictates, is the man that Laura will eventually be reunited with, and they have considerable chemistry, but he’s clearly, as Laura says late in the film, “not a good bet.” Rob and Laura are right for one another, but not good for one another. Well, Rob isn’t good for Laura.

In the tradition of Nick Hornby’s novels, Frears somehow celebrates stability and recklessness in roughly equal measure. Like most romances, High Fidelity is a fantasy of self-actualization, of finding a lover who recognizes something in you and nurtures it so that you’re allowed to transcend your flaws to become whoever you’re supposed to be. Rob graduates to a vaguely adult realm at the end of the film, but potentially at Laura’s expense, and the filmmakers never bother to assure to us that this union is permanent. The acknowledgement of that impermanence is why the film is ultimately so romantic and refreshingly reminiscent of how people actually approach love outside of a movie screen. The characters in High Fidelity aren’t entitled to love by due process like the ninnies of many romances; they must work at it, just as they must work at attaining whatever else they want to have in their lives.

Professional and romantic ambitions are very explicitly linked in High Fidelity (this also runs through Nick Hornby’s work), more explicitly than most American films dare to. Rob is comfortably ensconced in geek culture, holding court in his record store along with his two pseudo-employees (Todd Louiso and Jack Black, both wonderful) and dodging his insecurities by lording his arcane music knowledge snobbishly over those who have what he perceives as lesser tastes. Rob affects a superiority that’s meant to excuse him of producing anything of his own, and he collects records and women in similar fashions, as they’re both ultimately impermanent distractions from the permanent holding pattern he’s chosen for himself. To say that this film—which predates the rise of the mass Internet-enabled niche culture of the aughts by a couple of years—has aged well is a considerable understatement.

It’s also funny and appealingly loose. High Fidelity hits most of the beats of a rom-com, but so lightly you hardly notice. This is the romantic comedy as hip hang-out movie, and the ending, because of the filmmakers’ willingness to acknowledge authentically adult concerns, is one of the most exhilarating in all of American movies. High Fidelity is ultimately about the struggle to climb out of your womb to find your song, and about the realization that your song probably wasn’t the one you initially assumed it to be.

The image is fine, if a bit unremarkable. The whites and blacks are strong and well-contrasted, and there’s a level of graininess that’s been maintained to preserve the film’s intentionally shaggy look. No detectable transfer problems, but the image upgrade from the original DVD (which was well-produced for the time) is negligible. The sound mix is a strong balance of dialogue, ambient sounds and a wonderful soundtrack, though it’s lacking a certain lushness that one enjoys from well-produced DVDs of music-centric movies such as Almost Famous. This transfer is good enough, but the film deserves a spruced-up special edition.

Once again, nothing new. The conversations with actor/co-producer John Cusack and director Stephen Frears are engaging and provide an effective general overview of the film’s production, and the deleted scenes are occasionally amusing, but these are the same extras that were included on the DVD. A failure to provide a retrospective documentary or filmmaker’s commentary is regrettable.

One of the touchstone American romantic comedies of the dawning millennium, High Fidelity deserves better than an obligatory Blu-ray that offers little upgrade from the original DVD.