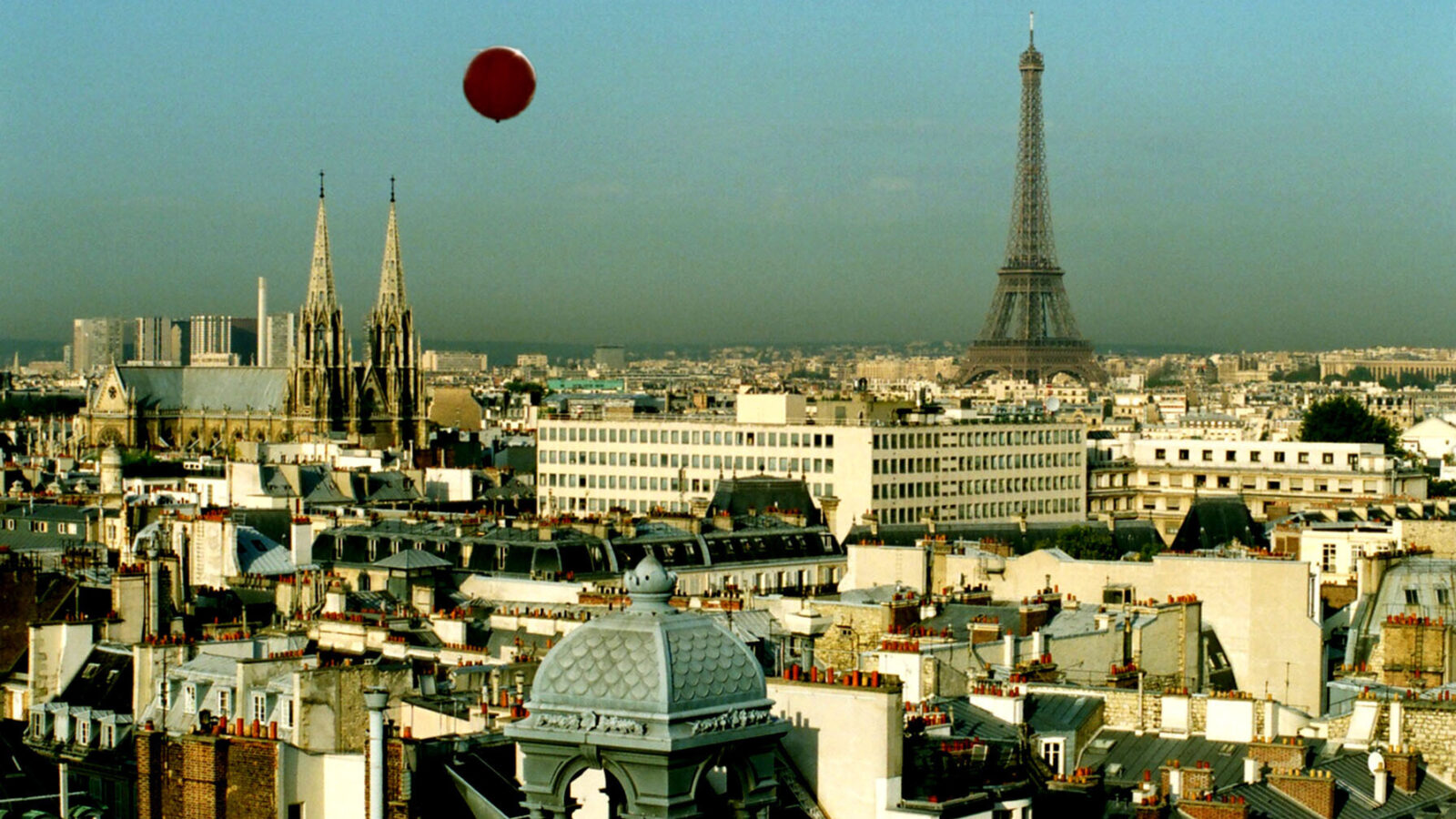 It’s exciting as well as a little nerve-wracking that Hou Hsiao-hsien’s latest feature offers many firsts in his seventeen-year career: his first made outside of Asia; his first starring a major international actress (sorry Shu Qi, but you’re not in the same league as Juliette Binoche); and, perhaps most significantly for a director not known for trading in symbolism, the first featuring a performance by a metaphorical object.

From its first appearance, Hou’s red balloon is established not as the charming anthropomorphic babysitter in Albert Lamorisse’s original short, but as an effulgent object hovering at a perpetually tantalizing distance. In paying homage to the original, Hou makes a major change that makes the film his own, limiting the once-central object to intermittent appearances that keep its narrative and metaphorical significance ambiguous to the brink of frustration. But the marginalization of the balloon conveys the film’s essential structure, in which people are in a perpetual state of movement, convening and dispersing with no overt motivation other than to live as best as they can manage. Likewise, the film itself is a red balloon, held at arm’s length, but in plain sight, inviting engagement.

If the film has a central protagonist, it would be the young boy Simon (Simon Iteanu) whose initial encounter with the balloon is but one of several moments presented by Hou as events first, plot points second. For plot conveys meaning, but in real life, meaning may not occur to us for hours, if not years after an event. This is a cornerstone of Hou’s cinema: the understanding of a personal sense of history that arises from an ever-unfolding present. Its relocation to a non-native environment, much like the Japanese milieu of Café Lumiere, endows it with an elemental freshness, a sense of seeing things foremost in the moment, allowing their contexts to emerge over time. (This is precisely what was missing in the final contemporary section in Three Times, crammed as it was with signifying details, written in rushed shorthand, that were meant to convey “The Times We Live In.”)

Over a series of leisurely Parisian moments, we come to know Simon, his mother Suzanne (Binoche), a perpetually frazzled single mom who works in a puppet theater, and his new nanny Song (Fang Song). As one scene builds to the next and individual behaviors accumulate into personalities, it becomes clear that all three leads are in a process of discovery. A newcomer to Paris, Song may to some degree serve as Hou’s on-screen surrogate: she politely studies the routines of the family’s lived-in apartment while working on her own video homage to Lamorisse’s film. Simon, meanwhile, shuttles through a world of piano lessons and Game Boy pleasures, an exotic nanny and a red balloon substituting for an absent half-sister and father, his existence conveying both independence and neglect, alternately enchanted and starkly alienated, but never sentimentalized.

Contrasting with the emotionally neutral personalities of Song and Simon, Binoche’s expressive Suzanne is a character unlike anyone in Hou’s stoic filmography. Frumpily dressed and mopped out in a bad blonde dye job, Binoche flits about in a perpetual state of distraction; her only moments of true joyful focus are her boisterous narrations accompanying the puppet plays. The rest of the time she’s juggling to make time for her son and growing increasingly dismayed about the tenant downstairs (Hippolyte Girardot), a friend of her ex-husband who hasn’t paid rent in six months. As improbable as it sounds that the restrained Hou would channel some of the unbridled energy of Cassavetes, he nonetheless lets Binoche play rough and ready, Gena Rowlands-style. She is her own person, given room to vent both physically and verbally, more lively here than in her neurotic work with Kieślowski, Malle or Haneke. Hou’s direction doesn’t so much contain her as complement her, steadily following her own progress towards a remarkable moment of self-liberation, accompanied by the steady tinklings of a blind piano tuner.

Enough can’t be said ofMark Lee Ping Bin’s lensing, perfect in its controlled movements while giving the full sensation of finding the shot in the moment. After nine collaborations with Hou , Lee has established his own sub-genre, which might be termed “mothimatography” for all its instinctive gravitation towards light and movement, letting those elements frame the shot and define the scene with mercurial consistency. Hou’s choreography of these people, in what scholar Fergus Daly termed “clusters of signs and affects given form by light,” underscores a radical philosophy significant not just to the making and watching of movies but also to life: that these objects and people on screen don’t exist for us, no more nor less than any other objects or people in the world, and that they are on their own respective journeys in which we are passing spectators, just as they are in ours.

Review: Out of the Blue