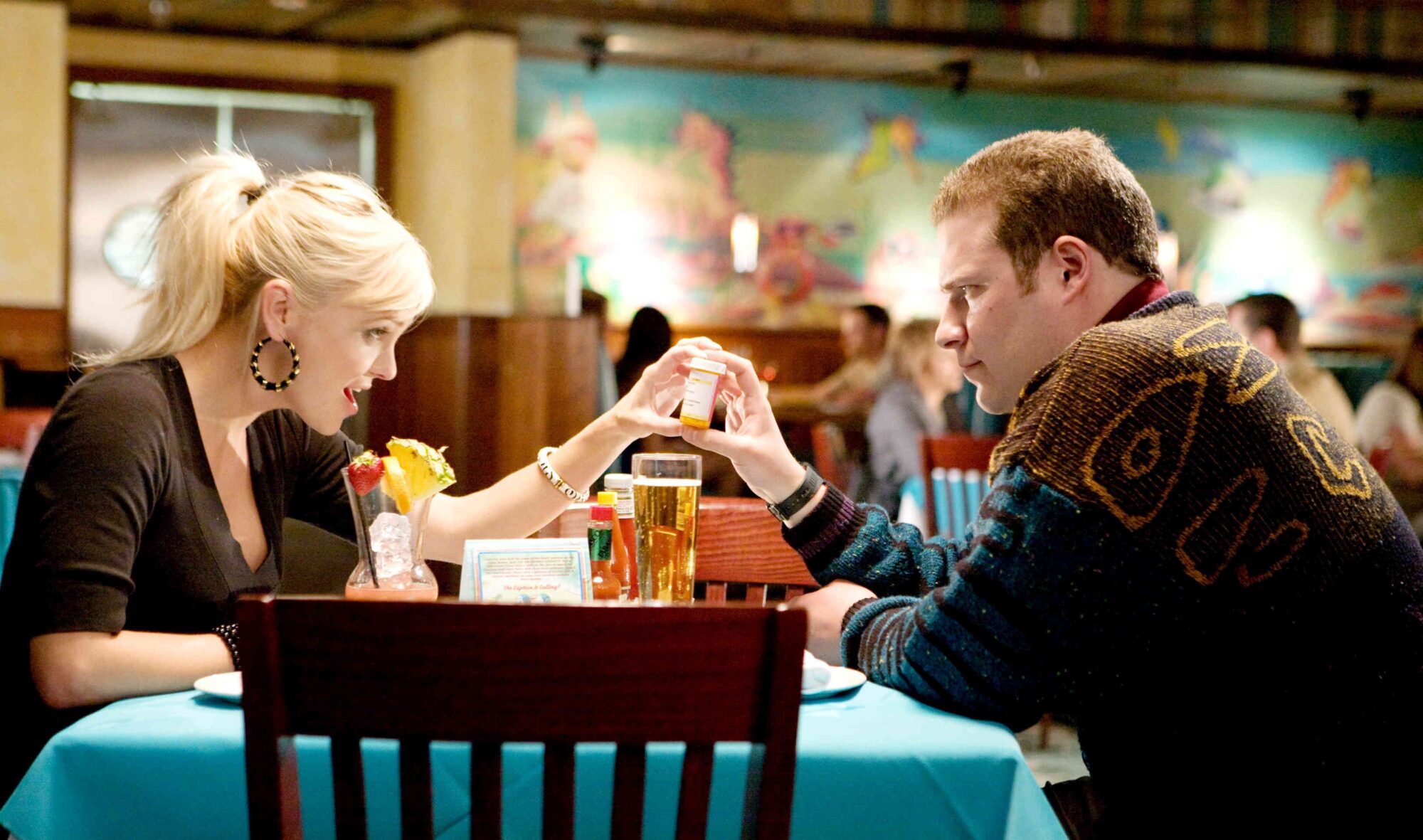 As evidenced by his directorial debut The Foot Fist Way and his work on HBOâ€™s East Bound and Down, Jody Hill takes Ben Stillerâ€™s comedy-of-awkwardness to painfully uncomfortable, extreme realms, offering up unrepentantly disagreeable characters who confront their deep insecurities through psychotic displays of machismo. His Observe and Report continues that trend in the form of Ronnie Barnhardt (Seth Rogen), a portly, bipolar head of mall security who fancies himself a crime fighter even when itâ€™s clear heâ€™s little more than a go-nowhere rent-a-cop. Stalking the mall like a lion prowls the plains, spying on vapid, buxom cosmetics counter girl Brandi (a somewhat squandered Anna Farris), and berating twin Asian underlings for their lack of discipline or chatting them up about their shared firearms fetish, Ronnie is a delusional lunatic who takes his vocation bizarrely seriously, which is the exact opposite way in which people take him. Heâ€™s the unhinged flipside to Kevin Jamesâ€™s cuddly, roly-poly Paul Blart, a man who makes sure to profanely berate a TV newswoman on the air for not referring to him by his proper title (culminating in him delivering sarcastic payback by calling her â€śdoctorâ€ť), even as he proves wholly incompetent in his efforts to catch either a persistent robber or the flasher terrorizing the mallâ€™s parking lot.

Describing his murder-rampage dreams during a psych exam for the police academy that he desperately wants to attend, Ronnie reveals his volatile insanity. Yet despite the fact that Ronnieâ€™s a racist, a borderline-rapist, and perfectly willing to join his lisping, curly-haired co-worker Dennis (Michael PeĂ±a) in a day-long binge of booze, pot, coke, and heroin (and then partake in the severe beating of young skateboarders), both Hill and Rogen pull their punches before making their protagonist truly discomfiting. Just as the filmâ€™s cinematography, courtesy of Tim Orr, lends it a professional sheen absent from the scraggly Foot Fist Way, so too is Ronnie a moderately more palatable psycho in comparison to those embodied by Hillâ€™s usual leading man Danny McBride (cameoing as a drug dealer). McBrideâ€™s characters exude a deviant dementia that Rogen, whose unhinged badass routine doesnâ€™t totally camouflage his inherent, soft-and-cuddly likeability, canâ€™t quite approximate. This only means, however, that Hillâ€™s latest delivers a slightly more mainstream variant of his typical inappropriate madness, here epitomized by the sight of Ronnie screwing a nearly passed out Brandi, dried puke on her pillow, and then getting berated by her (â€śWhy you stopping, motherfucker?â€ť) when he acts momentarily concerned for her well-being.

Hillâ€™s predilection for wrenching humor from ugliness can, on the surface, occasionally seem shocking simply for the sake of being shocking. Yet amid the filmâ€™s boundary-pushing set pieces lies empathy for his screwed-up protagonist, whose tough-guy self-deceptionsâ€”and the extreme lengths to which he goes to validate those illusionsâ€”are ultimately as pitiful as they are unsettling. Whether itâ€™s Ronnieâ€™s alternately threatened and sycophantic reaction to arrogant detective Harrison (Ray Liotta) intruding on his professional turf to handle the streaker case, or a fight sequence in which Ronnie initially stands up for himself by walloping a procession of cops with a flashlight, Oldboy-style, before eventually suffering a brutal beatdown, Hill roots his outrageousness in an uncomfortable mix of need, longing, and fury. Hiding in the closet in the hope of watching Ronnie have a grade-A meltdown when Harrison tells the mall cop that he didnâ€™t make the police force cut, a detective (Ben Best) instead exits the scene early, remarking, â€śI thought this was gonna be funny, but instead itâ€™s just kinda sad.â€ť Observe and Report, however, is funny most precisely because itâ€™s sadâ€”as well as sick, skeezy, and just this side of scary.