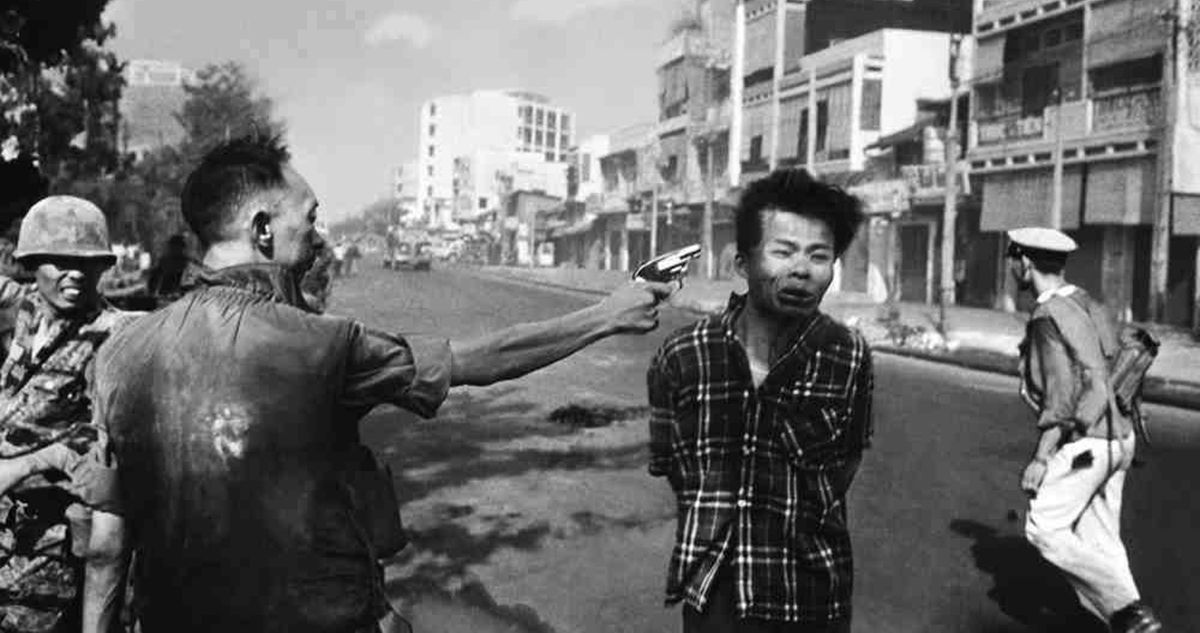 Have you ever sat and paged through one of the myriad coffee-table books showcasing the collection of Pulitzer Prize-winning breaking news photographs? Most of them dutifully annotate the circumstances surrounding what happened the moment the photographer’s shutter opened, and in most cases what happened immediately thereafter. In other words: Did the person caught falling from a hotel balcony, lying bloody in the middle of the country road, or about to be impaled by the American flag end up living or dead? What seems to interest the oversized, hardcover catalogs less than what journalists colloquially refer to as the nutgraph is who was standing behind the camera and, more to it, how they were affected by what, in most cases, is a severely traumatic moment frozen in time.

An Unlikely Weapon: The Eddie Adams Story presents its own haunted photographer as a man who spent his entire career actively fighting the influence of his own moment of Pulitzer glory. Eddie Adams’s once-in-a-lifetime shot was the famously violent image of Vietcong prisoner Nguyen Van Lem being unceremoniously executed by Brigadier General Nguyen Ngoc Loan in the middle of a Saigon street. Adams’s unreal photographic feat, stunning in its casualness, matched two split seconds—the 1/500th of a second of film exposure and the even quicker moment Loan’s bullet was slipping through the prisoner’s grey matter—and took a lot of credit for turning the hearts and minds of the American public against the war in Vietnam. Adams’s lasting impression of the photo: “The composition was terrible.”

Rather than delve into the political implications of the photo, Susan Morgan Cooper’s documentary instead serves as a fairly surface-oriented hagiography of a self-conscious rock-star photographer. Much as Adams spent the remainder of his career branching out in unexpected directions, from glossy shoots with Bette Davis and Clint Eastwood to emphatic examinations of the plight of Vietnamese refugees, with a good-measure stopover in Hustler Magazine territory in between. The documentary seems to suggest that the overly controlling Adams tried, but was never able, to escape the legacy of his almost accidental serendipity.

Understanding Screenwriting #22: Race to Witch Mountain, Frost/Nixon, Two and a Half Men, & More