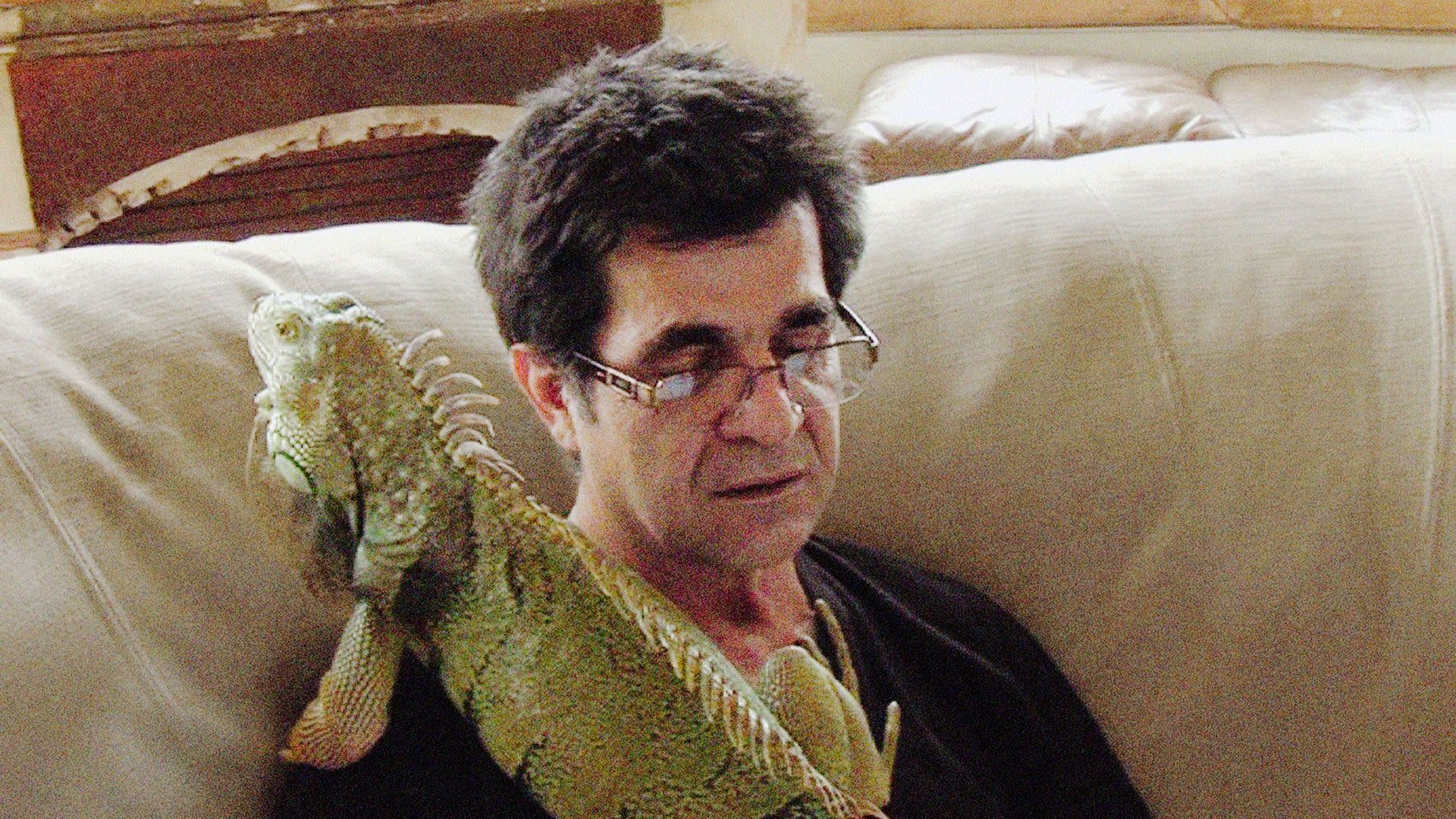 Iranian director Jafar Panahi made his ironically titled This Is Not a Film with the help of a good friend, documentarian Mojtaba Mirtahmasb, after being sentenced to six years in prison for the crime of “preparing an anti-government film.” (Mirtahmasb has since been arrested as well.) Alternately funny, sad, and infuriating, the film is a shiv smuggled out of a prison and driven deep into our hearts.

Judging by the digital footage we see here, which was shot while Panahi waited for the results of an ultimately unsuccessful appeal, the prospect of prison was nothing compared to the sense of nerve-shot entrapment brought on by the other half of his sentence. Panahi’s real tragedy is that he has been silenced as an artist in the prime of his creative life, forbidden to make films, write screenplays, leave the country, or give interviews for 20 years.

The pain of that gag order is half of the subject of This Is Not a Film. Its conjoined twin is the exhilarating creativity that allowed Panahi to find one last way around his gag rule, creating this remarkable movie and somehow getting it smuggled out of the country on a USB drive baked into a cake.

At first the filmmaker just moves in and out of the frame before a stationary camera while he eats breakfast, cleans up, makes and drinks tea, and talks on the phone. He could be updating Jeanne Dielman, with the housewife’s self-imposed imprisonment replaced by the restrictions imposed on a free spirit by an oppressive regime. But Panahi’s soul turns out to be as expansive as Dielman’s is crabbed, so the scope of the film soon swells to include other people and ideas. It even makes room for his daughter’s surprisingly affectionate iguana, Igi, who is often in the foreground or background of Mirtahmasb’s casually elegant compositions, giving us something compelling to look at while Panahi surfs a heavily censored internet or talks to a friend.

Most of This Is Not a Film was apparently shot in one day, on the 2010 Muslim New Year. That’s either a happy accident or another example of the filmmakers’ savvy, since the New Year fireworks constantly cracking in the background and the reports of unstable excitement in the streets magnify our sense of the world outside Panahi’s cushy Tehran apartment as a perilous place. Panahi remains under a kind of unofficial house arrest, never once leaving his apartment building, but people keep coming to him. A neighbor tries to drop off her neurotically yappy dog, Micky, with him for a few hours; a delivery boy drops off an order of food; a handsome and personable young man comes by to collect his trash.

And, of course, there’s Mirtahmasb. He arrives after Panahi calls with a cagy invitation, his request worded carefully to avoid getting his friend in trouble with eavesdropping officials, and the two never stop collaborating, discussing lighting, camera angles, and settings and fighting amiably over who gets to call “cut.” They sometimes film each other simultaneously, Panahi with his iPhone and his friend with a semi-professional-looking videocam that belongs to one of Panahi’s children. They don’t always seem to know why they’re filming, but they agree that it is of the essence. “They say when hairdressers get bored they cut each other’s hair,” says Mirtahmasb after noting that Panahi would have captured some “important moments” if he started filming when he was arrested. “It’s important that the camera stay on.”

Panahi talks a lot on the phone, his seemingly unscripted conversations with friends, family, and his lawyer telling us a lot about his situation, including the fact that his sentence was “100% political and not legal at all,” according to his lawyer. He also keeps popping his movies into his DVD player, fast-forwarding to certain scenes and then talking to Mirtahmasb about what he got or failed to get there that he’s looking for now, in their contraband film.

Meanwhile, he keeps circling back to the activity he asked Mirtahmasb over to film: his reading aloud of a screenplay he’s been forbidden to film. He busies himself with this project like a kid playing house, outlining the set with colored tape on his floor and unself-consciously acting out the rudiments of his plot. And then he stops, visibly agitated and frustrated by the limitations of his self-imposed exercise. “If we could tell a film, then why make a film?” he asks, a question that lingers in our minds as it no doubt does in his.

In his final encounter of the day, Panahi rides his apartment’s elevator down with the trash collector and we have the pleasure of watching the neorealist director, who has always loved working with nonprofessional actors, ease into action. Under his gently persistent questioning, their brief encounter yields humor (Micky’s owner tries to foist the dog off on the young man), social commentary (his subject talks about how hard it is to find jobs, even with an advanced degree), and human interest to spare.

It also supplies a powerfully poignant ending to the film, whose last lines are spoken gently by the trash collector as he heads out into the chaotic courtyard. “Mr. Panahi,” he says, “please don’t come outside. They’ll see you with a camera.”

Review: Fireflies in the Garden