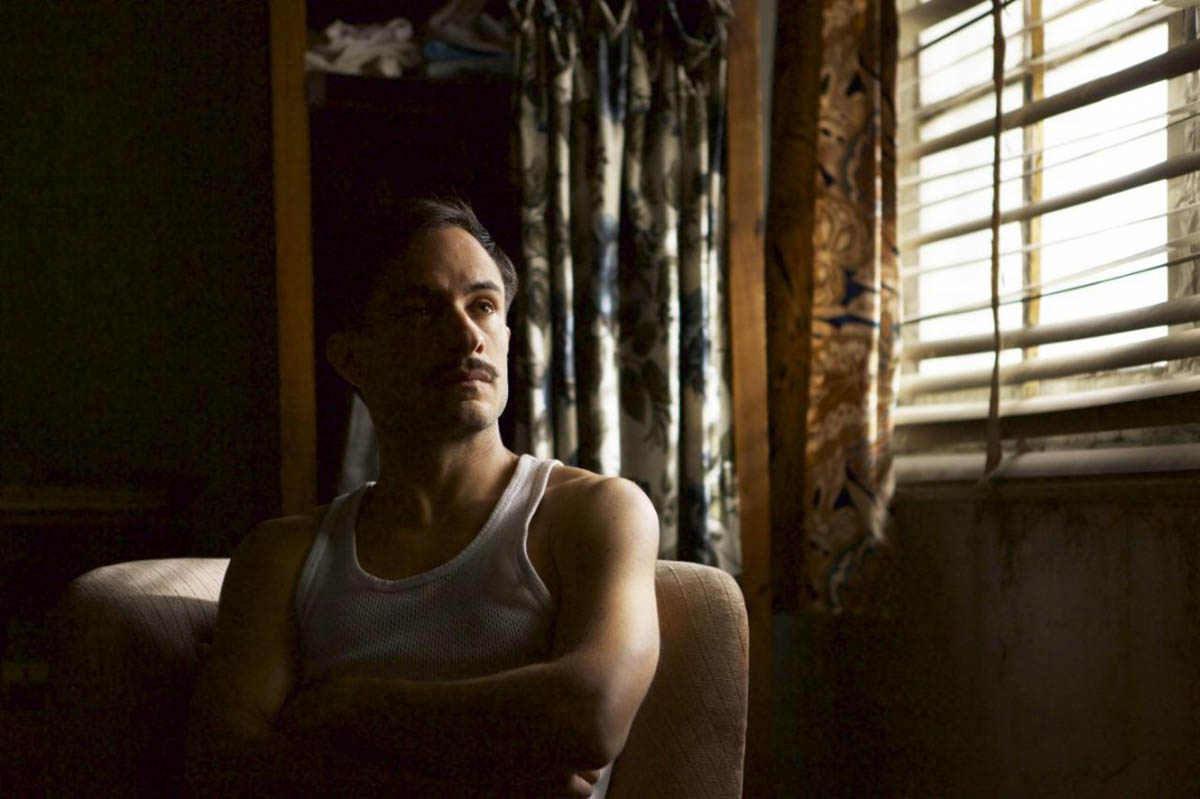 Director Pablo Larraín has described Neruda as being more a “Nerudian” film than it is a film about Pablo Neruda, hinting at the postmodern character of this overtly fictionalized biopic of Chile’s greatest poet. In both examining and exemplifying the way facts and legends have a way of conflating around famous figures, Neruda is simultaneously flippant and deadly earnest in its attempt to bring the poet’s protean life to the screen.

The screenplay by Guillermo Calderón half-acknowledges its own fictionality while nevertheless maintaining a straight face about the events it depicts. In doing so, it follows in the tradition of similar Latin American literary masterworks that used magical realism, an allusive blend of reality and fantasy, to make sense of the region’s seemingly unceasing history of violence, from the genocidal subjugation of the native population to the various totalitarian governments from both ends of the political spectrum that instilled martial law across the continent during the Cold War.

Set in 1948, when Neruda was already a national icon, the film sees this year as emblematic of the poet’s turbulent, controversial career. From the opening scenes, which show Neruda (Luis Gnecco) holding court over a bacchanal in his luxurious home with his wife, the painter Delia del Carril (Mercedes Morán), Larraín sets out to capture all of the irreconcilable paradoxes and hypocrisies of a prodigious life. Dedicated communists, Neruda and del Delia were still wealthy bohemians who struggled to live without the accoutrements of power and affluence. They were forced to do so when Senator Neruda was stripped of his post after his communist party was outlawed by President Videla (Alfredo Castro), whom Neruda had initially supported.

The bulk of the film follows the couple’s life in the Chilean underground, where del Carril, who was born into a life of privilege, quickly loses her bearings, but Neruda, born into the working class, struggles heroically to maintain an ambiance of luxury to which he had grown accustomed. As many of his friends and fellow communists were being arrested and sent to concentration camps run by a then little-known military officer by the name of Augusto Pinochet, Neruda never gave up the luxuries and pleasures that he felt entitled to. The communist is shown visiting a brothel disguised as a priest, where he’s entertained by a transvestite singer, and continuing to arrange orgies even as the police closed in on his hideout.

Larraín places Neruda in the framework of a detective story, the poet’s favorite prose genre, pursued by the fatuous detective Óscar Peluchonneau (Gael García Bernal). Peluchonneau is a figure too fantastic to invent, yet Neruda nevertheless sees the game of cat and mouse between the two as a work of fiction of his own devising, and soon has the increasingly paranoid Peluchonneau thinking the same thing. While there was a real-life Peluchonneau, the detective’s fate is radically altered in the film to reflect Neruda’s solipsistic outlook, which sees the world revolving around him and all men’s fates dependent on his personal whims.

Larraín captures both the hubris of a man who thinks himself above the law in Neruda and the hubris of the law in Peluchonneau, who’s merely a projection of Neruda’s mind and therefore merely another manifestation of the poet’s immense narcissism. This false duality gets at the film’s fundamentally burlesque nature, which shows Neruda’s struggle with the beginnings of Chilean fascism as a lighthearted game with deadly consequences, whose dangers perhaps Neruda himself underestimated until it was too late.

In using Neruda as a lens through which to view the genesis of post-war fascism in Chile, which would ultimately lead to the overthrow of Salvador Allende’s communist rule and the rise of Pinochet’s dictatorship, Larraín displays an ambivalent political attitude that reflects the complex legacy of this period in the nation’s history. Narrating the film from the perspectives of both Neruda and Peluchonneau gives the film an ironic edge, as both men are unreliable narrators whose conflicting political ideologies prevent them from giving objective accounts of the proceedings.

Yet, in this tale of a self-designated genius tracking a real one, we see both the limits of Neruda’s irony (in underestimating the gravity of his situation) and the necessity of employing differing perspectives in making sense of history. A brief mention of Pinochet running concentration camps in the desert gives a sober edge to the film’s otherwise comedic structure, and several similar moments of dread undercut the story’s otherwise pervasive irony. Such mixing of the tragic and the comic, along with the discursive, polyphonic nature of the film’s narration, reflects Larraín’s view that a history as violent as Chile’s can only be truly understood as a terrifying farce.

The film feels like it could’ve been written by Roberto Bolaño, Chile’s most famous prose writer and Neruda’s successor in both his aesthetics and his politics, or Jorge Luis Borges, the continent’s first and greatest postmodern prosaist. It shares their fondness for detective stories and playfully manipulating history, sportively reworking Latin America’s tragic past as a means of coming to terms with decades of bloodshed and civil unrest.

Though lighter in tone than Larraín’s other films, Neruda shares their goal of bringing Chile’s fascist history into the light so that the nation can continue the process of grieving that might one day put the country’s demons to rest. As political, romantic, and mischievous as it subject, Neruda is a film that the poet himself would have enjoyed. It’s a seriocomic masterpiece that manages to memorialize the poet’s noble struggle against tyranny while satirizing his unswerving sense of self-importance. By treating his larger-than-life subject with a certain amount of healthy skepticism, Larraín has captured Neruda in all of his pomposity, pretense, courage, and undeniable genius.