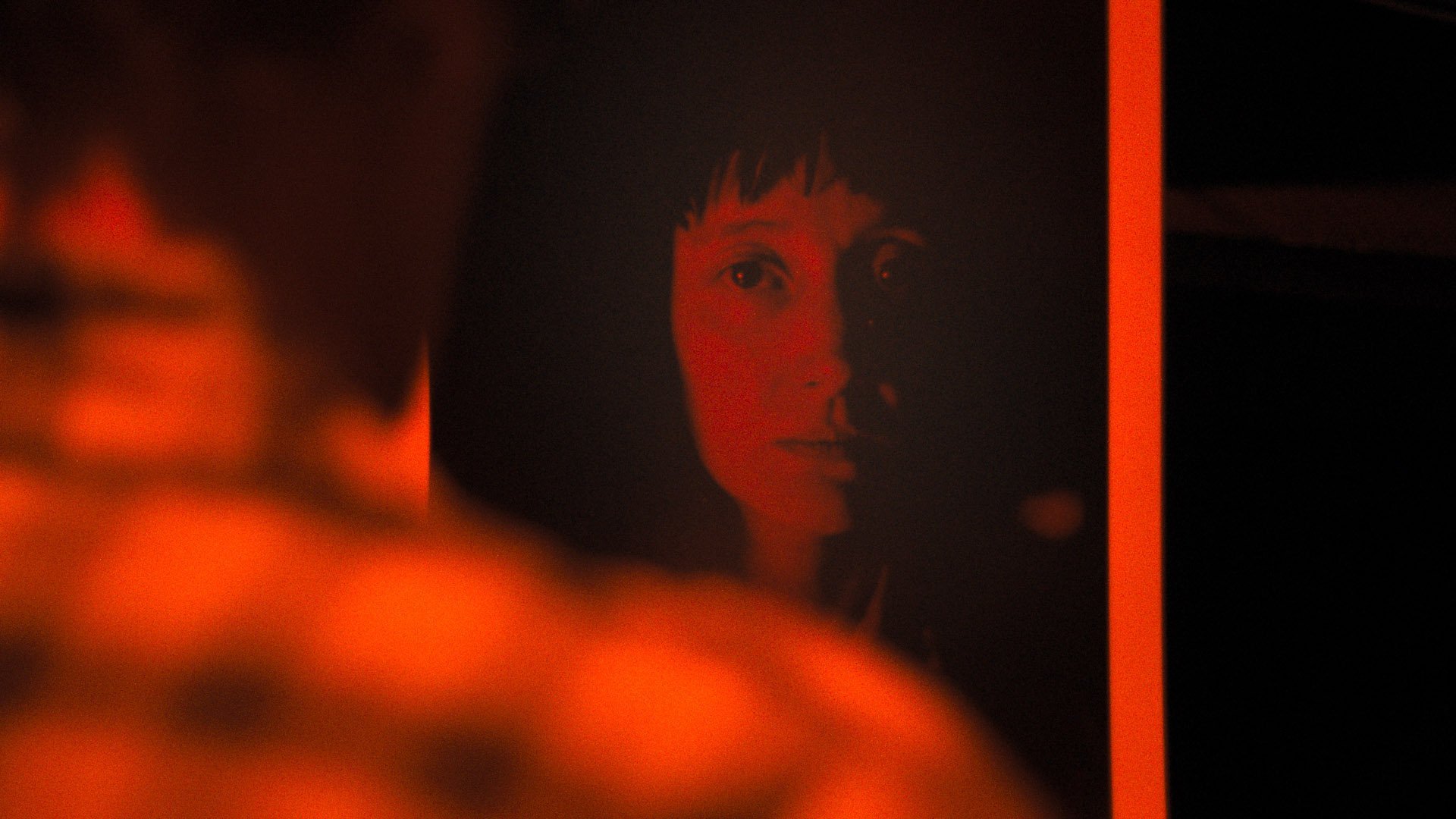 The small house at the center of writer-director Christina Choe’s feature-length debut, Nancy, is cramped and disheveled. It’s occupied by Betty (Ann Dowd), whose arm twitches from Parkinson’s disease, and who endlessly pesters her daughter, Nancy (Andrea Riseborough), reading the young woman’s mail, which is kept in an overflowing basket that embodies the discomfort of their lives. Nancy is forever glued to her computer and cellphone, understandably searching for any escape from this existence, while her mother’s face, twisted in gnarls of disappointment, pain, and resentment, is transfixed by the shrill programs that play on an ancient television set.

These stifling details are par for the course of American indie miserablism. When Betty covers herself up with a blanket, of course it’s ratty and hideously colored. When Nancy cooks Betty an egg, of course it’s so dry and unappealing that you can practically taste the tastelessness. When Nancy, an aspiring writer with no discernable point of view, temps at a dentistry office, of course it’s a rathole in a barren strip mall. The film evades every opportunity for offering even the casual, fleeting beauty that can be experienced by the deeply troubled. This is the land of lost souls and broken dreams, and Choe is terrified that you might somehow miss this unmissable information.

Nancy is another inadvertently condescending fantasy of how people who can’t afford to go to film festivals live, and there’s vanity in this boutique art-film brand of hopelessness, which derives from a fetishizing of “keeping it real.” Set in a wintry northeastern region of America, Nancy recalls Kent Jones’s Diane and Paul Schrader’s First Reformed and suffers mightily from the association. Jones and Schrader offer bitter brews that also allow for humor and poetry. For one thing, Jones and Schrader’s characters don’t speak in the self-pitying rasps that are typical of the protagonists of Nancy and other studiously bleak American indie films. Instead, they’re allowed to have opinions that attest to the filmmakers’ understanding that poor people in rural areas are capable of thought and artful expression.

In Nancy, Choe wears her lack of imagination as a badge of aesthetic honor, particularly stranding Riseborough in the process. Following the lead of her director, Riseborough defines Nancy with an incurious set of actor’s tricks. Riseborough’s eyes are seemingly always bugged-out, and she’s often fidgeting and chewing her fingernails and indulging in other bits of business meant to communicate Nancy’s alienation and social ineptitude. Not helping matters is the anti-triumph of make-up design that is Nancy’s hair, which resembles a trapezoidal wig out of the Tim Burton Institute for Melancholy Coifs. Nancy suggests a psycho in a stalker thriller that’s been leeched of thrills and replaced with vague “class commentary.”

The film’s interminable first act—shot in a box ratio so that the audience feels that much more constricted—does eventually threaten to lead us into resonant territory. Nancy becomes convinced that Betty kidnapped her when she was a child, and that her real parents are Ellen (J. Smith-Cameron) and Leo (Steve Buscemi), a prosperous couple still mourning the disappearance of their child 30 years earlier. Ellen and Leo agree to meet Nancy at their home, and the contrast between Nancy’s real life with Betty and her potential life with these nurturing intellectuals is theoretically poignant. The aspect ratio expands to emphasize the roominess of Ellen and Leo’s home, a paradise of an erudite liberal lifestyle. Art lines the warm rooms, and a sumptuous Thanksgiving-style dinner welcomes Nancy upon her arrival. We’ve been whisked away from a horror film into a physicalizing of a cover of Better Homes and Gardens, and your relief will be more palpable than Nancy’s.

But this game of classist compare and contrast doesn’t yield intellectual or emotional fruit. Choe appears to believe that the juxtaposition between the settings inherently proves her point about the inequality gripping American life, which it reductively does, but such an observation doesn’t inherently provide drama. Choe and Riseborough refuse to imagine how this miraculous entrance into another life might affect Nancy internally, as she remains a cipher. Choe doesn’t build any suspense around the question of Nancy’s parentage; we assume from the start that this is a hopeful delusion and await the inevitable, fashionable non-ending. Choe takes her central conceit and fills it with a pointed and insipid nothingness, as Nancy impassively mopes in a rarefied setting and leaves after an arbitrary amount of time has elapsed.

Smith-Cameron and Buscemi transcend Nancy’s gimmicky austerity, their heartrending naturalism serving as an oasis from Dowd and Riseborough’s caricatures. We feel protective of Ellen and Leo, praying that Nancy isn’t their daughter, which is to say that Choe puts us in the weird position of hoping that Nancy returns to her pat little hell so that we may be rid of her. Perhaps Nancy is mining uncomfortably truthful class terrain after all.

Review: Won’t You Be My Neighbor?