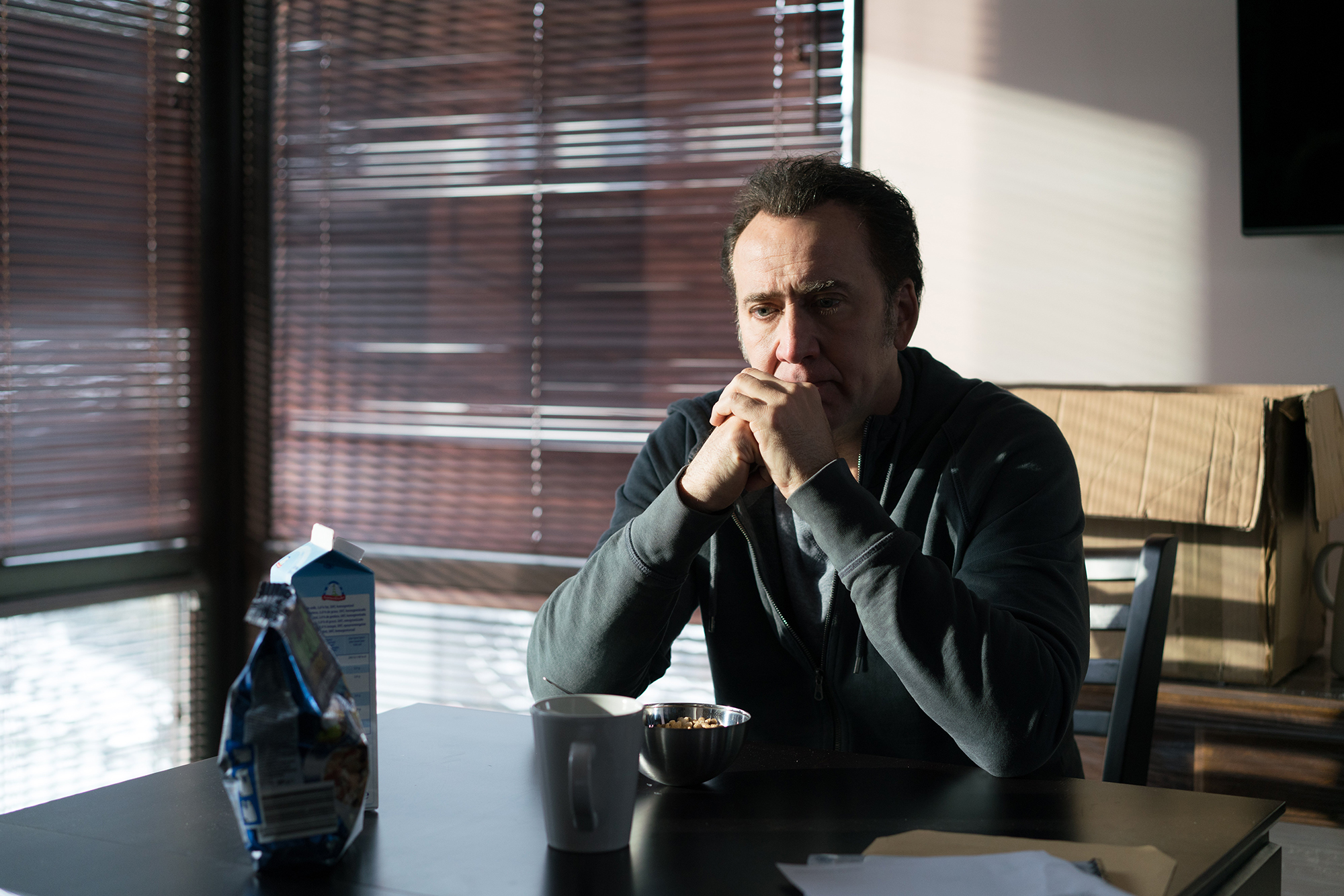 People probably continue to go see Nicolas Cage’s mostly embarrassing stream of action thrillers for one of several reasons: to ironically revel in their histrionics, to catch glimmers of Cage’s improvisatory brilliance, or to discover the stray film that’s actually an inspired work of lunacy, a la Ghost Rider: Spirit of Vengeance, Dog Eat Dog, and Mom and Dad. A cheesy and tepid mixture of combat film, heist procedural, and coming-of-age buddy story, 211 rewards none of these motivations, relegating Cage to a supporting player and crowding him with considerably less charismatic performers.

In 211, director York Shackleton squanders not only Cage but a premise that could pack a ferocious political punch. In the film’s opening scene, a group of American soldiers, accustomed to executing the sort of backchannel killing that’s omitted from government records, murder a smug war profiteer for stiffing them a payment. They track the profiteer’s money to a bank in Everytown, U.S.A. and blow up a neighboring restaurant as a distraction while taking the bank’s employees hostage. The local police get wind of what’s going on and a firefight ensues that pointedly resembles global warfare, as the militarized police have weaponry similar to that of their enemies, with much less in the way of knowledge of how to handle themselves.

Shackleton takes a scenario that’s inherently critical of our country’s obsession with corporatized war and clutters it with an incongruous subplot in which people of color learn that cops aren’t all racist, paranoid fascists. It’s as if he’s afraid of the antiauthoritarian implications of his narrative and is covering his bases with unearned affirmation and genre-film stereotypes.

Mike Chandler (Cage), the obligatory officer on the verge of retirement, misses the days before cameras arrived to ostensibly restrict the nature of his law enforcement tactics. He’s partnered with Steve MacAvoy (Dwayne Cameron), a young policeman with an adoring wife who is, of course, expecting their first child. Riding along with Chandler and MacAvoy one fateful day is Kenny (Michael Rainey Jr.), an African-American teenager who’s punished by his school for defending himself against bullies. Totally immaterial to the heist narrative, this thread recalls and implicitly resolves contemporary stories of police brutality, as Mike, Steve, and Kenny transcend their social tensions to become friends after facing the vicious bank robbers together—a development that softens the anarchic implications of the carnage surrounding them.

A heist and an insensitive civics lesson are but two of Shackleton’s derivative and haphazardly mixed ingredients. The film’s seemingly endless exposition is so artlessly delivered by the actors as to suggest a deliberate alienation effect in the key of a David Lynch film, while the action sequences are notable only for the fetishistic glee that Shackleton takes in the slaughter of innocents by mercenaries. Imagine a blend of Paul Haggis’s Crash and Ridley Scott’s Black Hawk Down and you’re close to evoking 211’s patchwork garishness.