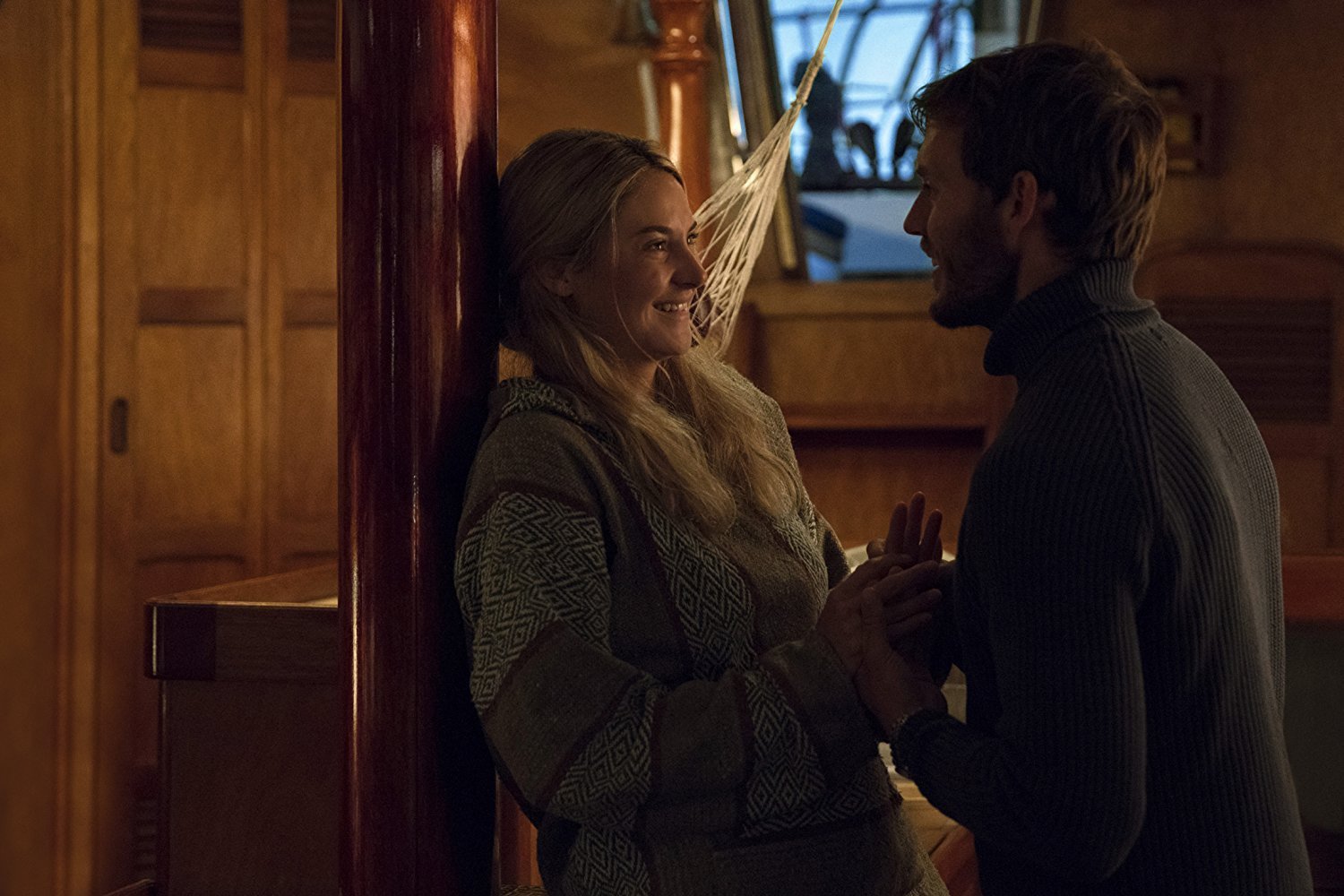 Director Baltasar Kormákur’s Adrift is a simple, acutely observed love story that also happens to be a rousingly stripped-down tale of survival. Loosely based on the true story of Tami Oldham (Shailene Woodley) and Richard Sharp (Sam Claflin), who in 1983 set off from Tahiti to deliver a yacht to San Diego only to sail directly into a ferocious hurricane, this lithe and affecting melodrama ping-pongs between the couple’s picture-perfect Polynesian courtship and their grueling ordeal drifting on the open ocean.

Tami and Richard are almost too perfect for each other: She’s a California-bred free spirit who’s been hopping from one beachy paradise to the next since she graduated high school, while he’s a dashing Brit who’s sailed the world over in a boat he built with his own hands. If Tami and Richard’s romance seems too good to be true, Woodley and Claflin manage to bring them down to earth with gentle nuances—shades of uncertainty, self-effacement, even melancholy—that evoke the sense that these two individuals didn’t even know they were looking for love until they found each other.

Adrift’s bifurcated narrative structure also provides a friction that keeps the couple’s romance from becoming too sickly sweet: For every envy-inducing moment of island splendor—such as Tami and Richard jumping off a ridge into a crystal-clear lagoon—there’s an opposing image of the couple looking gaunt and frail as they struggle to find land before starving to death.

After disastrous encounter with the hurricane, Richard spends the rest of the film bruised and broken, convalescing in the back of the yacht. That means that the responsibilities of keeping them alive falls on Tami, a relative sailing neophyte, who singlehandedly repairs their vessel, pumps gallons of water out of the cabin, navigates with a sextant, and scrounges up sustenance—forgoing her own vegetarianism to do a little underwater spearfishing. These survival sequences bring to mind J.C. Chandor’s similarly themed All Is Lost, but with that film’s blank-faced austerity replaced by Kormákur’s wide-eyed inquisitiveness about how people adapt to extreme situations.

Even as the film reaches the CGI-heavy spectacle of its climax, during which the hurricane that ravaged Tami and Richard’s yacht is finally glimpsed, Kormákur never forgets that Adrift is a fundamentally small-scale human drama. He shoots the storm from the perspective of the couple as they cower behind a sail—to keep the focus on them rather than on the ferocity of Mother Nature, but also to mask the film’s patchy special effects.

For Kormákur, the depiction of the storm is less about providing an awe-inducing action extravaganza than in delivering a key piece of information that shifts our perception of what’s come before. It’s a reveal that, in another director’s hands, might have seemed like a cheap narrative ploy, but thanks to Kormákur’s delicate handling of the film’s central relationship, the twist deepens and expands Adrift, suggesting that, for Tami and Richard, love isn’t just a feeling, but rather a force greater than nature itself.