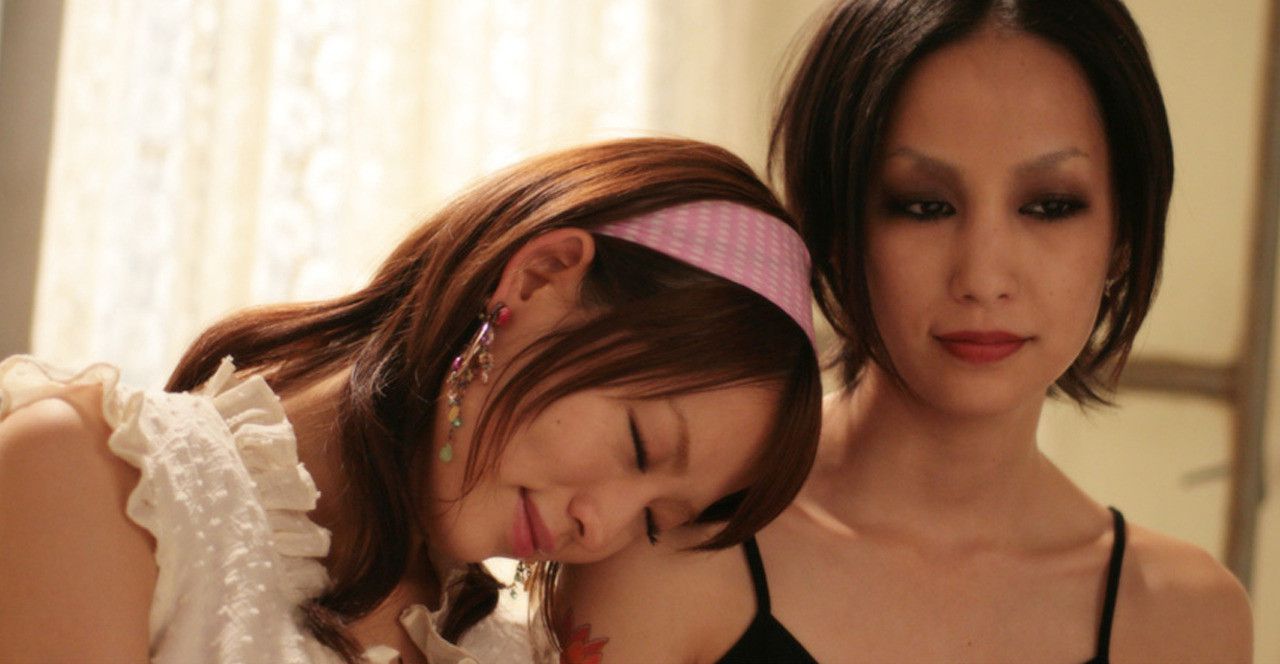 Nana Komatsu and Nana Osaki—Aoi Miyazaki and Mika Nakashima, respectively, and hereafter referred to as Nana 1 and Nana 2—may share the same name, gender, place of residence, and year of birth, but their remaining qualities are in such opposition that they suggest a J-pop version of The Fox and the Hound. Adapted from the popular manga series of the same name, the film’s startlingly naturalistic tone evokes a time capsule taken from a larger, preexisting and ongoing, whole. Nana 1, sick for attention and dressing like the human equivalent of Hello Kitty, has left her upper-class family to follow her boyfriend to Tokyo in hopes of achieving true love; Nana 2 plays in an indie-punk band and internalizes her emotions and past, communicating little behind her gothic wardrobe. In giving these polarities their own coincidental meet cute, Nana at first hints at the indulgent whims of something like Amélie, though such bubbly textures only somewhat define the endearing and heartfelt mess to follow. Forgoing nearly all expected forms of narrative setup/payoff structure, the film journeys fluidly down all logical paths, often switching gears or stopping completely when relationships and emotions formerly in motion have halted or ceased to exist altogether; both girls wrestle with the pangs of love, and while Nana 1 must learn to redefine herself as an adult in a new environment, Nana 2 ultimately has more to say than she lets on. Originality is not among the film’s storytelling virtues, but its lens of viewing suggests a cleansing of ones empathetic palate. Aside from expressing a profound understanding of how life experiences influence not only one’s personality but how those experiences inform interactions with others, Nana’s plot intrigues because each element suggests more than is shown outright, no small thanks to the endearingly nuanced performances on the part of its young cast. In the end, the film is most impressive as that rare crowd-pleaser with a genuinely artistic touch.

Idiot Savant Japan: No Country for Any Otaku