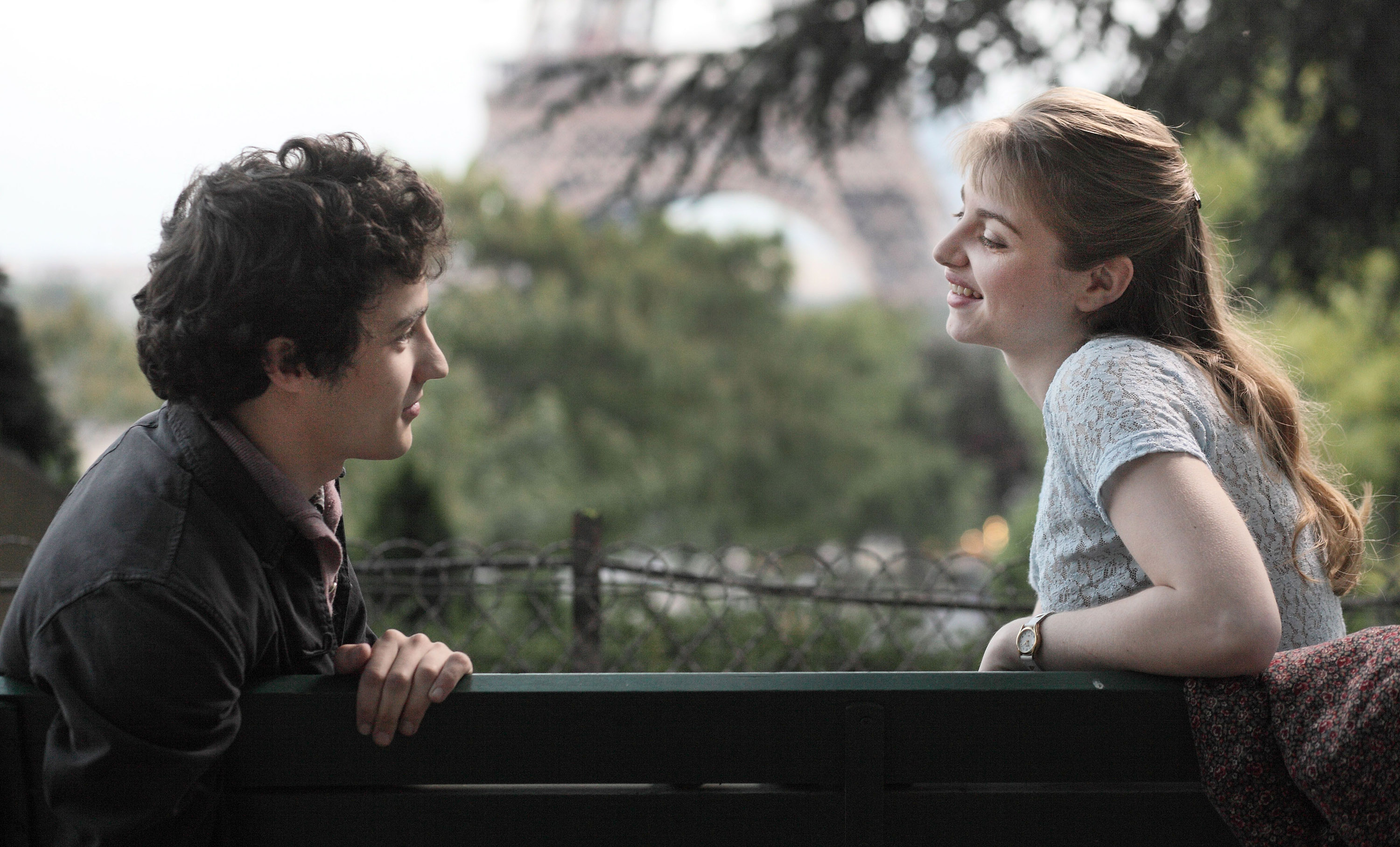 Arnaud Desplechin tries his hand at a coming-of-age tale with My Golden Days, and does so with equal doses of mature reflection and youthful impetuosity. It’s the latter quality that many may immediately associate with the filmmaker, who’s often infused his work with an anarchic sense of play that could be simultaneously thrilling and exhausting. But his last film, the period drama Jimmy P., displayed Desplechin’s more becalmed side—apt for a story that was all about patiently wading into a person’s deep psychological waters. This side once again comes to the fore in My Golden Days, as he revives anthropologist Paul Dedalus (Mathieu Amalric), the protagonist of his 1996 film My Sex Life…Or How I Got Into an Argument, and has the character, now much older, reflect on his tempestuous past as he plans a return to Paris after many years abroad throwing himself into his studies.

Not that Desplechin’s playfulness has completely evaporated. Every so often, the filmmaker introduces a new sequence by glimpsing Paul through an iris lens; at one point, he indulges in split-screen images during a hang-out session between Paul and some of his friends and siblings; and the characters, especially in the film’s second half, break the fourth wall and directly address the camera while reading letters aloud. Not all of these attention-grabbing meta-cinematic devices seem to have an immediately graspable point: As ever with Desplechin, who brought his impulsive aesthetic to some kind of nut-ball zenith in his overstuffed 2008 dysfunctional-family saga A Christmas Tale, there are moments when he seems arguably more interested in amusing himself than with the story he’s telling on screen.

But Desplechin modulates even some of his more attention-grabbing formal gambits to suit these particular characters and situations. One notes, for instance, the choppiness with which My Golden Days speeds through Paul’s troubled childhood in its first chapter, with even the suicide of his mother hardly dwelled on—though considering how little Paul (played as a teenager and young adult by Quentin Dolmaire) cared for his mother, it seems appropriate that he might prefer to gloss over these recollections. (We don’t even learn it’s a suicide until he says so much later in the film.) Then the second chapter, titled “Russia,” exudes the feel of a spy thriller, and largely because it chronicles an incident during Paul’s high school years in which, during a class trip to Minsk, he helped a good friend, Mark (Elyot Milshtein), smuggle money and passports to Russian Jews.

The third chapter is named after Esther (Lou Roy-Lecollinet), with whom Paul, now in college, begins an emotionally complex long-running love affair. (Esther, incidentally, is also a resurrection of a character from My Sex Life…, and with whom Paul carried on an on-and-off relationship for 10 years.) Considering how much this relationship haunts Paul, it’s natural that this constitutes the film’s longest section. It’s also its most romantic, with the stirrings of first love, and the subsequent difficulties, chronicled with tender sensitivity. Another poignant layer is introduced through the use of voiceover—of Paul occasionally offering context in the third person, as if trying to impose a reflective distance as he revisits this important time in his life.

All of this leads up to an epilogue that, through an encounter with an old friend that soon turns sour, exposes just how painful a wound Esther remains for Paul even now. Perhaps My Golden Days’s most noteworthy achievements lie not only in its visceral evocation of the highs and lows of adolescence and early adulthood, but also in the haunted sense of loss and regret that Desplechin leaves hanging in the air after its final, achingly nostalgic frame.