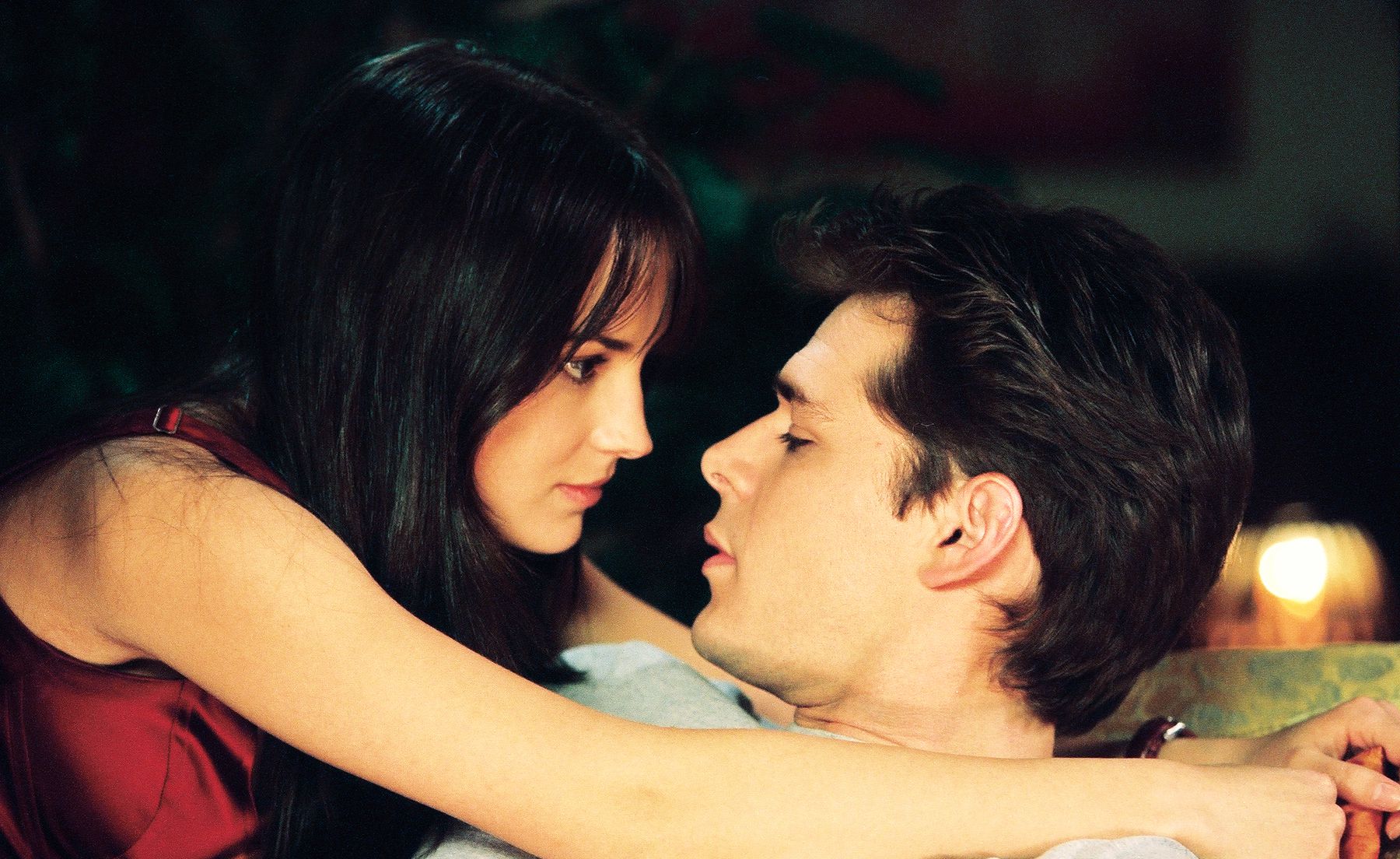 The narrative impetus of My First Wedding is stupidity, as Laurent Firode’s romantic comedy only manages to progress from plot point A to B thanks to the witlessness of its unbelievably naïve protagonists. Such a shortcoming naturally necessitates that, in the spirit of brainless “fun,” viewers also ignore the film’s consistent implausibilities, but there’s almost nothing to enjoy about this cutie-pie trifle concerning the antics of a bride-to-be (Rachael Leigh Cook) and the ladies’ man (Kenny Doughty) who ingratiates himself into her life by posing as a priest. Mistaken for a man of the cloth while doing construction on a confessional booth, Nick (Doughty) shifts his attention from drilling wood to drilling Vanessa (Cook) after she confidentially admits to being sex-crazed on the eve of her wedding to devout Catholic Andre (Paul Hopkins). Before you can say “mistaken identity,” Nick has so successfully convinced Vanessa that he’s a hip, understanding clergyman that she’s agreeing to meet him for after-hours sessions, inviting him to participate in her rehearsal dinner, and drunkenly visiting his apartment after her bachelorette party. As he’s a smug twit and she’s an oblivious imbecile, their supposedly wacky courtship is severely unpleasant, Nick’s pitifully sly behavior all but broadcasting his true, non-religious character and Vanessa’s every reaction predicated on her absolute cluelessness. The familiar matrimonial proceedings (including a climactic race to the altar) aren’t aided by Firode’s (Happenstance) decision to shoot his first English-language feature like an ABC Family movie, nor by the fact that Joan Carr-Wiggin’s inconsistent script professes to be about the unhealthiness of lying and yet allows its lothario to suffer no consequences for his deceitfulness. But it’s the demand for an ungodly suspension of disbelief that ultimately undoes My First Wedding, from its contrived scenes of pre-ceremony charades and phony demonic possession—complete with Andre telling a Satanically babbling Nick, “I don’t speak Spanish”—to its idea that Nick could get any play after being seen wearing a “Let’s Get Jiggy” T-shirt.

Going Through Splat (Or Not) with Stewart Stern