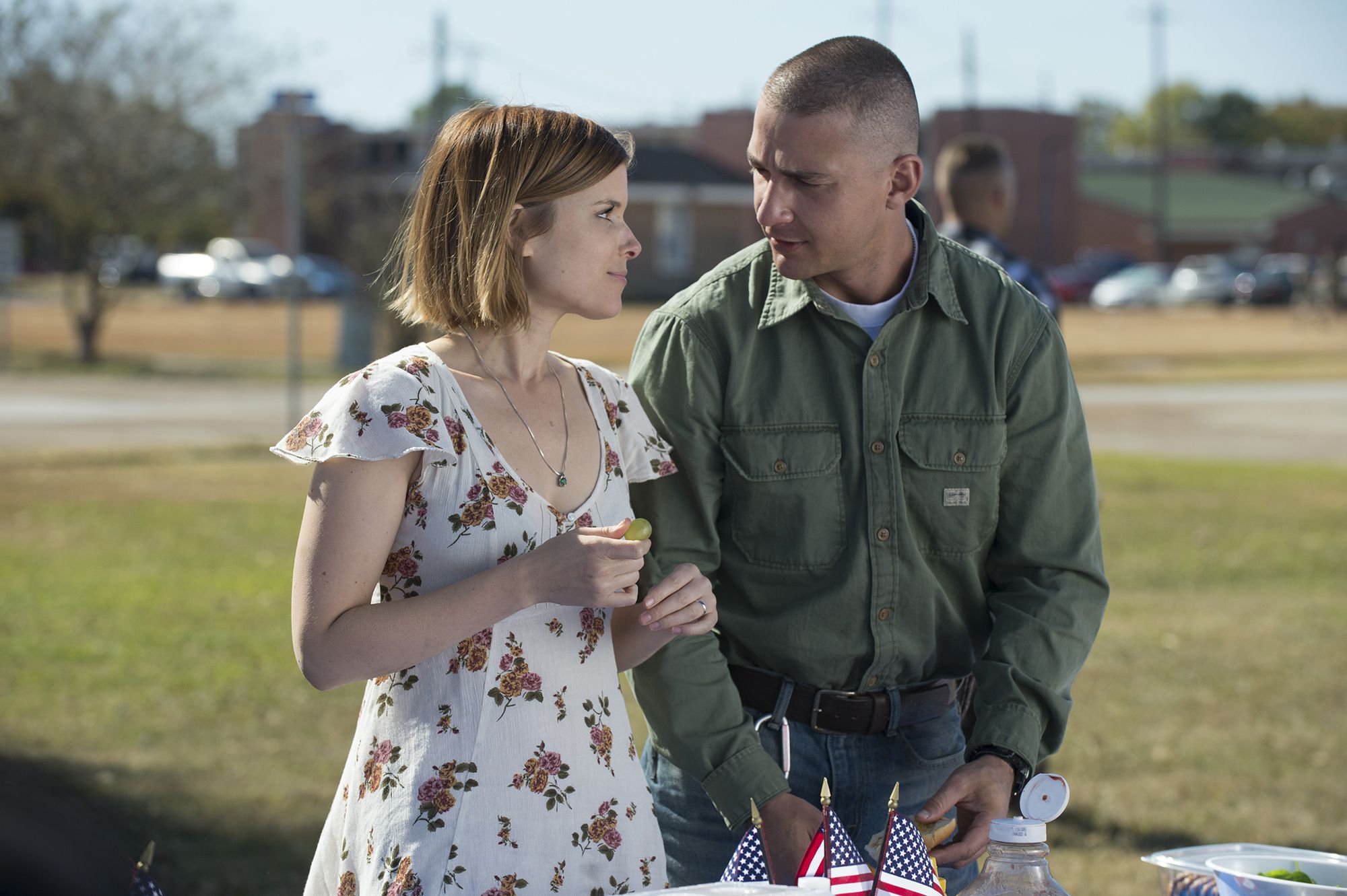 If, for some reason, you’ve ever yearned for the emotional dimensions of a war vet’s PTSD to be reduced to A Beautiful Mind-style twist, look no further than Dito Montiel’s Man Down. Gabriel Drummer (Shia LaBeouf) is a U.S. Marine who’s haunted by the atrocities he committed in Afghanistan, and whose angst is ultimately cheapened by a well-intentioned but tasteless gimmick. Even worse is that Montiel barely commits to this narrative trickery: Most viewers will be able to guess within the film’s first 15 minutes that all those scenes that appear to take place in a post-apocalyptic United States—in which Drummer and his best friend, Devin Roberts (Jai Courtney), try to find and rescue both Drummer’s wife, Natalie (Kate Mara), and son, Johnathan (Charlie Shotwell)—aren’t real, because everything about the environment is rendered in a manner too blatantly artificial for it to be anything other than a character’s mental projections. This only makes the “gotcha” unveiling of that supposedly mind-blowing revelation about 20 minutes toward the end even more irritating in the filmmakers’ apparent cluelessness.

The film has problems even before that offensive climax. Montiel’s multi-stranded narrative adds a superficial sense of complexity to the proceedings as it cuts between the aforementioned futuristic scenario, Drummer’s interrogation with Counselor Peyton (Gary Oldman), and Drummer’s own flashbacks to life before and during his tour of duty. But Man Down’s basic story remains an overly familiar one: that of an idealistic young American who feels a patriotic duty to go to war to protect his country, but whose experience in combat leaves him disillusioned and, worse, mentally addled. Not even Montiel’s acute feel for the rhythms of everyday working-class American life—with some of the flashback scenes exuding the kind of lived-in intimacy that marked the best parts of his debut feature, A Guide to Recognizing Your Saints—is enough to transcend the film’s litany of clichés. This makes the story’s narrative twist even more unfortunate, effectively squandering whatever goodwill one might have been willing to grant the film beforehand.

All of this is a shame, because Montiel’s silly plot machinations waste a solid performance from LaBeouf. For once, his boyish looks serve his character well, helping the actor physically embody the idealism of a man that’s about to get fractured. If LaBeouf’s turn in American Honey showed the kind of romantic movie-star magnetism he could summon up on a dime, in Man Down he mostly impresses with the sheer intensity with which he physically and emotionally commits, and without vanity, to inhabiting Drummer’s increasingly cracked mental state. In a better film, this could have been a breakthrough on a par with Tom Cruise’s performance in Oliver Stone’s Born on the Fourth of July, another chronicle of an idealistic all-American soldier who gets a bitter taste of the harsh realities of war. Sadly, Montiel fails his lead actor, trashing Drummer’s anguish by turning it into a parlor trick, thus denying him the humanity LaBeouf so valiantly tries to convey.

Review: Best and Most Beautiful Things