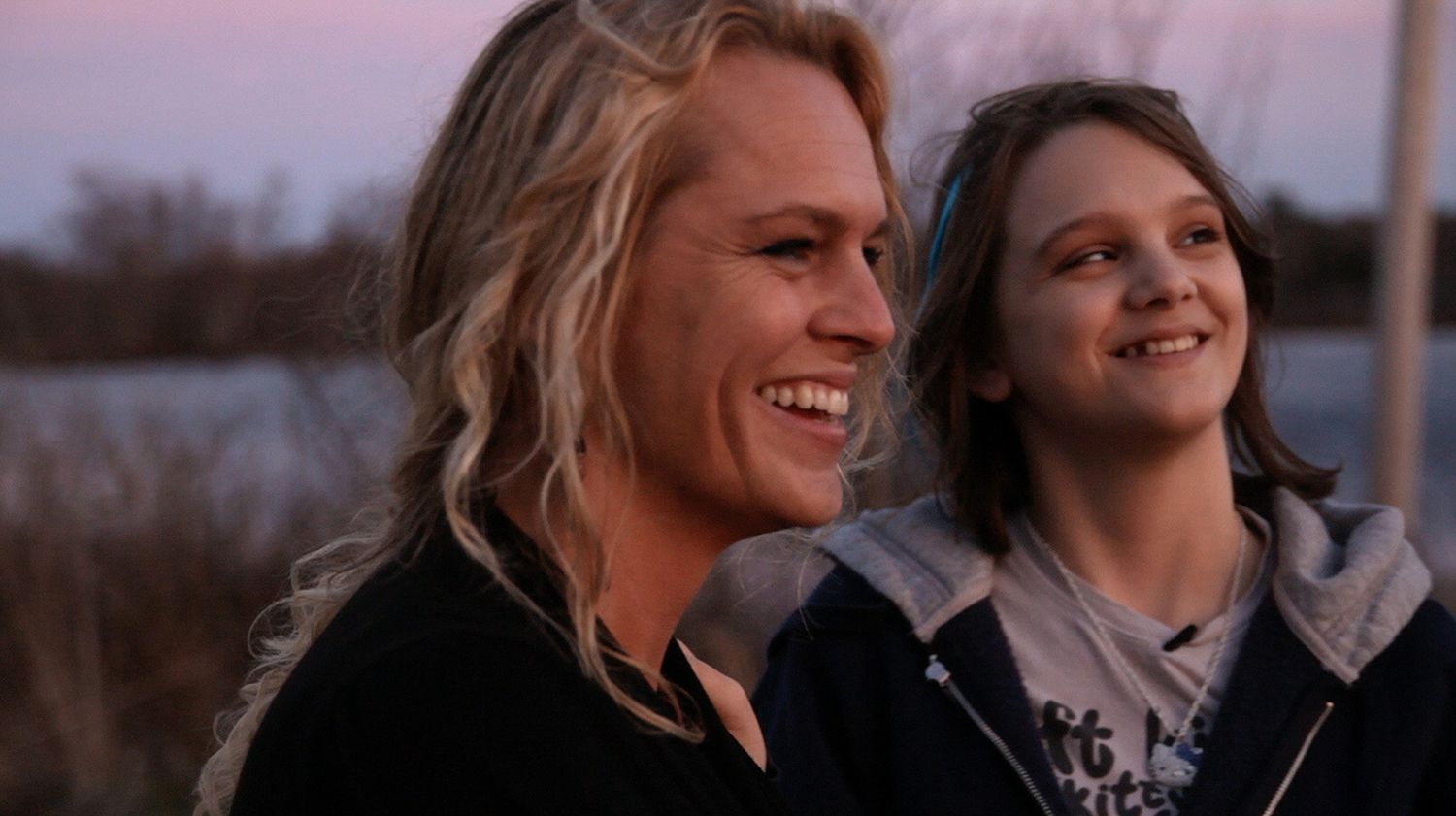 Early into Best and Most Beautiful Things, Michelle Smith announces, while standing in her bedroom, “This is my life.” By that, she means not just the dozens of dolls and playthings lining her walls, but also herself. Michelle is 20 years old, legally blind, and has Asperger’s syndrome. She’s recently graduated from the Perkins School for the Blind outside of Boston and, like most anyone entering their 20s, is figuring out her next steps, from employment to relationships, which director Garrett Zevgetis foregrounds with a cinema-vérité approach that mostly keeps Michelle in front of the camera and talking about her tribulations. There’s one glaring exception when Michelle misplaces her backpack and frantically searches her bedroom for its whereabouts. Distraught, she turns to the camera and asks: “Why are you guys still filming me?” The viewer might ask another question of the filmmakers: “Why have you guys included this aside in the film?”

The moment lingers on, amid prepackaged passages that generally unfold through testy confrontations between Michelle and her family, as the sole point where Best and Most Beautiful Things acknowledges the filmmakers’ presence. For a film about combatting ableist perceptions of social capability, few scenes find the means to assert those matters as they pertain to both Michelle and the film itself. Rather, Zevgetis disarms much of Michelle’s energy, eloquence, and aptitude for self-assertion by not complementing her vantage point with a canniness of presentation and detail to match.

This is a common problem for many contemporary documentaries dealing with disability. For example, Roger Ross Williams’s Life, Animated uses its autistic subject to mount a feature-length advertisement for the Disney corporation’s self-mythologizing disguised as promotion for the positive effects of affinity therapy. Though Zevgetis utilizes no corporate partner to legitimate Michelle’s social struggles, his film’s valorizing of “outcast” as a cultural source of pride remains only a nascent, and pandering, appeal to the viewer’s own sense of individuality. By suggesting that Michelle’s case is somehow universal, the film strays from revealing the specificity of her life in favor of broadening the spectrum toward a more general assessment of the difficulty of finding companionship and personal meaning.

Zevgetis has said that he didn’t realize “there would be kink involved when filming began” but subsequently decided it “would have been unethical not to include it.” The reluctant statement is evidence of the film’s determination to project a neutered vision of resilience and indicative of Zevgetis’s questionable interests in the documentary form, as if including discussions of sex were a matter of directorial integrity rather than a meaningful dimension of Michelle’s specific experiences living with disability.

Best and Most Beautiful Things ultimately seems configured around the same sort of tepid rhetoric that informs so many motivational speeches and inspirational memes. The film’s title is drawn from the Helen Keller quote “The best and most beautiful things in the world cannot be seen or even touched. They must be felt with the heart.” Zevgetis betrays the potentially affective implications of Keller’s sentiment by offering a film that fails to understand Michelle as anything more than a symbol for perseverance. That’s especially evident in a cringe-worthy montage of Michelle blowing out her birthday candles and smiling at her friends and family. The film mistakenly, and unfortunately, believes the avenue to proving Michelle’s humanity is through such banalizing gestures of quotidian significance, and not a headfirst immersion into, to riff on Keller’s point, her heartspace.