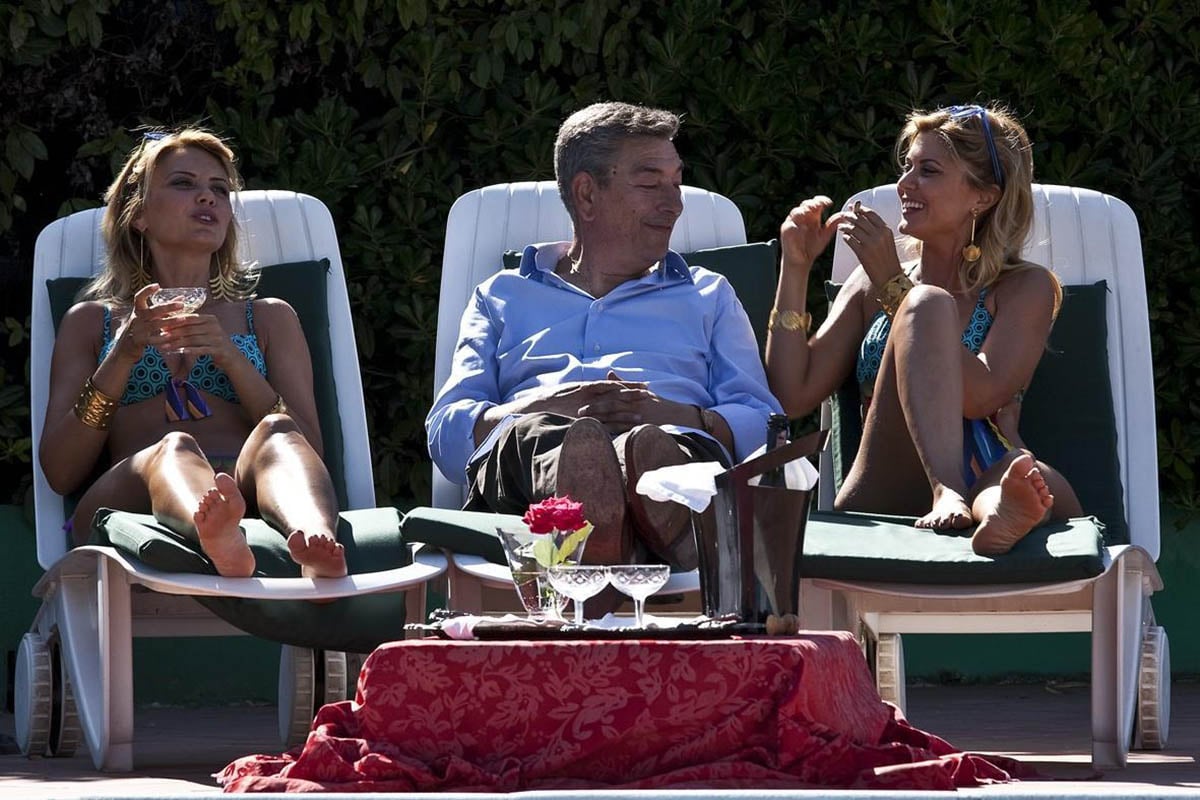 The weather has gotten better in Karlovy Vary. Sort of. One minute there’s a surging downpour accompanied by thunder and lightning, then daring sunshine, then gloom. I have a deep love for Midnight in Paris, and walking (wading) back to the hotel last night amid heavy rain with the streetlights dancing off the rain-slicked ground, I thought about its closing scene. Paris isn’t the only city to become mythic and enchanted in the rain.

Screening in the Out of the Past sidebar, 1981’s Eugene Among Us was Peter Nydrle’s thesis film for FAMU (the famed Film and TV School of the Academy of Performing Arts in Prague, which boasts an impressive rolodex of alumni, among them Věra Chytilová, Miloš Forman, Emir Kusturica, Jiří Menzel, Jan Němec, and Ivan Passer). It was banned from theaters (unless I missed some ideological nuances, God only know why) until the Velvet Revolution of 1989 toppled the communist regime. Shot in black and white, the film is in the tradition of a prevalent sub-genre among Czech New Wave films: ironic examination of the provinces/characters from small towns facing life in the big city (the apotheosis of which may be Forman’s Loves of a Blonde).

Eugene (Jan Kraus) comes to Prague to do “something” with his life, but it’s unclear to him and everyone else just what that something is. Arriving at a friend’s dilapidated flat, he spends the rest of the film floating from one chance meeting to the next. He ends up at a party filled with vapid bohemian artists who espouse trite theories about art and is mistaken for a poet. The idea of being a poet (more than the concept of poetry itself) appeals to him and he takes that on as a calling. Pretty soon, though, he’s decided to write song lyrics instead and, rather miraculously (for his good-natured blank face hasn’t revealed any particular aptitude for creative endeavors), hits it big writing folksy songs about construction workers and the proletariat. A patrolman he meets earlier in the film remarks that there are too many songs about the romances and broken hearts of teenagers. The lesson is two-fold: a clueless country bumpkin can make it big because the standards for art are scraping the barrel; and there’s a gapping societal necessity for songs that don’t just romanticize lost love, but the actuality of working-class life.

Gianni Di Gregorio’s sophomore effort, The Salt of Life, is a further unraveling of the threads first explored in his debut feature, Mid-August Lunch. Gianni (played by Di Gregorio) is retired, his primary job now consisting of being a perpetual caretaker to the friends and family around him. Di Gregorio started out as a screenwriter and the characters are lovingly drawn, from his humorously (innocently) manipulative and mother who’s pushing 100, to his daughter’s aimless live-in boyfriend. He has a knack for dialogue, but not for the image. There’s a heroin addict’s reliance on close-ups and a tendency to frame shots in such a way that his characters are awkwardly cut off from the greater context of their surroundings, making for some boring tableaus. That aside, it’s a carefully and warmly observed tale about the growing pains of aging—of losing one’s sexual appeal, of becoming an unnoticed appendage in the family unit. Everyone seems to take Gianni and his efforts for granted; he’s just a backdrop to the goings on of the life of his wife and daughter. A friend urges Gianni to find a mistress, but all his attempts at attracting the opposite sex are either rebuffed or go comically awry. He yearns for attention, for someone to take care of him for a change, for a woman to find him attractive and desirable. And while he’s free to dream, the film does not find a way of making these visions a reality.

Summer of ‘86: The Great Mouse Detective