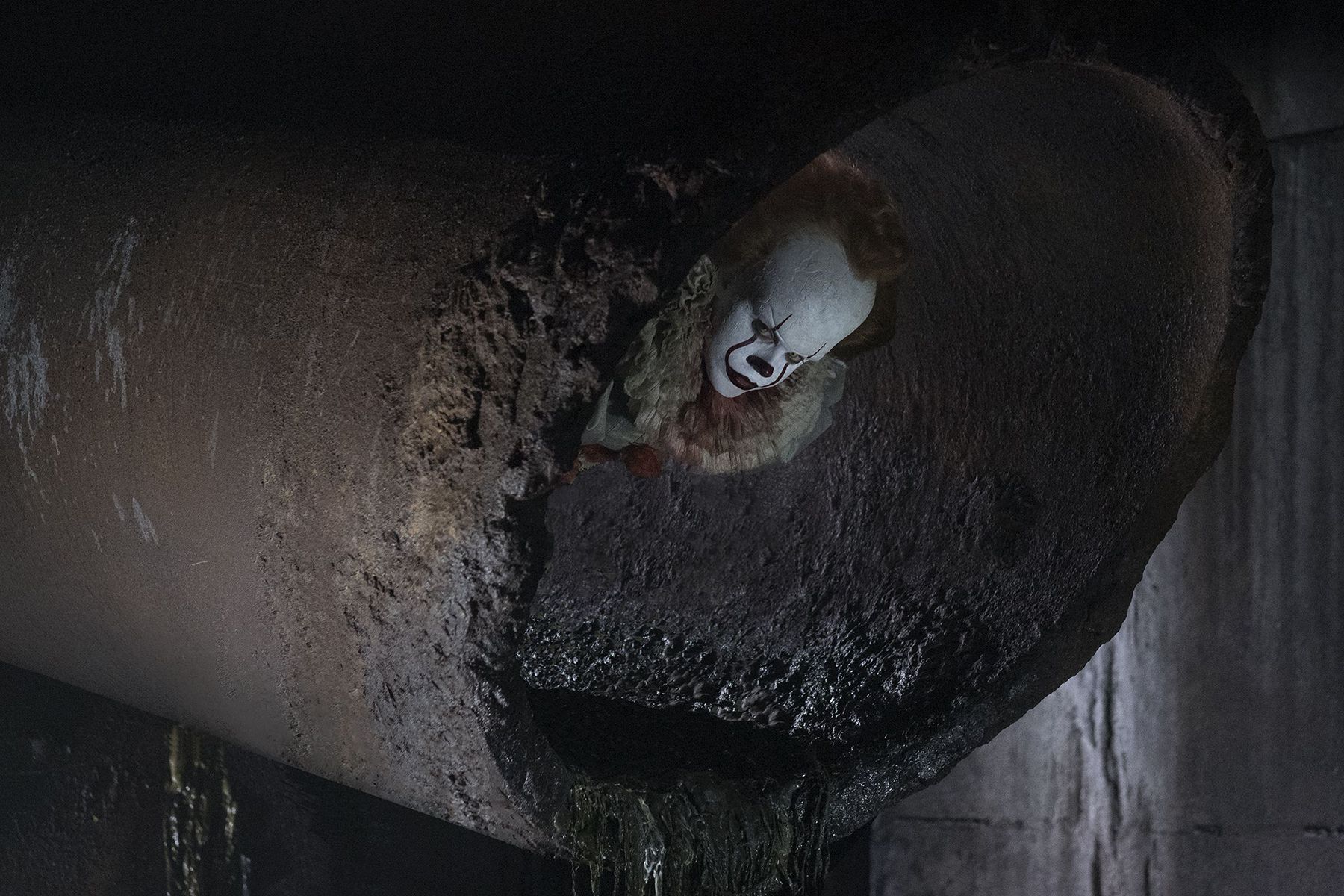 Length alone doesn’t explain the particularly mythological status that It claims within the body of Stephen King’s imperial phase novels. Yes, the 1986 novel’s sprawl across more than 1,100 pages feels like the grand curtain call for all things supernatural in King’s canon, before the author transitioned into a period where much of his best material (like Misery and Dolores Claiborne) stressed psychology and not spirits. He poured everything he had into the novel’s encyclopedic catalogue of horrors, but within the lunatic funhouse is a pin every single person who reads the book can hold onto.

It is a lament for the twinned melancholy of children losing their childhood and adults’ inability to get over that loss. King explored terror as viewed through both childrens’ and adults’ eyes before, but this novel afforded him the opportunity to show the scars of a single set of characters viewed through two different time periods. And this long-awaited film adaptation, for all its handsome scare-show professionalism, fails to capitalize on it.

King’s novel crosscuts between the 1950s and the ‘80s, as a group of seven childhood friends battle not only bullies—both among their peers and their parental figures—but also a demonic, child-murdering shape-shifter who primarily materializes in the form of Pennywise (Bill Skarsgård), a malevolent clown with razor-sharp teeth. The Maine hamlet of Derry has been through this before, because as the members of the so-called Losers’ Club discover, a spate of pitiless deaths seems to plague the town every three decades.

But as each successive generation has advanced to the next stage of life, no one has yet seemed to connect the pattern of grim reaping. At least not until King’s motley misfits, who have nothing better to do with what little spare time they may have remaining but take to the library stacks and try to figure out what the devil’s gone awry in their town, and why they all seem to be seeing physical manifestations of their greatest fears. (The cycle is updated here to feature the childhood Losers in the ‘80s, the better by which to capitalize on the lure of Stranger Things in the Creepypasta years.)

Crafted with worker-bee dispassion by Andy Muschietti (who took over the project from co-writer and original director Cary Fukunaga, and this before changing directors midstream became Hollywood’s newest craze), the film doesn’t skimp on serving up generous portions of three-ring-circus repulsion. From set piece to set piece, watching It feels akin to spending 135 minutes being led through an unnervingly well-mounted haunted mansion the weekend before Halloween, and if the box-office prognosticators are correct, then that’s really all anyone really wants from It in the first place. After all, grisly maximalism was one of the novel’s primary draws.

But who can remember most of the first-person scares that they suffered being menaced by high school theater-geek goths working out their negative energy on October weekends? And conversely, despite the naysaying that the 1990 ABC miniseries version of King’s novel has endured, who can forget Tim Curry’s iconic performance as Pennywise, even if they don’t remember the entire production’s undercurrent of lament reflected all the way down to Richard Bellis’s somber music score? Skarsgård’s interpretation of Pennywise, like the film itself, frontloads its creepiness, as though deliberately trying not to waste our time with nuance or spontaneity. When Curry popped his head up in the sewer before taking poor Georgie to his untimely death, his visage was first uncanny, then unnerving, and ultimately horrifying. By contrast, Skarsgård begins and ends as a cross-section of Johnny Depp and Helena Bonham Carter’s roles in Tim Burton’s Alice in Wonderland.

Nostalgia is possibly the most secretly punishing of the ways that the passage of time can wreak havoc. It’s the cruelness of the passage of time and the seductiveness of how we retain vestiges of the past that anchors King’s mayhem. In segregating the childhood chapters from their surroundings, the 2017 It flounders, adrift from anything other than in-the-moment alarm, all in service of—in a truly shameless “chapter one” title sprung on us before the final credits roll—inaugurating just what the cinematic world needs more of these days: another franchise. It cashes in on trendy retroism—the remedial, brash distant second cousin to nostalgia—instead of utilizing the perspective of, to borrow from Joni Mitchell, seeing clowns from both sides now.