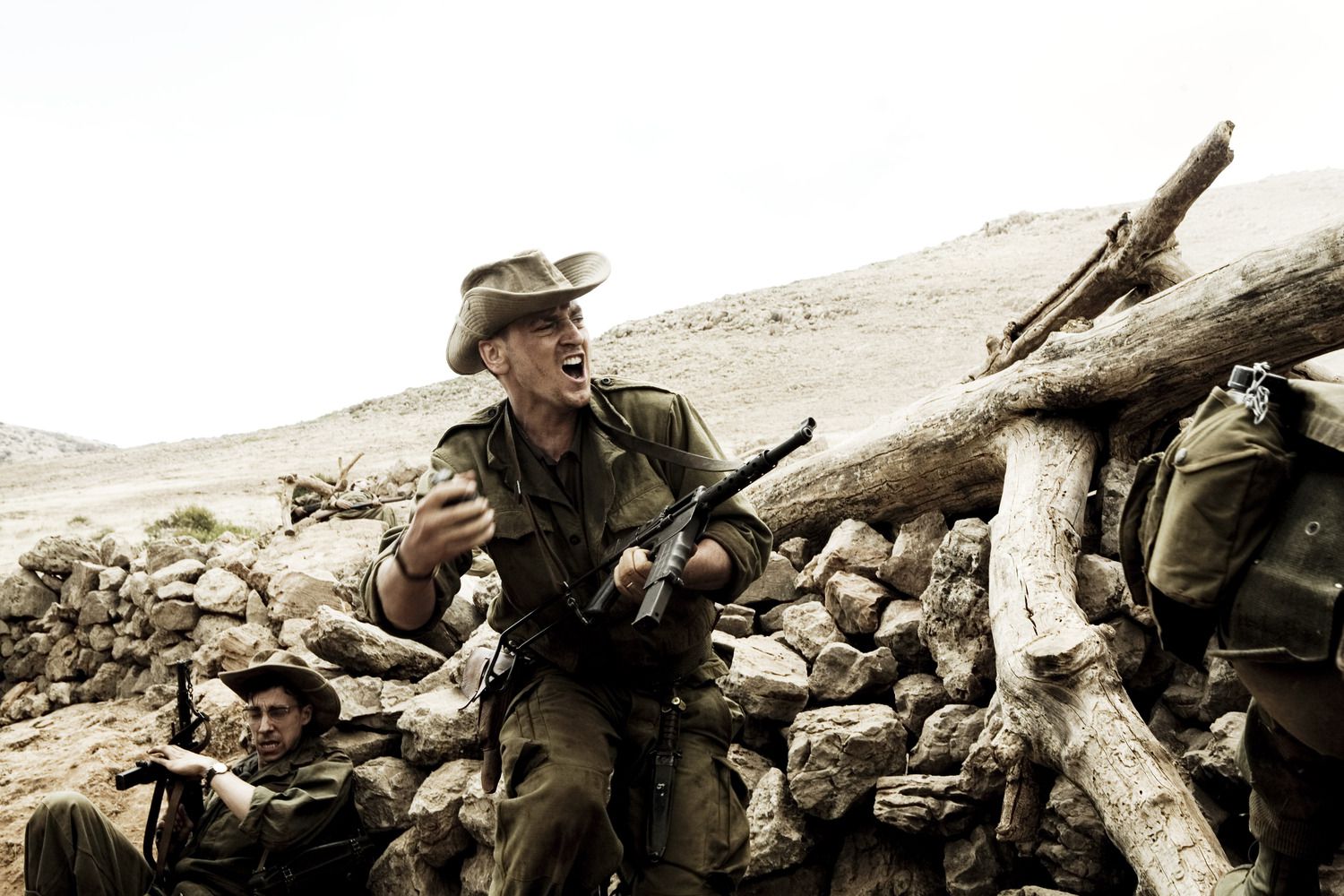 Inspired by Patrick Rotman’s nonfiction book but more fundamentally based on wartime and current events-related platitudes, Intimate Enemies dully critiques the international war on terror via the Algerian war. Florent Emilio Siri’s fictionalized story concerns the arrival in 1959 Algeria of French Lieutenant Terrien (Benoît Magimel), a noble do-gooder who rejects the ugly intimidation and violent torture practiced by his fellow soldiers. “You can’t fight barbarism with barbarism,” he tells a superior who has no qualms about electrocuting suspects to obtain valuable strategic intel, a moral viewpoint cautioned against by Terrien’s right-hand man, Sergeant Dougnac (Albert Dupontel) and challenged by the campaign’s viciousness. Pitted against Algeria’s National Liberation Front, whose unimpeachable villainy is established early on by their slaughter of a village’s population in order to dissuade further locales from collaborating with the French, Terrien and company regularly engage the enemy in firefights that Siri choreographs with confident aplomb. Visceral thrills, however, are wholly negated by the film’s persistent preachiness and all-around clunkiness, which manifests itself in Terrien’s surrogate adoption of a young Arab boy, the thinly sketched conflicted emotions and allegiances of Algerians enlisted in the French regiment, and repeated shots of Terrien scrunching his face up in disgusted torment and Dougnac working out his own guilt and grief by drunkenly playing the trumpet. With all the subtlety of napalm, Intimate Enemies wields its subject matter as a vehicle for on-the-nose contemporary commentary. Concluding that bathtub-electroshock interrogation techniques are wrong, and that death and desertion are preferable to the sadistic massacre of women and children (a malevolent order decreed by Terrien’s jaw line-bearded commander, whose dark round sunglasses make him a distant cousin of O Brother, Where Art Thou’s villainous cop), Intimate Enemies says so much that’s familiar if not downright clichéd, it winds up saying nothing at all.