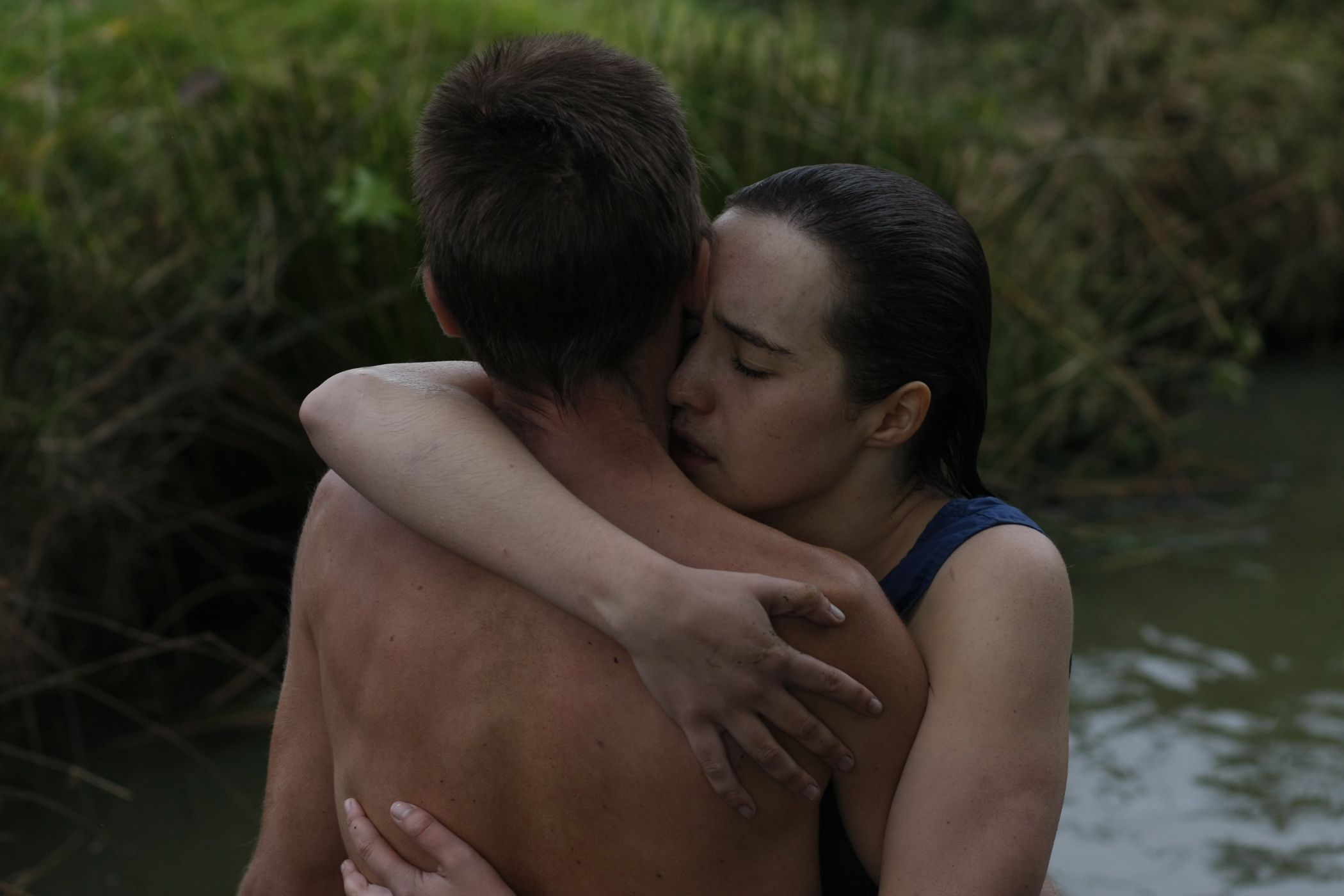 Bruno Dumont’s men-are-beasts modus operandi had, with Flanders, so calcified into formula that it’s a shock to discover him actually toying with and subverting expectations in Hadewijch. When aspiring nun Hadewijch (Julie Sokolowski) is expelled from the convent for excessive devotion (her fasting is decried as “confusing abstinence with martyrdom”) and soon finds herself back home in Paris engaged in conversations filled with statements like “People are sick bastards” and “The sweetest thing about love is its violence,” it’s impossible not to anticipate the type of defiling gang-rape and bloody violence that Dumont so enjoys inflicting upon his spiritually troubled subjects.

Yet instead of indulging in his favorite vices, the Twentynine Palms auteur-cum-provocateur embarks on a decidedly different route with his latest, which is distinguished from its predecessors not simply in content but in approach. Rather than forcing dim Neanderthals to brutishly screw and hurt each other as a means of demonstrating the animalism of humanity, Dumont here focuses his formally impeccable gaze on a fair, chaste female who suffers no physical harm, a shift that’s matched by his decision to avoid obliqueness in his Bressonian rumination on the possibility of spiritual grace. A more straightforward line of attack, though, doesn’t produce any further enlightenment, thanks to the French director’s persistent inability to plumb the depths of his protagonists—who, as before, remain at emotional and psychological arms-length—and his concurrent, deadening use of landscape panoramas to reflect characters’ interior conditions.

Cast out of the nunnery in order to reconnect with her spirituality via contact with the modern world, Hadewijch (named after a 13th-century mystic) returns to the palatial, gilded urban home of her technocrat father and miserable mother, whose wealth is clearly what the girl—now assuming her birth name of Céline—apparently wishes to rebel against. At a café, she meets a young Arab boy named Yassine (Yassine Salihine), who makes a move on her to no avail, learning in the process that Céline is so pious as to proclaim, openly and plaintively, that the only lover she seeks is Christ, and that His physical absence greatly pains her. Given his disappointment with this revelation, Yassine seems a prime Dumont candidate for sexual abuser. However, like the simpleton construction worker to whom the director randomly, repeatedly turns his gaze, he’s just a Dumont red herring, and rather than attacking Céline, Yassine introduces her to his brother Nassir (Karl Sarafidis), a backroom preacher who exploits the girl’s faith for his own Islamo-extremist aims.

Hadwijch’s close-ups of Sokolowski’s emotive face strive to impart her sense of longing and misery, and for a while, Dumont’s characterization—marked by a newfound penchant for camera movement and musical score—exhibits a degree of personal feeling heretofore foreign to his oeuvre. Yet no amount of upturned stares from Céline, her face momentarily bathed in radiant light before being cast back into anguished shadow, can overcome the director’s omniscient detachment from the proceedings, which—courtesy of ponderous silent stretches and look-at-me compositions that demand to be read as profoundly symbolic—assume a familiar, intellectualized chill. Similarly, whereas Céline’s initial search for God holds a tantalizing inscrutability, her eventual recruitment into Nassir’s extremist plans—and subsequent, jump cut-enabled emergence from the darkness of a subway tunnel into the light of the nunnery’s springtime-blossoming garden—relegates the proceedings to turgid political dissertation about the dangers of fundamentalism. A Mouchette-ish finale seeks transcendence, but this isn’t a story of transformation, just one of a fanatic whose fanaticism is temporarily co-opted by nefarious forces, and Hadewijch, for all its frank, empathetic attention to Céline’s spiritual crisis, ultimately seems just as calculated and mechanical a pose as Dumont’s previous efforts.