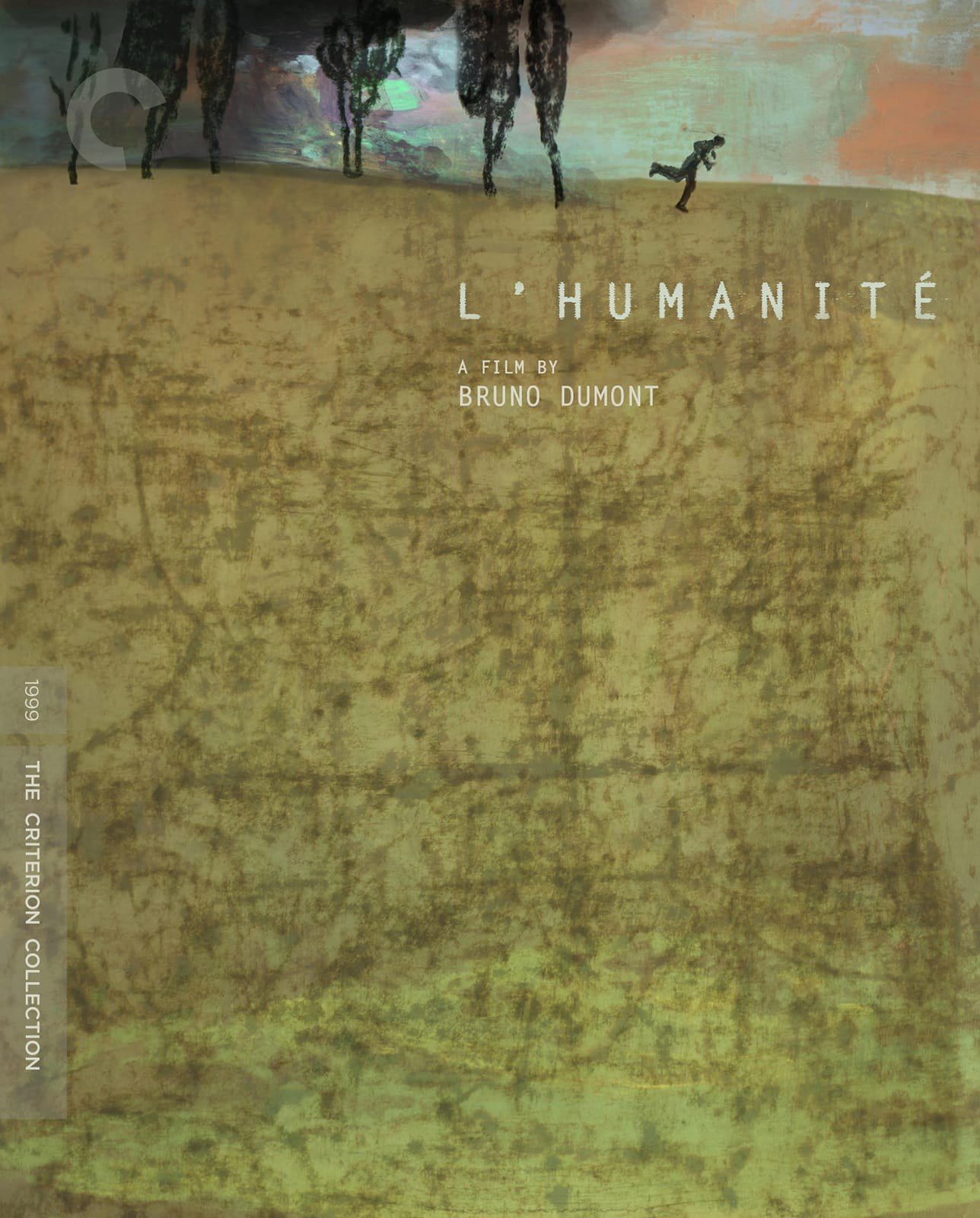 If Bruno Dumont’s La Vie de Jésus is something of a horror film about the failure of empathy, L’Humanité is its comedic B-side, taking an equally horrific scenario and examining it through the perspective of a bumbling police force. Yet as is typically the case with Dumont, his sense of comedy isn’t straightforward. When police inspector Pharaon De Winter (Emmanuel Schotté) rejoices after receiving a hug from his friend and secret crush, Domino (Séverine Caneele), the man sits in a chair rattling his fists up and down after she leaves the room—a spectacle that doesn’t suggest a moment of triumph so much as a fit. That this scene occurs not long after an 11-year-old girl is found raped and murdered in a nearby field demonstrates part of Dumont’s dissonant sensibilities. The oddity of Pharaon’s behavior coexists in a world with unfathomable brutality, something the film views less as a contradiction than a defining feature of human nature.

Dumont’s filmography is practically a study of faces, and that fixation is especially prominent here. The characters in L’Humanité wear blank or neutral expressions, and Dumont’s camera lingers on these visages as if waiting for people to remove their skins and reveal their true selves. It’s a visual choice that can be understood as a commentary on the characters’ alienation. Since Dumont works with non-professional actors with highly distinctive facial features, close-ups complement the viewer’s contemplation of these lonely souls rather than gauging a character’s reaction to someone or something in their immediate surroundings.

L’Humanité opens with a wide shot of Pharaon running across the Bailleul countryside, and as in La Vie de Jésus, the rural setting projects an image of innocence about to be upended by violence. Sex also factors into this film’s equation. Shortly after greeting Domino and her lover (Philippe Tullier), Pharaon walks in on the couple having intercourse on the floor, staring at them in expressionless silence. When Domino later reprimands him for “getting an eyeful,” it’s less out of anger than conviviality. While Dumont consistently awakens a Hitchcockian dimension within his work as it pertains to the pleasure of looking, ready-made psychological explanations for such behavior remain out of reach to both characters and viewers.

Like Pharaon, Domino also likes to watch. Indeed, one of L’Humanité’s indelible images is a recurring close-up of Domino casting her eyes onto something or someone within eyeshot. While at a beach, she’s introduced to a handsome male friend of Pharaon’s wearing Speedo trunks. As Domino’s eyes move toward the man’s groin, the camera catches him noticing her stare. Once Domino realizes he’s aware of her gaze, she averts her eyes. To what extent Domino is either aroused or absent-mindedly looking at the man remains ambiguous, but it’s nevertheless clear that L’Humanité makes a thematic drumbeat out of its characters’ preoccupation with staring. While this at times comes to feel redundant, Dumont’s refusal to give his characters reducible motivations is as mysterious as it is refreshing.

In one of the film’s most obtuse depictions of people staring, Pharaon becomes entranced by the large, reddened neck of his police commissioner (Chislain Ghesquère) while the pair drive across the countryside. Whatever Pharaon’s interest in the man’s body, the close-up reveals his skin as an abstract, nearly indiscernible image. In this instance, all we see, in effect, is blood covered by a thin layer of flesh. These grotesque implications reducing human beings to meat might recall the paintings of Francis Bacon, particularly 1936’s Abstraction from the Human Form. That Pharaon is a descendent of the 19th-century painter Pharaon De Winter—and even lends some of De Winter’s paintings for an exhibition to a nearby gallery halfway through the film—makes explicit the linkage between L’Humanité and artifice. Because Pharaon stares at these paintings with the same expression he offers to the world, we’re further made aware that we’re not merely, as viewers, gazing upon the lives of real people. Dumont reconciles each character’s personal desire through his own cultural and artistic means, something the natural world, in all its incomprehensible vastness, cannot afford them.

Criterion’s Blu-ray release of L’Humanité boasts a clean image abundant in striking details. Outdoor shots evince vibrant colors, with the smallest of nuances, such as the individual bricks of buildings, appearing well-detailed way back into the farthest reaches of the frame. While the DTS-HD surround track is a tad muted overall, the classical music at the start and close of the film is forcefully mixed, and dialogue is clear throughout.

As on Criterion’s La Vie de Jésus release, the extras here largely consist of interviews with Bruno Dumont from across the past 20 years. In the newest one, conducted this year by Criterion, Dumont discusses how the conclusion of his prior film inspired him to write L’Humanité. In fact, he had intended to have the same actor, Jean-Claude Lefebvre, who played a police inspector in La Vie de Jésus, reprise his role here, and when he declined, Dumont revised Pharaon De Winter around Emmanuel Schotté, who would go on to win best actor for his performance at the Cannes Film Festival. The second interview, conducted by film critic Philippe Rouyer in 2014, is a deeper dive into the film’s production history. Here, Dumont explains how he collaborates with his actors to significantly shape his characters’ behaviors, all the way down to the use of groans and sighs. The pair also discuss how Dumont approaches character psychology from a visual perspective. And the final interview is a segment from a 1999 French television news program, with Dumont walking the streets of Bailleul and explaining how he shoots. Rounding things out is a segment from a 2000 episode of Tendances featuring actress Séverine Caneele, a trailer, and an essay by critic Nicholas Elliott that, among other things, traces some of the film’s art-historical references.