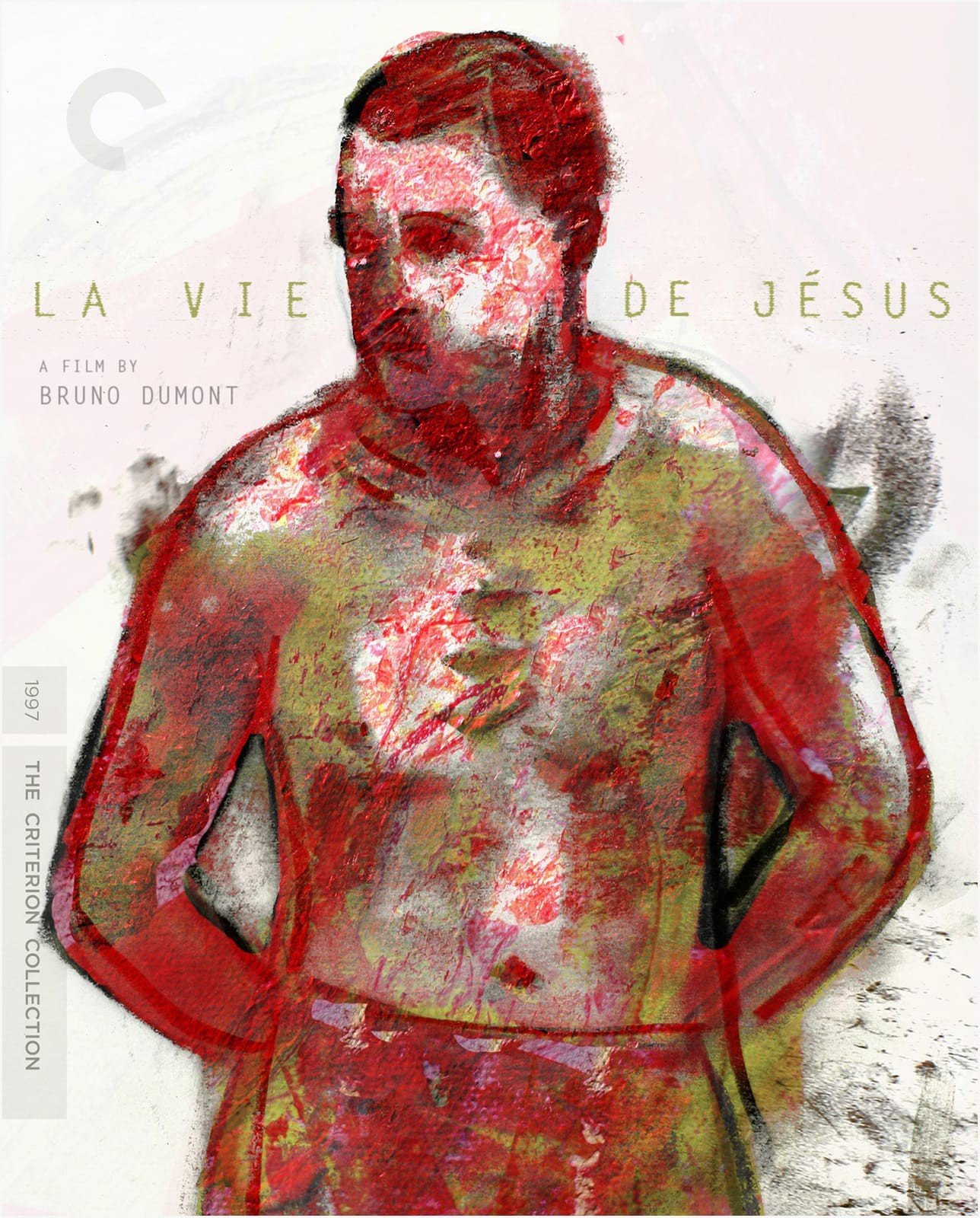 Bruno Dumont’s La Vie de Jésus provides the occasion to contemplate how approaches to kindness and justice work on a philosophical level. As Paul Bloom explains in his 2016 book Against Empathy, the “morally corrosive” influence of empathy sometimes prompts an immediate action that overlooks the long-term effects of said action. Dumont creates scenarios that are farsighted in their scope; the basic story of Freddy (David Douche), an epileptic teenager harboring racist resentment toward Kader (Kader Chaatouf), his North African peer, prompts us to see how empathy fails at getting to the root cause of what precipitates Freddy’s violent acts. It’s not that Freddy lacks the ability to see Kader as human; it’s that the cultural foundation of Bailleul, a small French town, is shackled by the strictures of racial and sexual repression.

Not that Dumont is shy about depicting sexual contact. In fact, Freddy’s relationship with Marie (Marjorie Cottreel), another local teenager, is steadily reduced to an entirely physical state of being. This culminates in a close-up of Freddy’s erect penis thrusting in and out of Marie’s vagina; in this moment, the hardcore sex act is offered by Dumont not as an empty provocation, but a commentary on bourgeois skittishness over representations of sex. When Kader and Marie start seeing each other, Freddy irrationally targets Kader for violence. Like the murderous brother in Luchino Visconti’s Rocco and His Brothers, Freddy only knows physical cruelty as a response to being threatened by his own desire because he cannot articulate his response in any other manner. While Dumont allows Freddy’s precise feelings to remain mostly unspoken, the implication is that Freddy’s been conditioned by his community to be ashamed of his sexual impulses. When shame meets anger, violence ensues.

Dumont’s debut feature draws upon conventions of neorealism and documentary by employing non-professional actors in all of its roles, but its stylistic traits are closer to the formalist cinema of Robert Bresson, also known for working with first-time actors in nearly each of his films. Like Bresson, Dumont stages shots to highlight their flatness and the base elements of any given action. These visual choices create the sensation that we’re encountering more a tableau of reality than anything approaching documentary realism.

This is especially evident in Dumont’s depiction of Freddy’s mother, Yvette (Geneviève Cottreel), who owns a local pub and seems to do little more than watch the news on a small television set. Early in La Vie de Jésus, the woman sees what appears to be a dead body in an unspecified African location. “What a shame,” she mutters, expressing nominal concern when faced with the evidence of global catastrophe that she believes has no immediate impact on her life. Later, she musters a similar response when Freddy goes to see Cloclo, a friend who’s dying of AIDS. Yvette only approaches the point of outrage when reprimanding Freddy for not having a job. Dumont is foremost concerned with depicting how the nagging worries of quotidian life steadily contribute to the absence of culture, the death of art, and abuses of power that, above all, leave the impoverished destitute.

Yet, despite viewing Yvette through a critical lens, Dumont isn’t blaming her for the violence her son will soon commit; rather, he’s juxtaposing the people of Bailleul against a series of problems, whether local or global, that seem to have no immediate solution. This approach has been deemed by some critics as lacking in compassion, but Dumont’s intent is to soberly reflect on the complex ways that hate is fostered by collective forms of ignorance.

Dumont demonstrates, too, how passivity maintains tradition as a form of oppression. Freddy and his friends, who effectively patrol the countryside on their motorbikes, also mock Kader and his family under their breath with religious chants and racial epithets inside a café without reprimand. Later, after Freddy and his friends have committed a heinous act, a police officer (Alain Lenancker) questions the boy, asking if he doesn’t like “Arabs.” Dumont stages the exchange to amplify its procedural nature, with the officer’s back to Freddy throughout the interrogation. Freddy, inarticulate and surrounded by authority figures who are themselves relying on a limited vocabulary to define criminal acts, is the product of a culture that has neglected to discover the essence of its own existence.

Criterion presents La Vie de Jésus in a pristine 4K digital restoration. The wide outdoor shots boast vibrant colors and detail-rich depth of field; as Freddy rides his motorcycle throughout the countryside, the surrounding trees and grass intensely radiate green. Scenes set in indoor spaces also boast significant clarity and excellent focus. Given how important faces are to Dumont’s style of filmmaking, this transfer is especially notable for how close-ups reveal the pores of actors’ faces. The monaural soundtrack is clean and clearly audible throughout.

The bulk of the extras consist of interviews with Dumont from different years since the film’s release. In the most recent one, conducted by Criterion in 2019, Dumont explains how his background in industrial films prepared him to make La Vie de Jésus. He also spends ample time considering the philosophical basis for his filmmaking, saying that he views his work as “metaphorical representations of the inner experience of human nature.” The filmmaker also discusses the failure of popular cinema to become anything more than a product for mass consumption. The second interview, a lengthy talk with critic Philippe Rouyer from 2014, sees Dumont digging even deeper into how he tries to reconcile “the coexistence of different sets of values.” And the final one consists of excerpts from two 1997 episodes of the French television program Le cercle de minuit, during which Dumont talks about society being racist and how his job as a filmmaker is to “rattle the cage.” Rounding things out are the film’s trailer and an essay by critic Nicholas Elliott on Dumont’s distinctive visual style.

Criterion resurrects one of the great debut features of the last 25 years with an impressive 4K transfer and an informative grouping of supplements.

The Myth of the American Dream: Francis Ford Coppola’s The Godfather Trilogy