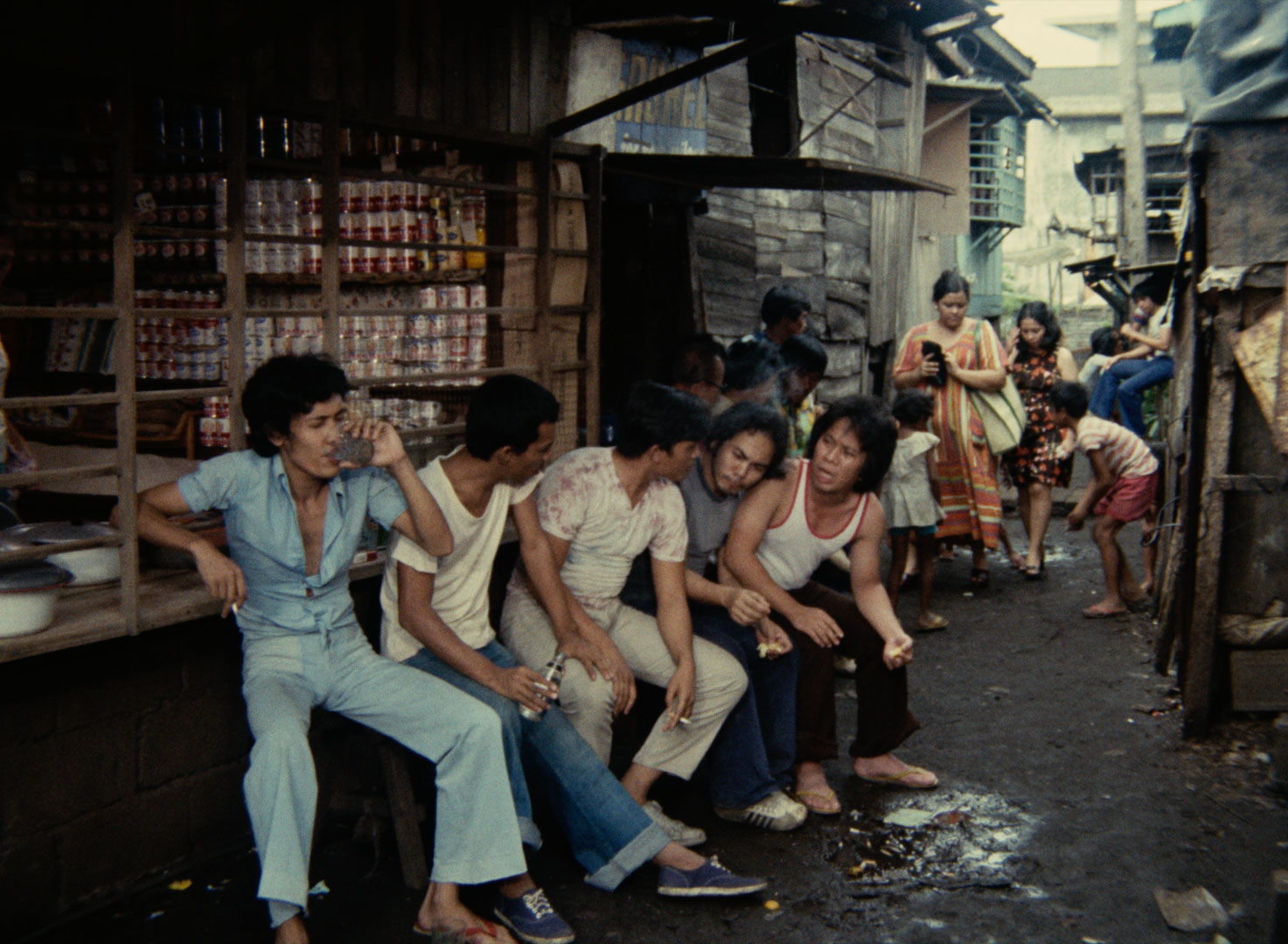 Just as its introductory scene’s slaughterhouse apparatus violently destroys pigs, so, too, does the crushing poverty of the Philippines—specifically, the countryside slums of Tondo—crush the titular heroine of Lino Brocka’s 1976 Insiang, a woman trapped in an environment of destitution and abuse against which she can only struggle violently, and vainly. The first Philippine film ever presented at Cannes, Brocka’s portrait of familial treachery and societal abandonment channels its melodrama through the filter of neorealism, its story’s heightened emotions kept at a simmer by an aesthetic at once verité-blunt and yet shrewdly, meticulously composed.

Nowhere is the director’s command more understated and potent than a sequence in which melancholic music is used to link Insiang (Hilda Koronel) and boyfriend Bebot’s (Rez Cortez) lovemaking to her discovery, the next morning, that he’s absconded; in effect, Insiang’s desperate idealism and subsequent disillusionment are seen as two sides of the same coin.

Certainly, the roots of her misery extend all the way home, where her mother, Tonia (Mona Lisa), bitter about her husband’s departure, kicks her financially strapped in-laws to the curb so she might have her young lover, Dado (Ruel Vernal), move in, before proceeding to badger her daughter into a Machiavellian rage. Beset by maternal resentment, Bebot’s love-’em-and-leave-’em callousness, and Dado’s rapist tendencies, Insiang plots her revenge, with Brocka expertly dramatizing the (understandable, if not prudent) reasons for each character’s behavior.

What registers most forcefully throughout isn’t Insiang’s literal plot twists and turns as much as the pervading mood of lonely powerlessness and the reactionary impulse to strike back against intractable forces and situations by any means necessary. It’s an undercurrent conveyed by Koronel’s guileless countenance and the director’s unaffected depiction of the impoverished setting and its beleaguered inhabitants.

Insiang’s defiant actions cast the film as a lurid ode to feminist self-actualization. But with his misery-wrought finale, and its tangled knot of obstinate, volatile, unfulfilled feelings and desires, Brocka ensures that any minor triumph enjoyed by his morally and emotionally warped protagonist is tempered by an overriding dose of bittersweet sorrow and despair.

Q: What Movies Have You Walked Out Of? A:

Will Someone Please Think of the Children: Todd Field’s Little Children