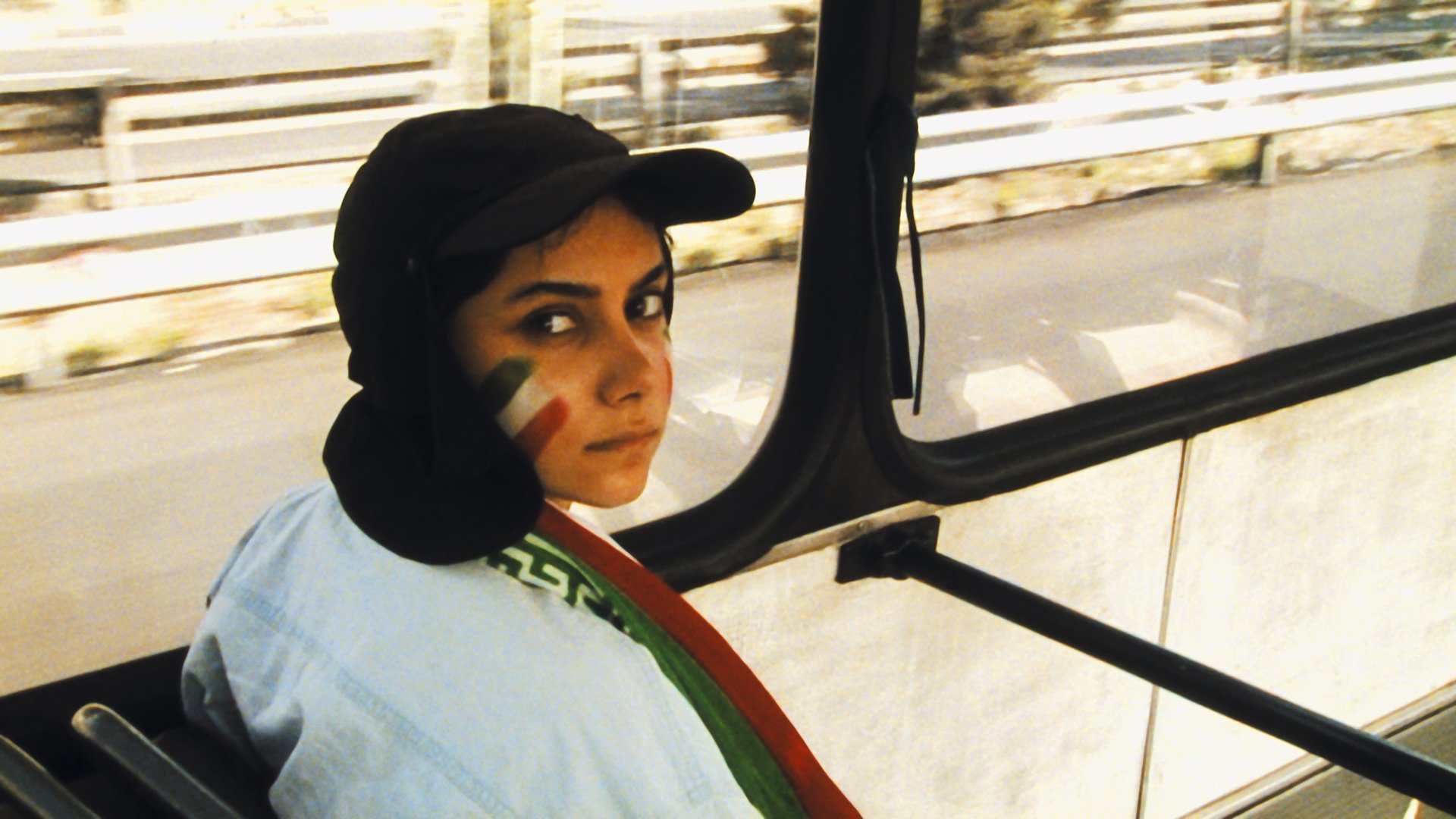 No offense to Sofia Coppola’s Marie Antoinette and Hong Sang-soo’s Woman on the Beach, but the highlight so far of the 44th New York Film Festival has been Jafar Panahi’s Offside, another cyclically crafted jewel in the spectacular crown of Iran’s national cinema—a sterling example of grace resonating from grueling cultural pressure. Much has been written about this film as a lightweight version of Panahi’s The Circle, but it appears to share more DNA with the director’s Crimson Gold, another masterwork about seemingly irrevocable forces locking people into suffocating social strata.

Separating Offside from The Circle and Crimson Gold is, yes, its humor, but don’t let anyone downplay its complex disquisition on sexual and identity politics and vibrant illumination of the crippling frustration of social exclusion that provokes the film’s women to dress up as men in order to sneak into the soccer stadium where their country’s team competes for a chance to go to the World Cup. The resilience of these women to be included in the nationalist reverie their men would deny them is something that is alternately heartbreaking and fierce.

How sad that they are kept behind barricades for much of the film, mere feet away from a entryway that would allow them a glimpse of the vast green field of grass where the country’s team competes for a chance to validate its own worth to the world. And through it all, Panahi puts us in the shoes of his heroines, denying us a vision of that green for much of Offside—that is, until an officer runs into the stadium to chase after one of his captives.

When the field explodes on the screen, the sense of freedom its colors impart washes over us and seeps into our hearts and minds with the euphoria of a paradise found. Panahi and his actors, through incisive wit and drama, not only illuminate the absurdity of how women are denied every day pleasures in Iran but the ease with which communication melts the barriers that separate the country’s men and women. This has always been the humanist Panahi’s stock-in-trade: tragedy spectacularly laced with hope.

Q: What Movies Have You Walked Out Of? A: