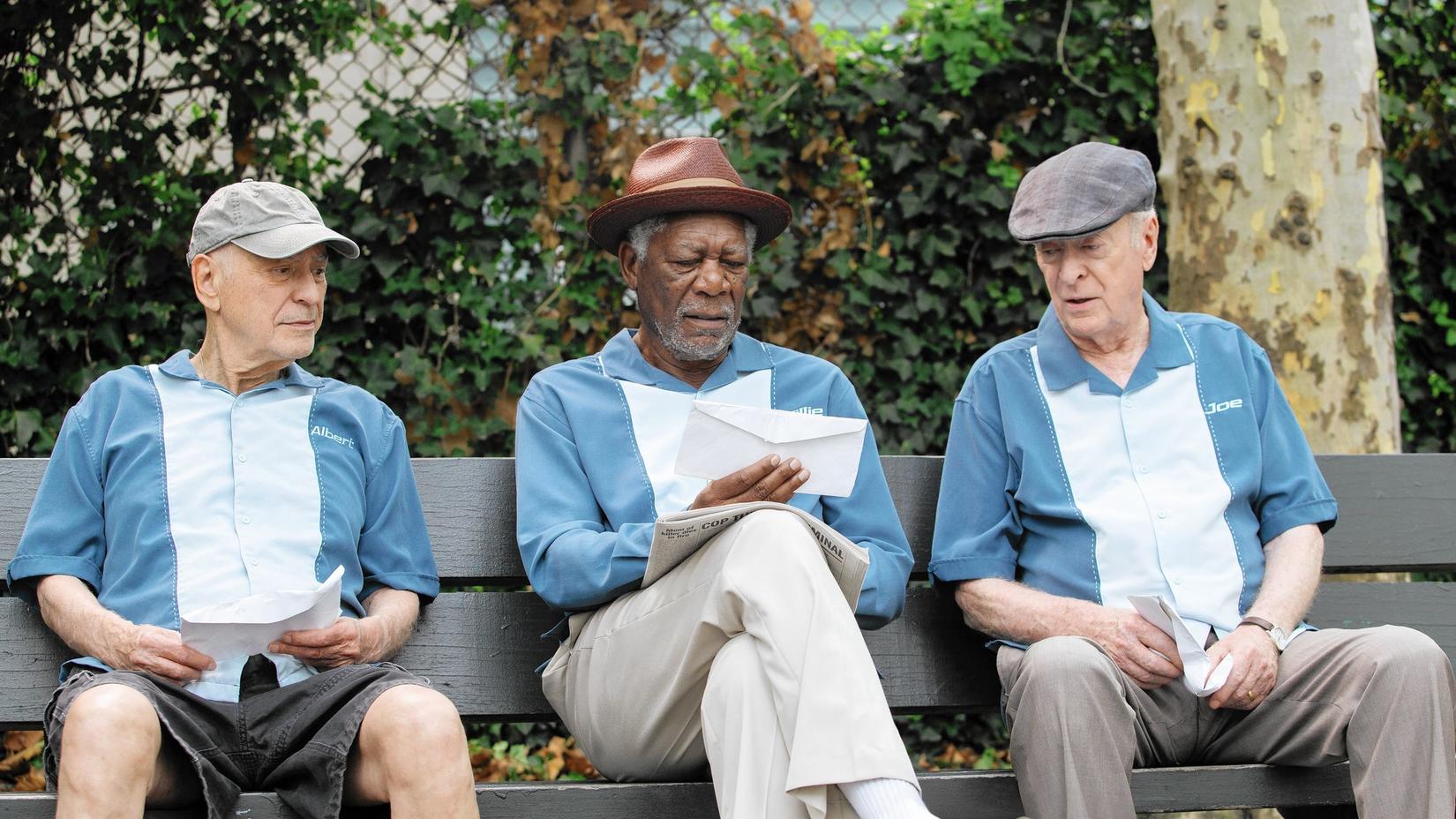 Because Hollywood movies are among the few places where aging white males will truly never feel marginalized, Going in Style doesn’t carry with it a sense of desperation that many of the great comedies of economic debasement share. Undoubtedly, that’s a draw for some. Unlike, say, the relationship that Depression-emergent audiences shared with Sullivan’s Travels, modern audiences care less about identification with what’s on the screen than they crave the vicarious thrill of transcendence and revenge.

Populist to a fault, this remake of a 1979 George Burns-Art Carney vehicle stars Michael Caine as Joe, a retiree living in and about to get priced out of gentrifying Brooklyn on the other side of the street from his former co-workers and current diner denizens Willie (Morgan Freeman) and Albert (Alan Arkin). All three are living check to check. When the steel mill they devoted half their lives to gets stripped by foreign interests and greedy bankers, and the pensions they depend on dry up, Joe starts seriously weighing the risk-benefit ratio of pulling a New York Post-friendly bank heist.

As directed by Zach Braff in journeyman mode, which is to say sans interest in Wes Anderson-swiping symmetry, Going in Style embraces the broadness of its premise, and is at the very least blessed with three actors all perfectly willing to disgrace themselves for a paycheck. (In a meta sense, the film is almost an adaptation of Caine’s on-screen career in particular.) The glint in Caine’s eye as he entertains the idea of pulling off an impossible, far-from-Italian job is the definition of professionalism in the face of artistic adversity. Enough so that you can see how the slightly more ambivalent Freeman and Arkin are spurred to up their game, though it’s clear from the outset that they’re slumming in cut-rate Grumpy Old Men turf even long before Ann-Margaret starts prowling the supermarket aisles, purring and fondling eggplants.

Underdeveloped in most respects outside of its convenient, small-talk dialogue with blue-collar rage, the film is also incongruously weightless in the end, relying on coincidences and the most gosh-darned cute deus ex machina you’ve ever seen on screen that also features a chain-smoking coupon-clipping biddy barking the solitary, PG-13-friendly F-bomb. Hidden Figures screenwriter Theodore Melfi already proved in that Oscar-pleasing film that his relationship to conflict is more compulsory than intuitive, which is almost endearing against this film’s depiction of three ne’er-do-wrong gents forced to contemplate the unthinkable. No one in Going in Style seems to really know what the hell they’re doing or why. And even though that goes double for the filmmakers, at least no one succumbs to taking any of it seriously.