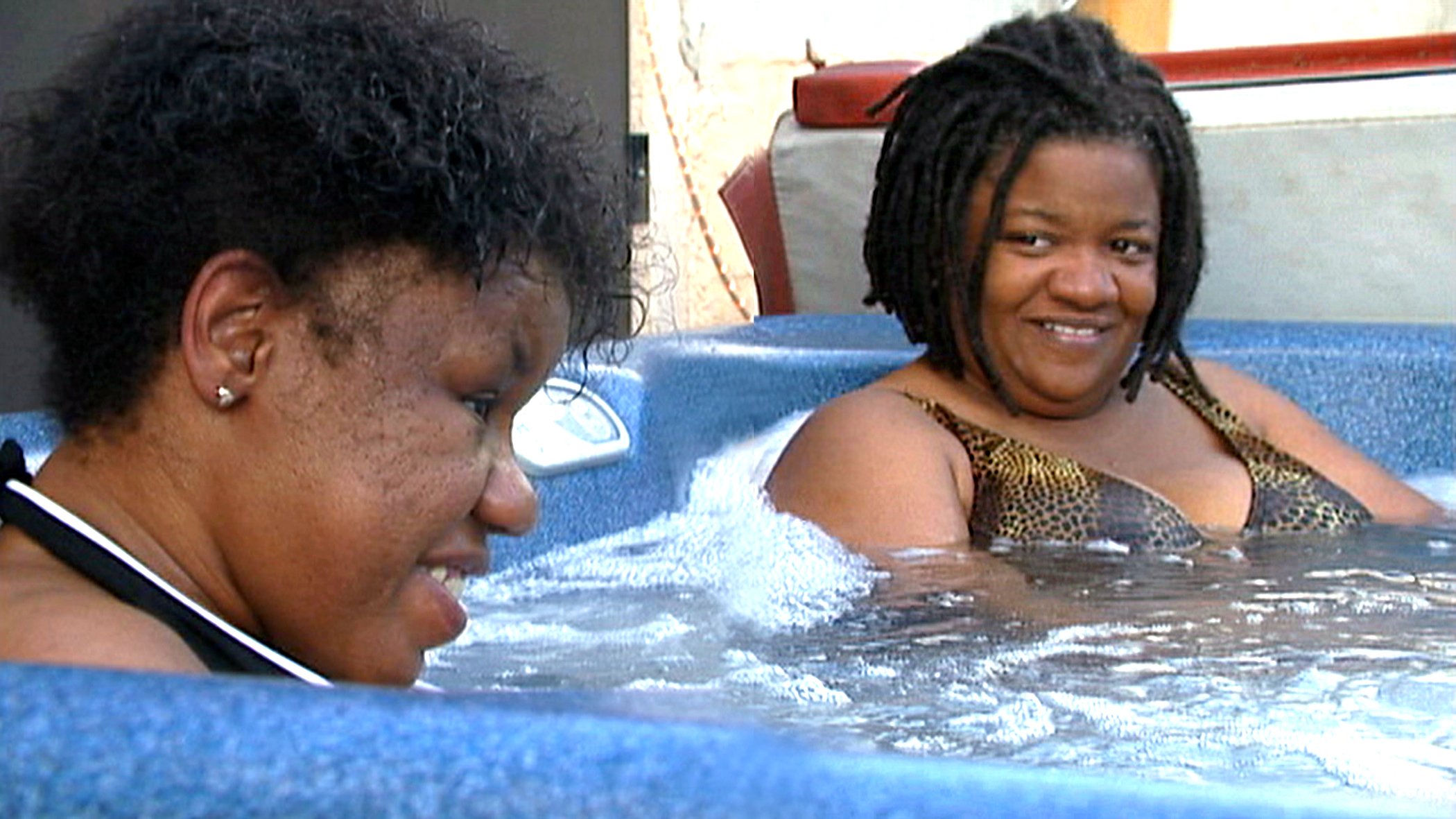 The unqualified strength of Raising Renee is Beverly McIver. As they say, directing is 70% casting, and directors Jeanne Jordan and Steven Ascher could not have found a more fitting leading lady than the renowned painter and artist. For almost all of the documentary’s 81 minutes (and more on that word “almost” in a bit), McIver is a pure, effervescent delight, a charmer and true sweetheart. Her friends and family knew this about her, of course, and despite her older sister Roni’s claims that she was once the quiet, shy type, McIver clearly didn’t need a crew of cameramen and directors to draw it out of her.

Raising Renee is essentially—and at its best—Beverly’s story, a true glimpse into the few years from her first New York solo show through her mother’s death from cancer to a major career change and move from Arizona back home to North Carolina. Present for all of this is her mentally disabled sister Renee, whose health and welfare their mother had looked after for more than 40 years, though now a promise that Beverly would assume the role has come due. The film prods at the pains of this family relationship, one immediately recognizable to those who have someone on a nearby stem of the family tree in need of persistent care: the struggle to have your own life and ambitions while another person depends on you.

And McIver’s ambitions were particularly boundless. Through talking-head interviews, she goes straight at her problems having Renee in the house, placing Jordan and Ascher’s film into the documentary role of a life lived out loud, familiar from Steven Soderbergh’s Spalding Gray documentary And Everything Is Going Fine at this festival last year, or the Harlan Ellison pic Dreams with Sharp Teeth. Only McIver can’t help but do so with trepidation, laughing regretfully and covering her mouth each time she gets a little mean; it’s one of her more charming mannerisms. As with her own work, she’s finally unafraid, analyzing the relationship before our eyes and pushing the film into more salient territory than one family’s hardships, namely the role and representation of race in 21st-century America, a topic hardly surprising for those familiar with McIver’s work. It is, almost, effective.

Jordan and Ascher build up McIver’s story slowly, through old videos, photographs, McIver’s paintings, all alongside interviews and footage of day-to-day life gathered over several years. Their passion is striking and immediate, as well as the McIver clan’s trust in them, a great compliment to their skill. Yet the impression—and it’s not necessarily a bad one—is that they had to wait out a conclusion to their story before they knew the full scope of the movie they were creating. With a less appealing central character, the whole structure of the work would have collapsed into dullness or, worse, insincerity. Even with the rich texts that are Beverly McIver’s facial expressions, Raising Renee falters.

The ending of the film is its weakest point: a narrative twist takes the story away from its base, Beverly, and firmly into Renee’s world alone. Whatever the intention—humor, heartstrings, the need to find a conclusion at any narrative cost—the move results in the viewer knowing Renee’s final thoughts but not Beverly’s. Some may argue that the final images of Beverly are meant to serve that purpose, but given the verbosity and honesty under which McIver, Jordan, and Ascher had been previously operating, the effect is odd, unsatisfying. Has the bond between sisters been strengthened? Was that even the point? Answer such questions, and we can drop the “almost.”