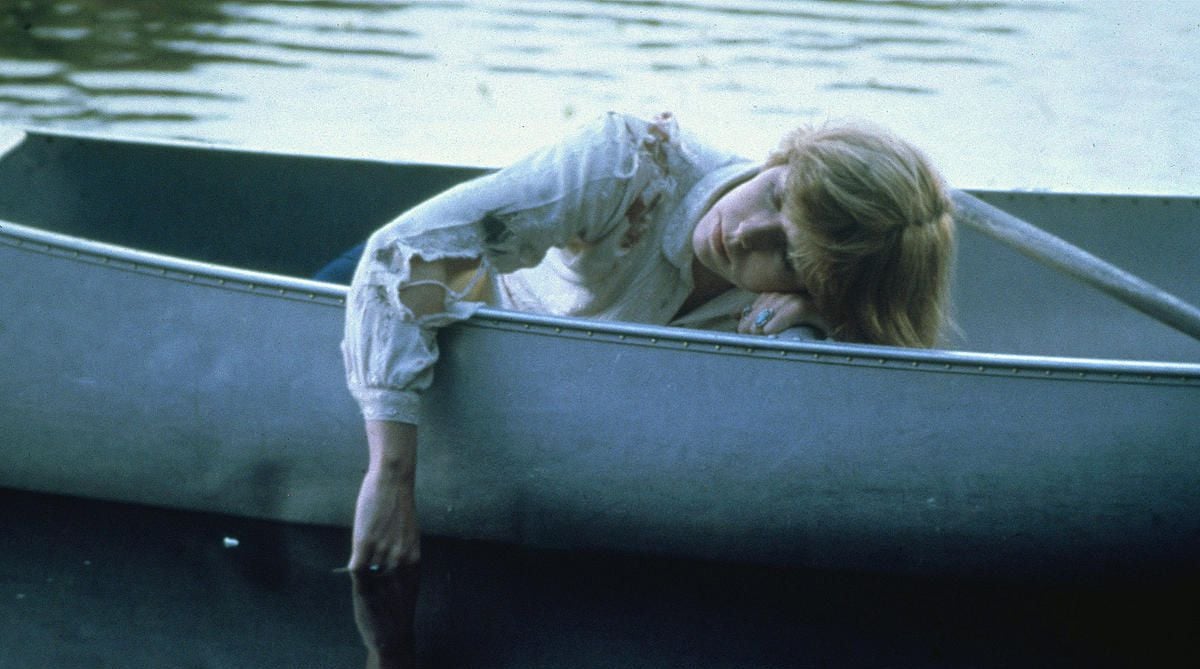 Since it doesn’t have the cinematic artistry of John Carpenter’s Halloween, the queasy thrills of Bob Clark’s Black Christmas, the novelty of Mario Bava’s Bay of Blood, or the uncompromising shock value of The Texas Chainsaw Massacre, you really have to wonder what exactly made the Friday the 13th series so wildly successful. Maybe it’s because, starting from this very first entry, there was a kind of minimalism at work, eschewing anything special in terms of mood, pacing, character, plot, and tension.

The characters play strip monopoly and do lame impressions of Humphrey Bogart. Boys and girls alike boast shaggy haircuts (the fashion sense at the time was taking a hideous turn toward the preppy), and the free love on display is spirited because there’s no body-horror jitters about a lethal sexually transmitted disease. It was, after all, only 1980.

The murderer turns out to be a middle-aged woman named Mrs. Voorhees (Betsy Palmer) with a butch haircut and a gigantic bulky sweater, whose line readings are akin to nails on a chalkboard (“They were making love while that boy drowned! His name was Jason!”) and a predilection for speaking to herself in the mincing voice of her dead child. It’s only in this last 20-minute appearance of this scene-stealing harpy (not to mention the memorable cameo by her rotting zombie son) that Friday the 13th becomes memorable as high camp.