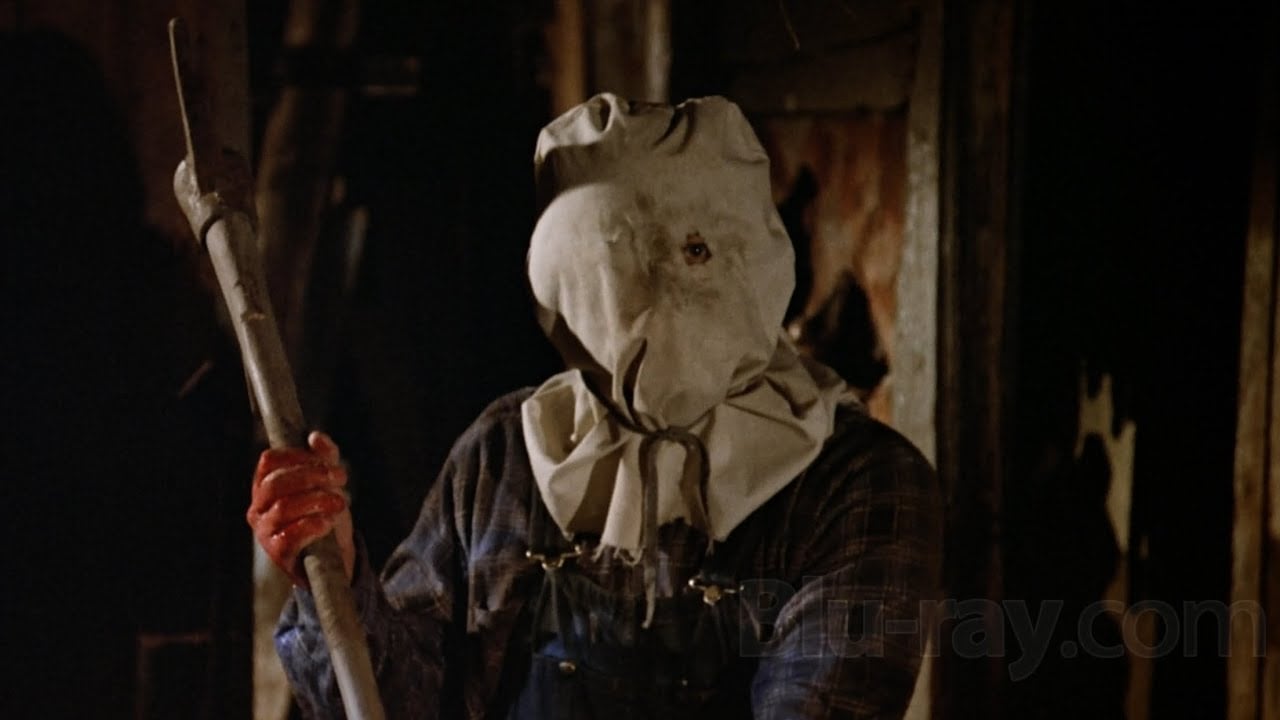 Steve Miner’s Friday the 13th Part 2 is basically a day in the life of some pre-AIDS-era teenagers (they go on a nature trail, swim in a lake, trespass in a haunted house, then proceed to drink lots beer and try to screw each other). Single-minded in its desire to please the horror crowd, the film seeks to accomplish a checklist of things almost by rote: a gorgeous girl with a perfect body and limited acting ability goes skinny dipping at night; a kid in a wheelchair gets a machete in the face and is hurled down a flight of stairs; a pair of star-crossed lovers winds up getting harpooned by Jason after they’ve orgasmed; and a prolonged chase where the level-headed main female character (Amy Steel, in an enjoyably low-key and naturalistic performance that recalls Jamie Lee Curtis in Halloween) is pursued by a deformed killer with a potato sack over his head. It’s entertainment in the carnival sense of the word, reminiscent of country-fair haunted houses, which admittedly has a kind of charm all its own.

Friday the 13th Part 2 never aspires to be termite art. The gore set pieces are handled in workmanlike fashion, with POV shots and heavy breathing slowly building up to a false scare (with a cat or best friend jumping out), followed by a mortifying glimpse of sadistic killing. By now, everyone knows what to expect from this kind of movie, but what’s surprising is how the low-budget rawness, cheap film stock bubbling over with grain, and washed-out lighting schemes give the film a kind of base in reality. As for the old argument that these films are conservative relics of the Reagan era, where sex equals death, well, the victims at least seem to be having a good time before they get picked off. The imagined terrors of a bag-headed moron with an axe are ultimately far more pleasing as cathartic scares than the real-life terrors that emerged from the American political landscape of the past 20 years. Steel’s Ginny says it best: “What if there is some kind of boy-beast running around Camp Crystal Lake? What would he be like today? Some kind of frightened retard?”