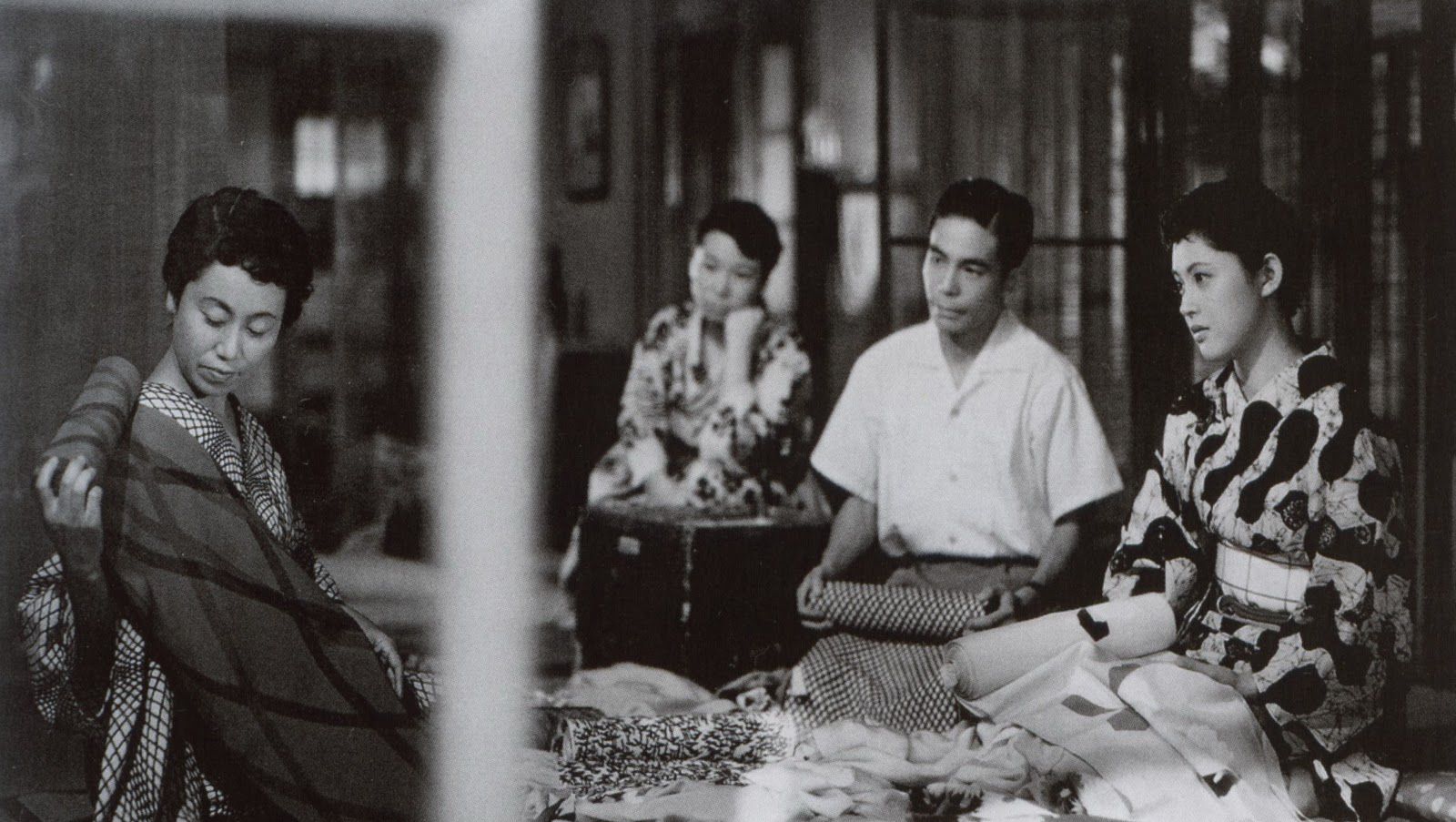 At the opening of director Mikio Naruse’s masterful Flowing, maid Rika Yamanaka (Kinuyo Tanaka) is hired at Tsuta House, a struggling back-alley Tokyo establishment, and the geisha tellingly take to calling her Oharu. A reference to Tanaka’s most famous role (as the mythical martyr of Kenji Mizoguchi’s period melodrama The Life of Oharu), the association also acts as a distancing device for both the character and the viewer, placing us in a seemingly privileged position of observational prominence. Yet this is far from the tonal truth of the matter: Certainly Rika seems a rebellious goddess among mortals, yet more one who has come to Earth out of curiosity rather than judgement, out of a desire to participate in and observe the workings of a somewhat alien reality.

The drama of Flowing depends heavily on a viewer’s identification with this cinema surrogate; it is Rika’s entrance that permits us a brief glimpse and insight into the geishas’ downward-spiraling existence and it is her implied exit from that world at film’s end that brings down the curtain on what is, finally, a non-narrative slice of life that feels profoundly equivalent to the blink of an eye. In its own way, Flowing is an end-of-days film, a silent apocalypse (charting the last gasps of the old-world geisha class) along the slate-cleansing lines of the Dardenne brothers’ recent work. Yet where a Dardenne film such as The Son is heavily suffused with a sense of the Western Catholic—the film’s protagonists consistently fearful of speaking the holy, purifying Word of God—Flowing, in its generally muted and mellow tone, feels supremely indebted and connected to Eastern Buddhism’s karmic path toward enlightenment. The key word in any definition of karma is behavior: how we behave in this life (as well as in our previous ones) determines the quality of our future lives.

It’s this very sense of the importance of the everyday with which Flowing is primarily concerned (indeed, the examination of behavior via cinema might be posited as the primary thematic obsession of Naruse’s filmography). The geishas drink and fight, obsess over a lack of clients, put off hounding creditors with false promises, and pursue dreams that never come to fruition. Yet above all, they persevere, and the director allows their efforts to build, oftentimes at the pace of life itself, to an unsurprisingly outstanding conclusion. It’s here, in Flowing’s final, nearly silent last passage, where the film’s many mundane actions coalesce and play out as transcendent ritual, while the final lap dissolve to an ever-flowing river suggests a heavenly, hopeful merging of the tragic with the triumphant.