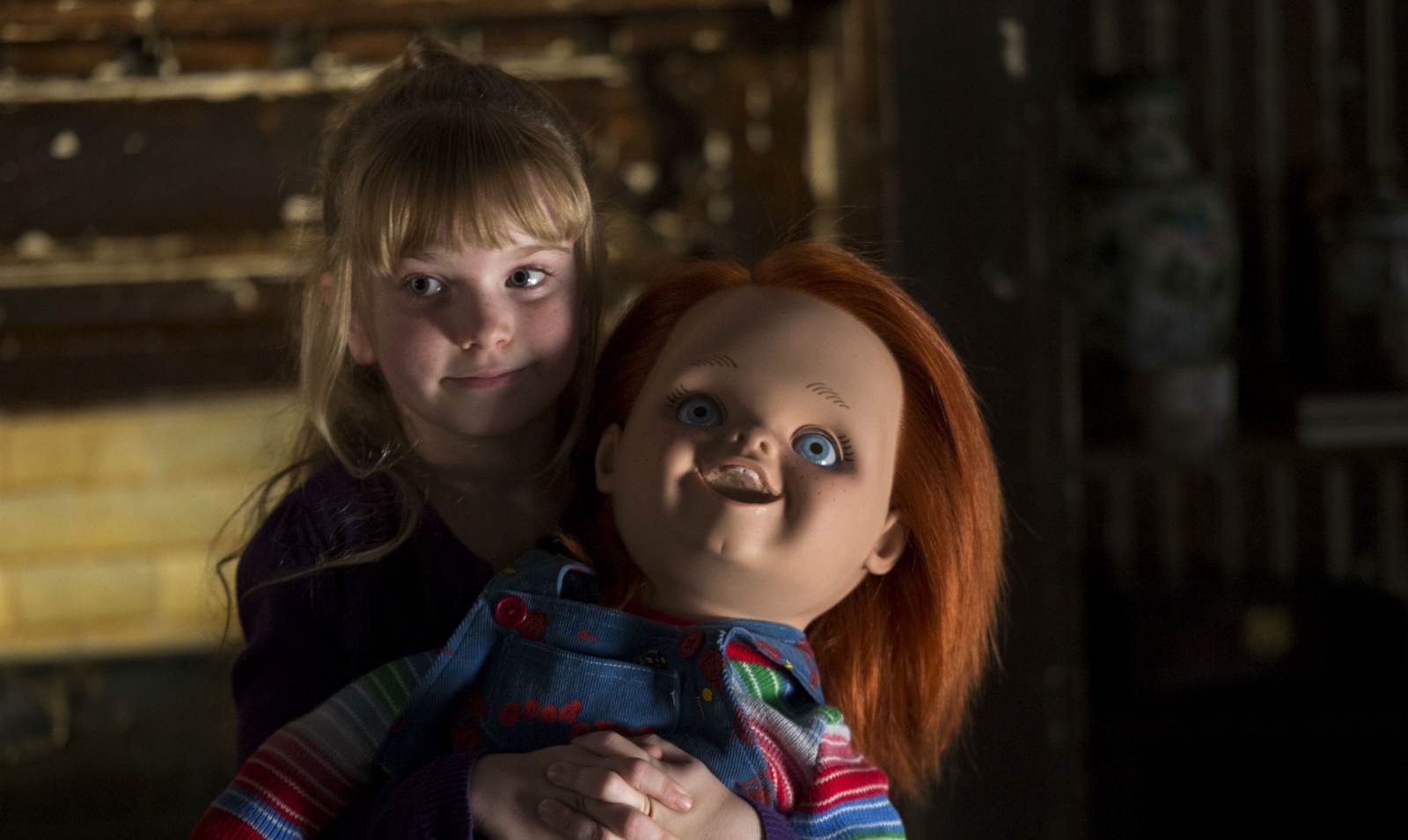 After a fully stocked three-week run, the Fantasia International Film Festival concluded this past Wednesday evening. Now in its 17th year, the Montreal-based festival remains a genre lover’s paradise, a celebration of all things horror and sci-fi.

An early highlight was Antisocial, a zombie infection film about college students who develop murderous instincts after being diseased by a Facebook-like website. A film for paranoid Luddites as well as Mark Zuckerberg detractors, Cody Calahan’s satire is clearly indebted to the legacy of Romero, Carpenter, and Cronenberg and serves as a biting commentary on the often addictive nature of online interaction. Also of note is The Dead Experiment, from first-time filmmaker and biology and physics expert Anthony Dixon. The film, whose dialogue is rooted in heavy scientific vernacular, focuses on a deceased med student (Ryan Brownlee) temporarily brought back to life, his brief time on Earth ticking as he and a conflicted friend with Dr. Frankenstein-like tendencies work to extend his lifeline. This film clearly follows the “You can’t play God!” trajectory of the mad scientist-centered sci-fi/horror subgenre, and the initial idea serves as a faithful crossbreed between Pet Sematery and Primer (one of Dixon’s self-noted influences).

Bobcat Goldthwait’s Willow Creek seeks to legitimize the Big Foot myth. Following a good-looking couple, Kelly and Jim (an incredibly believable Bryce Johnson and Alexie Gilmore), as they document their vacation visiting the California locations once made famous by the 1967 Patterson-Gimlin creature footage, the film, featuring only 67 edits and often photographed by its two leads, follows the Blair Witch Project outline to a tee. The couple interview town folk versed in Big Foot lore (Goldthwait used many real locals), are warned not to go looking for trouble, remain skeptical, nonetheless ignore the pleas, and then spiral out of control as the woods grow dark and the sounds of nature grow louder. Because the eventual payoff results in a vague conclusion rife with questions, a common downfall of the found-footage film, you’re more likely to remember the striking 19-minute take in which Kelly and Jim remain fearfully huddled together in panic as something outside their tent makes its presence known.

Some films defy their description and others thrive on it. Thus, Jacob Vaughan’s Bad Milo is a film sure to pique curious viewers’ interest, though it’s likely to disappoint them once they decide to see it. The story of a stressed out businessman/husband whose anus produces a creature who offs those who annoy him, the film is an icky, anger-fueled retaliation flick. It will no doubt be known as the movie where a strange-looking puppet that sounds like a Mogwai develops a Jekyll-and-Hyde symbiotic and paternal bond with its owner. Stephen Root, ever the consummate professional, has one of the most interesting faces in the business, and as a long-lost father, he puts it (and other parts of his body) to creative use here. Although the dialogue is smarter than you might imagine, it begins to feel somewhat tired when you consider the possibilities of the outrageous concept.

Curse of Chucky, the latest in the Child’s Play franchise, had its world premiere on Friday night at the beautiful Imperial Theater. Set in a gothic manse, the film follows a family brought together after the untimely death of dear old mom. Nica (Fiona Dourif, daughter of the Chuckster himself, Brad Dourif), the film’s wheelchair-bound protagonist, is against selling the home and soon she’s linking her mother’s death to the arrival of Chucky, who was shipped to her doorstep not long before. The film, retro to the core, abides by the dictates and clichés of the slasher drama, but director and series creator Don Mancini still finds a way to implement his personal voice into the proceedings, his strengthened confidence behind the camera and fondness for sexual and gender critique shining through; this is the certainly the most female-centric entry of the franchise. Mancini has clearly listened to his fanbase: The last 15 minutes of the film, including a scene following the end credits, are sure to blow the minds of even casual Child’s Play supporters, playing as both a diehard’s wet dream and a perfect culmination to the series.

The less said about Josh Waller’s Raze the better. Featuring action star Zoë Bell as Sabrina, a prisoner at an underground facility where women are forced to battle each other to the death, this UFC-inspired slugfest gets gruesomely repetitive after its third or fourth brawl. More offensive is its muddled social commentary, and its attempts at absolving itself of criticism by casting a woman, Sherilyn Fenn, as the upper-class psychopath in charge of the whole operation. The inspired use of on-screen text that announces Sabrina’s brawls notwithstanding, it’s hard to justify a film about female empowerment when all the women wind up dead thanks to their sexual organs.

There may not be a more provocative film this year than Lloyd Kaufman’s quick-witted, acerbic-tongued Return to Nuke ‘Em High Volume 1. Chock-full of memorable cameos, the Troma-produced film is the first chapter of a two-part series that takes its inspiration from the original Class of Nuke ‘Em High, using its template to satirize our current-day American psyche. As Tromorganic, a crooked health-food company opening over the land once occupied by a toxic chemical plant, begins distributing their product at a nearby high school, shit hits the fan as chemically altered Taco Tuesday turns much of the student population (most notably the bullied glee club) into full blown, vengeful cretins. Excitingly high-energy form the start, the film rigorously shines light on such issues as closeted sexual relationships, school and movie-theater shootings and the sort of news coverage they provoke, the Obama administration, Jerry Sandusky, gym class, indie bloggers, and the death of Trayvon Martin, among other things. Like the character played by the hilarious Clay von Carlowitz, the story is, at least in part, about searching for personal acceptance in an extremely bizarre world, and bizarre it is…

Documentaries of a wide variety were also on full display at Fantasia, a few of which were carousing looks at cinephilia and showbiz nostalgia. I Am Divine, the latest from Jeffrey Schwarz, is both a celebratory reflection on John Waters’s original muse and as an evaluation of the world in which Divine lived. The doc offers an overview of the performer’s filmography and life via the obligatory interviews with co-stars (Tab Hunter and Rikki Lake) and gay critics and personalities (Alonso Duralde and Michael Musto), while also providing a history of the acceptance of avant-garde artists in the United States. Schwarz traces Divine’s life from oppressive Towson, Maryland to the welcoming arms of California and off-Broadway, stressing that change was a constant force in the life of this most exhilarating performer.

Rewind This!, a nostalgia trip through the heyday of VHS, fondly examines the importance of fandom in the 1980s and beyond. Collectors, sellers, and bootleggers get together to discuss what VHS videotapes mean to them, and filmmakers such as Atom Egoyan, Frank Henenlotter, and Lloyd Kaufman give their views on such topics as marketing to the masses via clever, attention-getting cover art to the democratic value of videomaking (occasional flickering, grainy videotape footage cutely adds to the doc’s warmth). From Jane Fonda workout tapes to porn, exploitation horror flicks, and VHS’s war with Betamax for format supremacy, director Josh Johnson fondly remembers VHS’s history before delving into where movie-viewing is headed in the future and presenting a conversation on the difference between the owning and renting of media. Like the overall vibe felt throughout this year’s Fantasia, Rewind This! celebrates the value of community just a little bit off the beaten path.