Peter Webber’s historical drama Emperor is blunt about its stylistic ambitions while at the same time failing to meet them, and the effect is one of sad ineffectuality. “Let’s show ‘em some good old-fashioned American swagger,” General Douglas MacArthur (Tommy Lee Jones) says early in the film, completing the show of bravado with his famous aviators and prodigious pipe. If MacArthur’s line is supposed to serve as an atmospheric presentiment for the rest of the film, then it’s a promise not so much broken (this suggests a quality of crispness that the work as a whole lacks) as it is fatally pillowed by the plodding drama that follows.

This is disappointing, because the historical moment at Emperor’s center seems ripe with political intrigue. The film is based on the true story of Bonner Fellers (Matthew Fox), an army official dispatched to Japan on the heels of World War II to assist the American occupation led by MacArthur. The latter charges Fellers, a phenom of psychological warfare, with determining the culpability of Emperor Hirohito for Japan’s war crimes. The film turns a behemoth of a task into a serving platter for flashbacks to happier days with a willowy Japanese schoolteacher (Eriko Hatsune) that appear at the most predictable moments (cues include dreamy grins and faraway looks), and for inelegant homilies about the country’s many “shades of gray” and cultural ambiguities. Given the zeal with which the film announces its theme of cultural and moral complexity, one would expect to be surprised and refreshed, not bored and glutted.

Emperor’s redundancy reveals a lack of faith in itself. The bloated script—Fellers’s voiceover narration, especially—restates and exhorts as though skeptical of the audience’s intuition. The orchestral backdrop swells and pants, as though hoping to inject some color into the pallid events on screen. (Fox gives a bleary performance that suggests wavering enthusiasm; he seems to orbit his character without ever plunging in and committing to a particular portrayal.) The efforts at manufacturing intensity call attention to its absence. If understatement—in dialogue, plot, non-diegetic music—is sometimes a mark of directorial confidence in the filmed image’s self-made pungency, Emperor seems to cower.

The film is likely correct to think that its fabrication (openly stated in its press materials) of the Fellers-Aya storyline will draw more viewers than an unadorned historical drama. But if we leave the porous boundaries of fictionalized history for a moment, we’ll find that Fellers was married to one Dorothy Dysart during the timeframe of the film—and buried next to her, at the Arlington National Cemetery. Perhaps the “based on” tag excuses this creative liberty. But to know that such a revision was consciously made is to see the Hollywood machinery bared with no shame at all, obscuring a basic truth because our interest assumedly can’t be engaged without the moony gazes and fiercely batting lashes of star-crossed lovers. It’s the pandering, not the falsehood, that’s irritating. The contrivance fits too precisely the theme of cross-cultural revelation already belabored by the film. The truth may be dull, but fiction smoothed into glossy perfection is duller still.

Review: We Are Little Zombies Is a Fun, Wildly Stylized Portrait of Grief 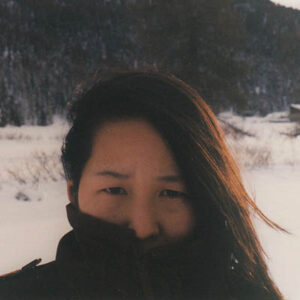 Esther Yi is a writer in Berlin. Her reportage and criticism have appeared in The Atlantic, Cinemascope, Bookforum, and other publications.

Review: The ABCs of Death

Review: Language of a Broken Heart