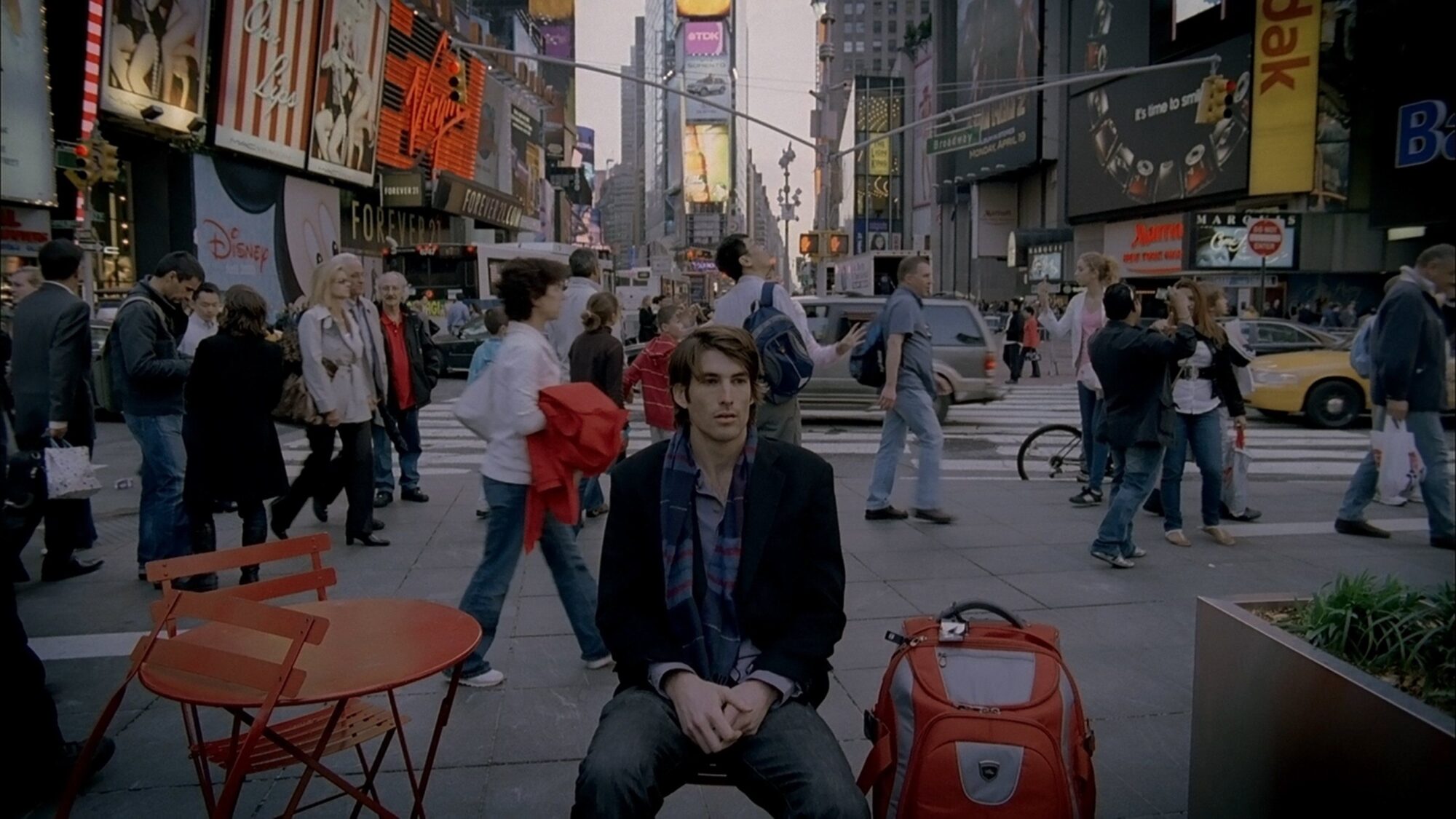 Generously borrowing its technique from other contemporary romantic comedies (most conspicuous is the influence of Garden State, Say Anything…, and the films of John Hughes), the wholly unoriginal Language of a Broken Heart is a feigned attempt at a stereotypically quirky indie film that has virtually nothing in the way of formal sophistication or narrative ambition. It tells the story of a New York City novelist named Nick (played by the film’s screenwriter, Juddy Talt), a popular romance writer who can’t seem to keep his own love life in check. After being dumped by his longtime girlfriend, Violet (Lara Pulver), Nick spends a few days sulking around the city before shipping off to his hometown in Illinois, where he reconnects with his mother (Julie White) and best friend (Ethan Cohn). During his stay, he befriends Emma (Kate French), a local girl who owns a used bookstore and seems to be just the one Nick is looking for.

Nick’s plight, like the plight of any stock male lead in any number of simplistic romantic comedies, is firmly rooted in narcissism. He’s never had a relationship last and girls tend not to like him, but first-time director Rocky Powell takes every opportunity to make it quite clear that there’s something wrong with them, not Nick. This latently misogynistic tactic tricks the audience into sympathizing with Nick and his dysfunctional love life, despite the fact that he’s a whiny, self-centered man-child who’s obvious immaturity is the root cause of his lack of success with women.

Enter Emma, who so fully embodies the Manic Pixie Dream Girl prototype that her function in the film could be some sort of meta-commentary on the marginalized role of females in popular art. Unfortunately, she exists primarily to validate Nick’s bullshit; at long last, here’s a girl who finally understands him. As played by French, Emma is a quirky, quick-witted sprite meant to beguile and fascinate the audience, waxing poetic about the virtues of Huckleberry Finn and generally embodying the idea of an insecure male hipster’s ideal woman, oversized glasses and all.

Their blossoming romance, unfurled with all the triteness and insignificance of a Target ad, provides the film with an easy, one-track plot that throws a few minor bumps in the road but nevertheless finishes exactly as you’d imagine. In the end, there seems to be little artistic impetus behind Language of a Broken Heart’s very existence, as if the filmmakers simply decided the world needed another prosaic movie about affluent people with irrelevant problems.