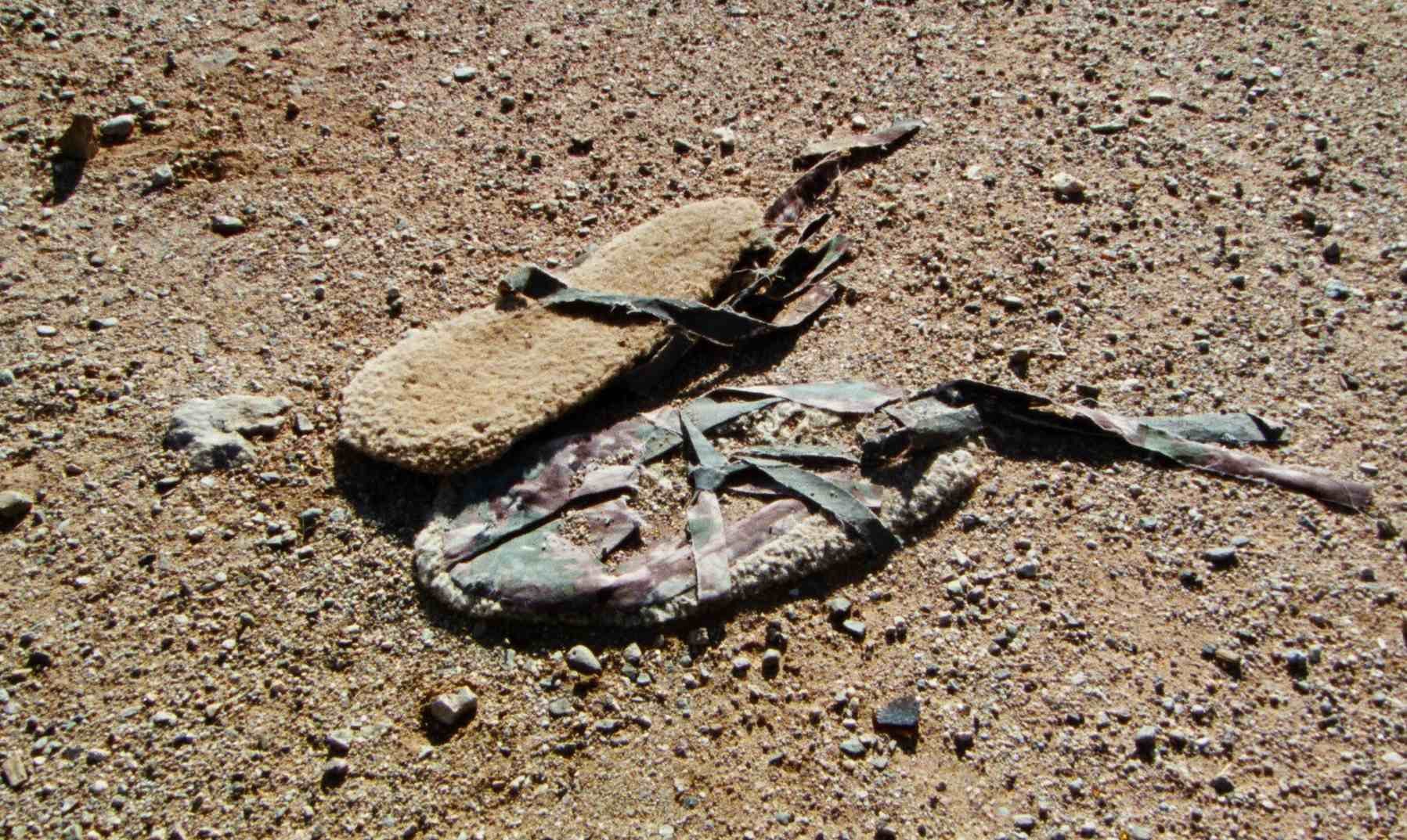 On paper, El Mar La Mar sounds simple: a documentary about life in the Sonoran Desert, specifically for the border control agents stationed near the U.S.-Mexico border and the undocumented immigrants who’ve survived the daunting trek across the area’s rugged terrain. But Joshua Bonnetta and J.P. Sniadecki’s documentary—made after Sniadecki had left Harvard University’s Sensory Ethnography Lab, which is devoted to pushing the aesthetic boundaries of nonfiction filmmaking—often veers toward the avant-garde in its approach to exploring the desert and the topic of immigration.

The filmmakers’ singular style is established in the first of the film’s three sections, “Rio,” which consists of a single traveling shot that begins blurry and just barely comes into focus to reveal that we’re glancing at a border fence from a moving car. And that sense of abstraction becoming more concrete is the guiding principle of the lengthy second section, “Costas.” By themselves, the film’s 16mm images signify nothing beyond the look of landscapes, found objects, the occasional human being far off in the distance. But these images are accompanied by a richly designed sound-track that combines talking-head interviews and electronic soundscapes to create an en-vironment that brims with foreboding, danger, and sorrow.

El Mar La Mar’s treatment of its interviews is especially imaginative. Instead of the usual on-screen faces, the filmmakers present their human subjects as disembodied voices, rendering them as all equal by dint of avoiding standard identifying title cards. But instead of illustrating or distracting us from these personal testimonies with a slew of images, Bonnetta and Sniadecki generally accompany these voices with a black screen—the better for us to absorb what they’re saying. Such an approach under-cuts any charge of undue aestheticization that one may lodge against the film: These filmmakers may be interested in image and sensation but not at the expense of the par-ticular human experience they’re trying to illuminate.

That experience is largely that of undocumented immigrants crossing the U.S.-Mexico border. Bonnetta and Sniadecki’s sympathies are clear, evident especially in their inclusion of an anecdote from one immigrant tearfully recalling all the friends and family members he’s lost along the way. But the filmmakers aren’t one-sided about this emo-tionally complex issue: They avoid a blanket demonization of law enforcement by includ-ing the voices of a handful of border agents who express sympathy for the immigrants even as they recognize that their job is to uphold federal law. Perhaps the most valuable contribution that El Mar La Mar makes to the broader conversation about immigration control, though, lies in shots of detritus found across the desert, inspiring us to contemplate the many reasons for why such objects as bags, cellphones, and SIM cards were discarded here in the first place.

Bonnetta and Sniadecki reserve their most potent artistic trump card for El Mar La Mar’s final section, “Tormenta.” Instead of talking-head interviews on the soundtrack, a female speaker recites lines from a poem by Sor Juana Inés de la Cruz—words that speak to both the cultural discord we’re especially feeling today, and the di-rect experience of being one of those “sun-worn traveler[s]” traversing the Sonoran De-sert. The evocative power of Juana’s language is buttressed by grainy black-and-white footage of the desert, a change in color scheme that surreally reflects the sense of doom punctuated by the unnerving cracks of thunder on the soundtrack.

If the preceding two sections still have some traits of a more aesthetically conven-tional work of cinematic nonfiction, the epilogue-like “Tormenta” launches these mun-dane human experiences into the realm of the spiritual. Like Sniadecki did in the films he made while part of the Sensory Ethnography Lab, he and Bonnetta stretch Werner Herzog’s famous concept of “ecstatic truth” in documentaries as far as possible. The result, in El Mar La Mar, is arguably one of the few nonfiction films to make that ecstasy transcendent and ennobling in the way it inspires, through pure aesthetics, the kind of humane empathy that we could all use some more of these days.