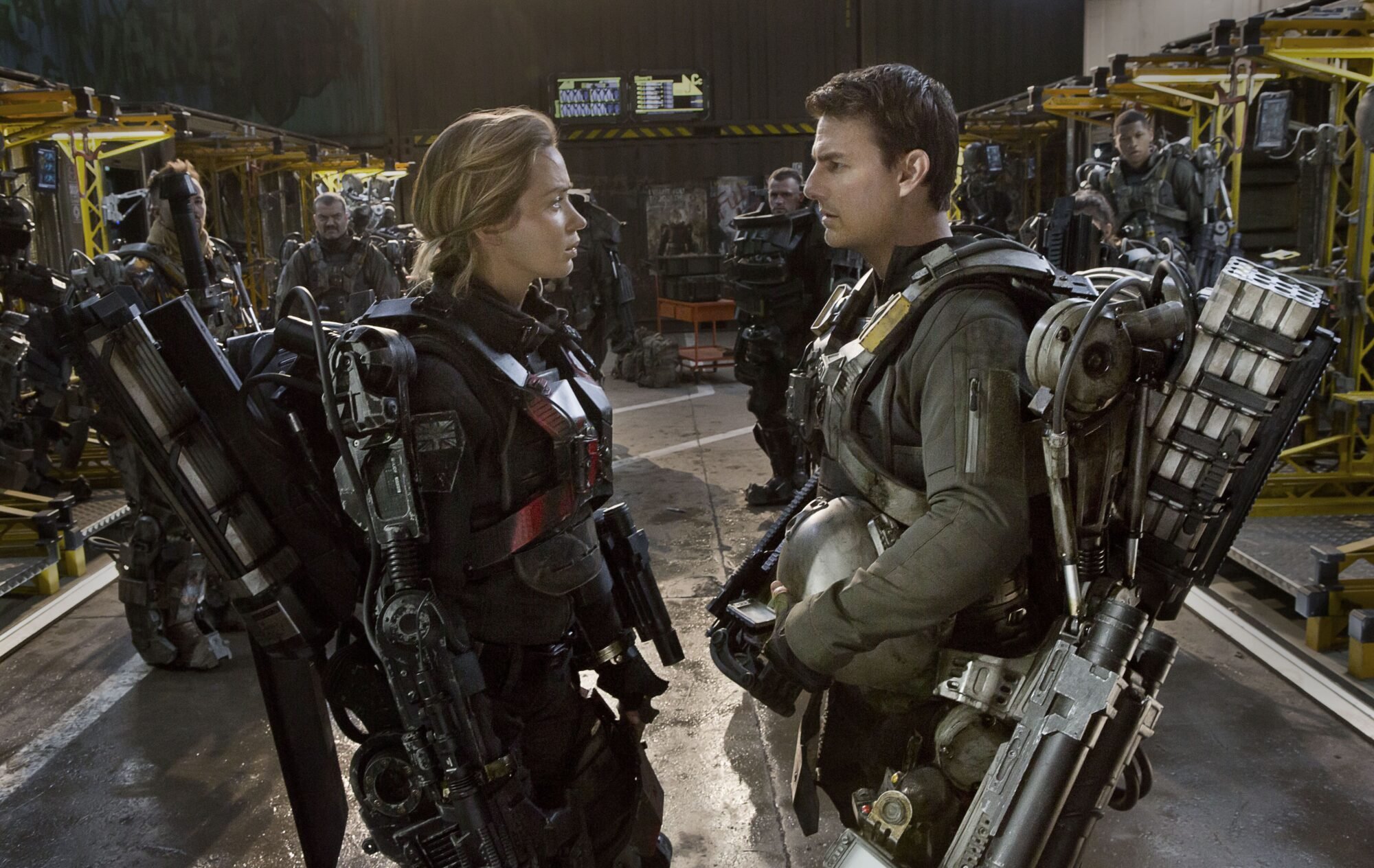 Tom Cruise has never had, nor has he really needed, a McConaissance-style regeneration at any point in his privileged career path. Empirically speaking, he’s never really needed one. He’s been a reliably consistent box office draw since he paired sunglasses with socks and skivvies, manages his projects as wisely as anyone in his league, and even his detours into arty indulgence—or, as in the case of Interview with the Vampire and Rock of Ages, ludicrous miscasting—have performed better than reasonable expectation. For someone the world seems to hate, that litigious imp sure does seem to charm everyone.

But there’s another possible reason why Cruise has never had to (or had the opportunity to) reboot his mojo. In exaggerated contrast to, if not outright conversation with, his reputation for overzealous image maintenance, most of the characters the actor has played over the course of the last two decades have been studies in thwarted masculine hubris. The theme was gnawing at the edges of his matinee-idol confidence in The Firm, fully established itself the moment his fast-talking sports agent from Jerry Maguire flipped out (with limbs flailing) in response to getting pink-slipped, and was crafted into a beautifully symphonic two-part suite announcing the death blow to the Lt. “Maverick” era in Stanley Kubrick’s Eyes Wide Shut and Paul Thomas Anderson’s Magnolia. Cruise’s on-screen persona has been repeatedly undercut, his charisma challenged by the extenuating circumstances of the action-movie rulebook. Rather than rise to his challenges, he frequently stumbles upon a workable solution or, as in Steven Spielberg’s War of the Worlds, just waits until his nemeses catch a cold.

Edge of Tomorrow may well serve as the new benchmark for the microchipping of Cruise’s now well-tamed pit-bull nature. Based on the Japanese sci-fi light novel All You Need Is Kill, the film takes place a dozen or two years in the future. A race of aliens has landed in central Europe and quickly decimated all defenses, owing to their seemingly preternatural ability to anticipate all military forces’ next moves. That and the fact that the Mimics, as they’re known, are thrashing beasts whose lashing tendrils damn near break the sound barrier as they decimate their prey. (They’re in effect a $180-million adaptation of the tornado scribbles in a kids’ flipbook, the unholy love children of the Tasmanian Devil and Stephen King’s Langoliers.)

Cruise plays Major William Cage, a public-relations avatar within the ranks of the U.S. military whose main function is to give square-jawed face at press conferences. As forces gather to storm the beaches of Normandy, Cage is summoned to film the assault. Within seconds, his façade of poise drops and he admits that he hasn’t been within a whiff of combat. He’s charged as a deserter and sent straight to the front lines, where he’s killed within minutes. And then he wakes up at the start of the day. And then again, eventually realizing that he’s caught up in a time loop, destined to continue his impossible mission unless he can manage to somehow survive the sandy slaughter.

Though the battle sequences are filmed like an interstellar Saving Private Ryan, director Doug Liman gives Edge of Tomorrow’s grim temporal coils the exact sort of Groundhog Day playfulness the scenario begs for. Working from a script written, in part, by Christopher McQuarrie (The Usual Suspects), Liman doesn’t ever confuse the lines of chronology, only occasionally flirting with the uncanny by skipping past unnecessary “life lessons.” Had they cast any other action-movie stud in the lead role, the movie would’ve remained a clever, knowing nod toward the Sisyphean self-image held by most FPS gamers (who would probably just as soon fire up their own Xbox 360s than watch Cage fail over and over and over). But Cruise’s participation transmutes, as it always does, everything around him, turning the movie’s series of false starts, dead ends, and hard lessons into a working metaphor for his own career. Or, rather, the plucky underdog career he would love for everyone to confuse with the world-conquering, lawsuit-filing, thetan-slinging onslaught he actually has.

Review: The Fault in Our Stars